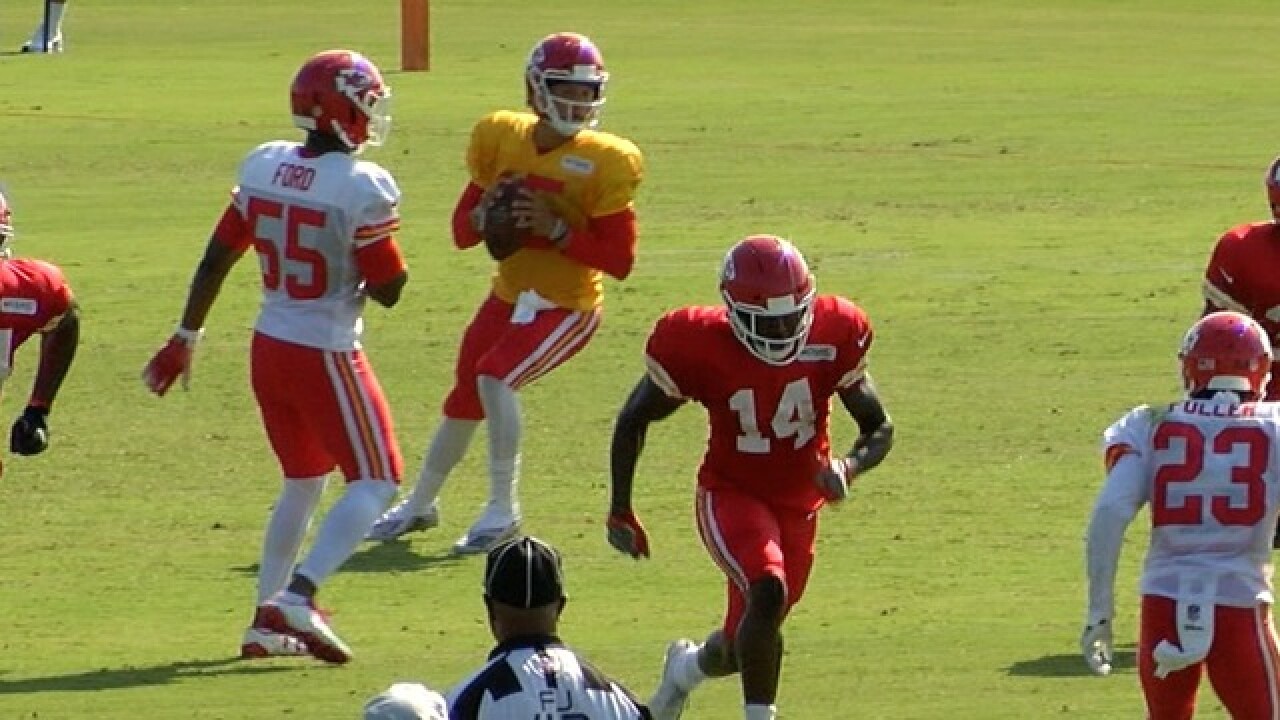 Barnwell wrote the list isn’t necessarily based on skill or importance, but how much the person will be in conversations and will influence the game in the 2018 season.

Chiefs quarterback Patrick Mahomes comes in at no. 16 on the list. Mahomes is listed in the “The Rookies (or Almost Rookies)” group.

Since the Chiefs picked the former Texas Tech quarterback 10th overall in the 2017 draft, the Chiefs Kingdom has had Mahomes fever. Mahomes, now in his sophomore season as the starter, is learning how to operate the offense.

““You want to try to see as much as you can, similar to the regular season. Defenses will try to blitz, they’ll try to mix up stuff against our offense. So, for me, to have a test like that as the last preseason game will help me a ton going forward,” said Mahomes during Monday’s press conference.

Toward the bottom of the list is wide receiver Sammy Watkins, who is in the "Wild Cards Who Could Decide the Season” group. Barnwell wrote that the Chiefs didn't really need another weapon, but “went all-in on weapons for Mahomes.”

Although Mahomes and Watkins have done well in practice, it hasn’t translated that great in the preseason games. Watkins caught one of four targets for 15 yards Saturday against the Bears.

Before that game, he had no receptions.

“Yeah, I feel like we’re really connecting on everything we’ve done throughout practices,” Mahomes stated. “You’ve seen the deep balls, you’ve seen the deep plays and now we’re just going to get them to translate to the games. I feel like as we open up the offense more, he’ll have more and more opportunities to make those big plays.”

Chiefs play the Packers in their final preseason game and will face the Chargers in LA on Sept. 9.