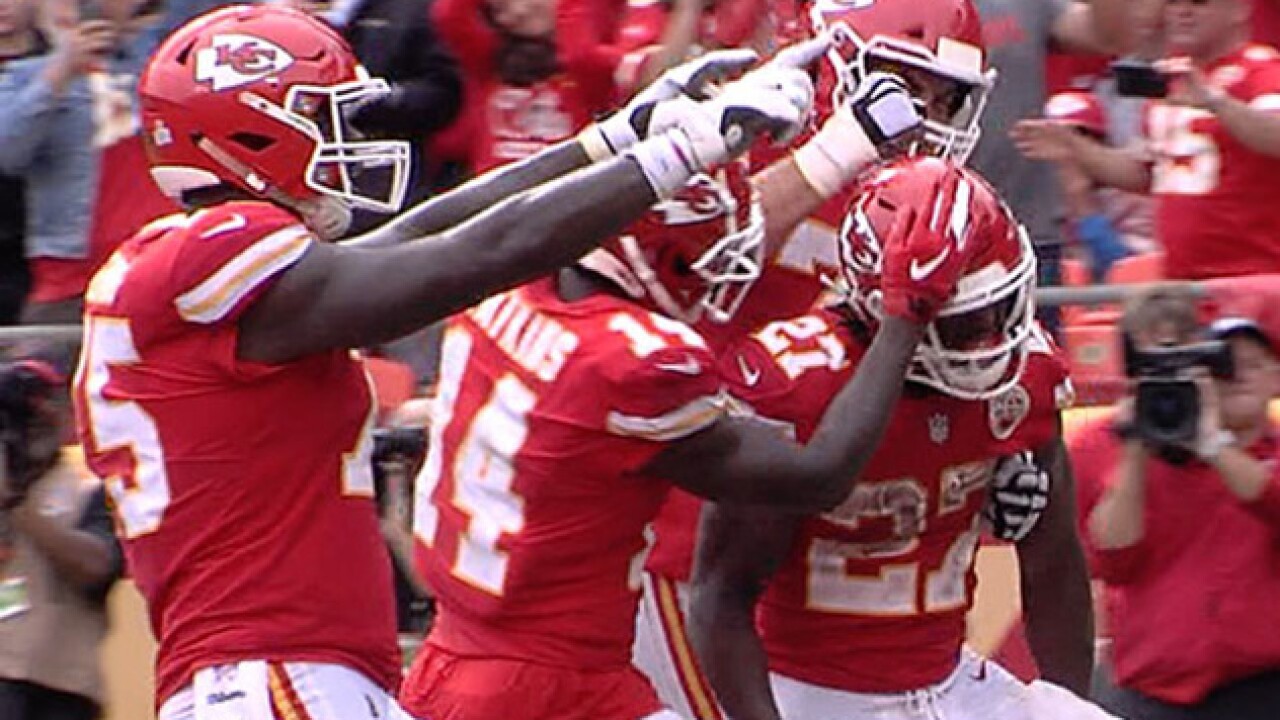 The Chiefs' upcoming game against arguably the greatest head coach-player combination of all time, Bill Belichick and Tom Brady, will undoubtedly be quarterback Patrick Mahomes' toughest test this year.

"[Belichick] will have something new like the last crew," head coach Andy Reid said during his weekly media press conference at the team practice facility Monday. "Bill is gonna find what he feels is best and he'll test you. But again, you gotta trust your eyes and what you see and go play."

Mahomes had been gashing up the NFL with his sensational play making, poise and command on the field. But while he's made it look easy the first five weeks of the season, he knows that game won't be easy against New England.

"He's gonna have a great game plan going into the game. They've had a little bit [of time off]. I think it's like 10 days until they played us," Mahomes said. "They played in the Thursday night game. I'm sure they've watched some games already. And they're gonna watch [the Jacksonville] game and figure out what we struggled with. And so that's the best part of the NFL. [It] is, you get to compete against the best. And you get to go out there and try to win against them."

While the Chiefs shift their focus from a taxing 30-14 home win against the Jacksonville Jaguars, led by a brash yet brilliant corps of defenders, turning their focus 100 percent to the Patriots may be a challenge.

Experts touted Jacksonville's defense as the league's best. Players such as cornerback Jalen Ramsey aren't shy about letting other teams and players know it either. It was a war of words between the two teams prior to Sunday's game at a rainy Arrowhead Stadium. That tension boiled over onto the field. And there were times Chiefs players couldn't contain their energy and sometimes anger, which certainly came at a price.

The Chiefs lost two defenders (Dee Ford and Chris Jones) due to ejection.

"The effort was great. The intensity was great. We got a little chirpy on the end," Jones said. "We got a whole lot of aggression in. But the intensity, the effort and the toughness that the defense played with, I'm just proud of my guys."

While Jones liked his team's effort, he won't like the possible consequence of his ejection: a one-game suspension. If the league does suspend Jones, he won't play against New England.

"You play to the whistle and then, you get yourself back in the huddle and come back for the next play," Reid said. "There [were] a lot of extracurricular things going on before our guys, you know, they did that for a while. And they had about enough of it."

The New England Patriots, just like Jacksonville, are another team with the ability to get under the opposition's skin. While it hasn't been the greatest of starts for the Patriots, two straight victories in convincing fashion against Miami and Indianapolis following an embarrassing 26-10 defeat at Detroit has restored thoughts of the team being the team to beat once again in the AFC.

It will be the biggest test for Kansas City so far this season. Last year, the team started 5-0 and lost five of their next six games, and never recovered in 2017. The final chapter of the downward spiral came in the AFC Wildcard playoff home loss to Tennessee.

If the Chiefs are able to break through against New England, it would go a long way to solidifying them as the best team in the league.