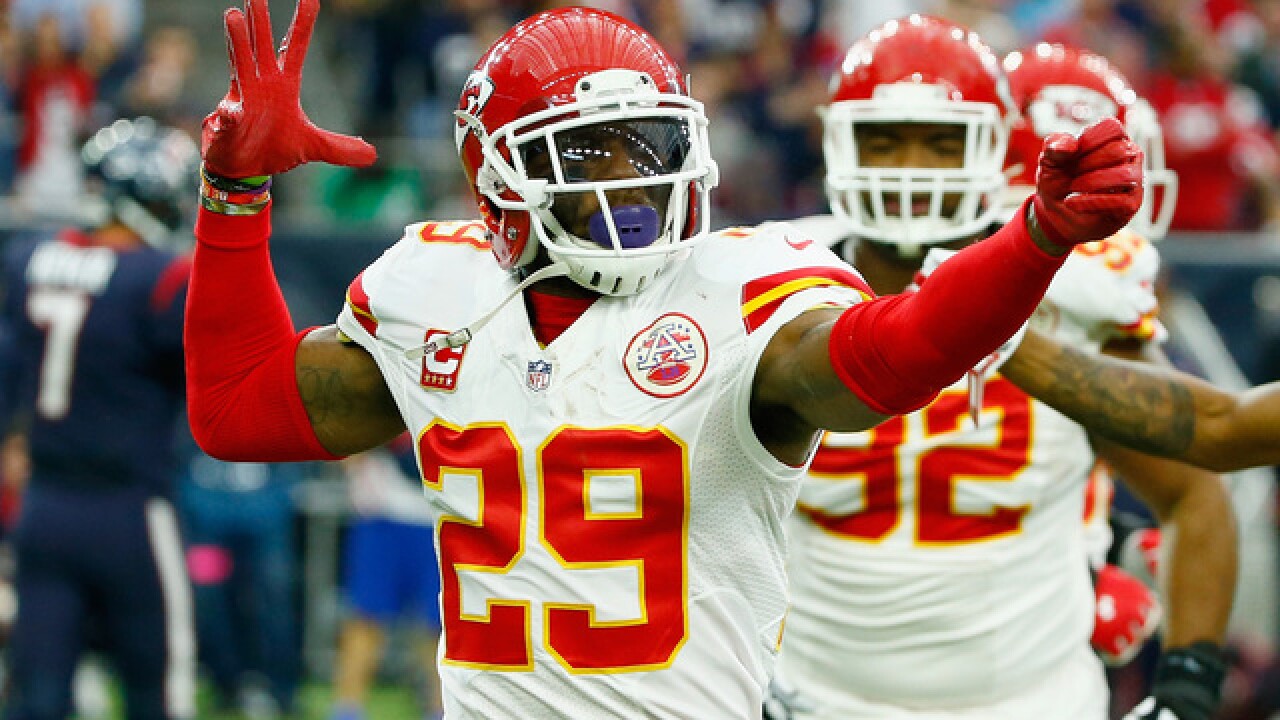 Kansas City, Mo. -   An Achilles heel: most commonly used as an expression meaning a “vulnerability or area of weakness.” But it was born into legend as a physical and ultimately fatal vulnerability of a great warrior.

Well, lately in the NFL, it is becoming more of a literal expression than figurative.

These are our modern-day warriors and their heels – more specifically, their Achilles tendons – are taking them down.

This news catches the attention of Chiefs fans, of course, after both Eric Berry and Chris Conley suffered season-ending Achilles injuries last season, and after Derrick Johnson tore his Achilles twice in the span of 27 months.

And you can bet Chief fans are on high alert after Berry missed three straight practices this week with “a sore heel.” Berry also had a sore heel during training camp last season. He didn’t make it through the first game of the season.

Even the Chiefs aren’t hiding their concern. “We are being cautious with it,” said head coach Andy Reid. “Trying to be smart. Eric has been playing a long time. He is doing a great job of communicating to us how he feels.”

It’s not just Kansas City. Achilles injuries are up league-wide. In a study from 2011-15, 46 players reported Achilles injuries. Richard Sherman, Terrell Suggs, Michael Crabtree, and Arian Foster are just a few of the stars sidelined by the injury.

Of those 46, 24 of the NFL players never played again or shortly retired after their injury. Doctors say even after you recover, you may never have the same explosion you had before the injury. Observers of Chiefs practice this season are noticing a less-than-100% version of Conley.

Overall, the return rate from Achilles injuries is only 73%. Compare that to an 82% return rate for players recovering from an ACL tear, generally regarded as one of the most devastating football injuries. Both steal some of the main qualities that got these players to the NFL in the first place: explosion, sudden deceleration, sudden acceleration, turning, quick-twitch, speed, etc.

Maybe more than anything it can rob a player of his confidence. Once you tear one Achilles tendon, the chances of you tearing the other one go way up. It’s the last thing you want your superstar athletes concentrating on.

“I don’t want to think about it too much,” said Johnson in 2017 before he returned from his second Achilles tear. He said his second recovery went better because the first time “mentally I wasn’t there.”

Much like ACL injuries, Achilles tears often occur with no contact, typically when a player is taking off, turning, or jumping from a sudden stop. The thickest tendon in their body pops and the player begins a year’s worth of rehab.

On average it takes an athlete about 339 days to recover from an Achilles tear. Running backs and linebackers are the toughest hit. The way Berry plays safety, he’s basically a glorified linebacker.

So why are they happening so much? Well, the answer is actually quite easy.

As much as athletes can increase their muscle mass, power, strength, and speed, their Achilles tendon is going to stay the same size. There are no curls for Achilles tendons or protein drinks for the heel. Thus, in theory, the bigger the other parts of your body get, the better candidate you become for an Achilles injury. The tendon is having to bear that much more weight and strain.

Plus, while Eric Berry is genetically more gifted in every way than you and me, our Achilles tendons are all about the same size.

And NFL players are learning the hard way. In 2017, according to the San Diego Union-Tribune, ankle injuries (including sprains) resulted in the second-most missed games of any injury, a total of 600 games missed league wide. Knee injuries accounted for the most, 1,602.

Even though it seemed like the Chiefs led the world in injured players last season, they weren’t even in the Top 5. The Giants lost 17 players for eight weeks or more last season resulting in 309 games missed.

Injuries matter and while most are on the decline with the NFL’s newfound dedication to player safety, the Achilles injury is on the rise and remains a tough one to solve.

Achilles himself was a Greek myth. His demise, however, is a very real problem for the NFL.