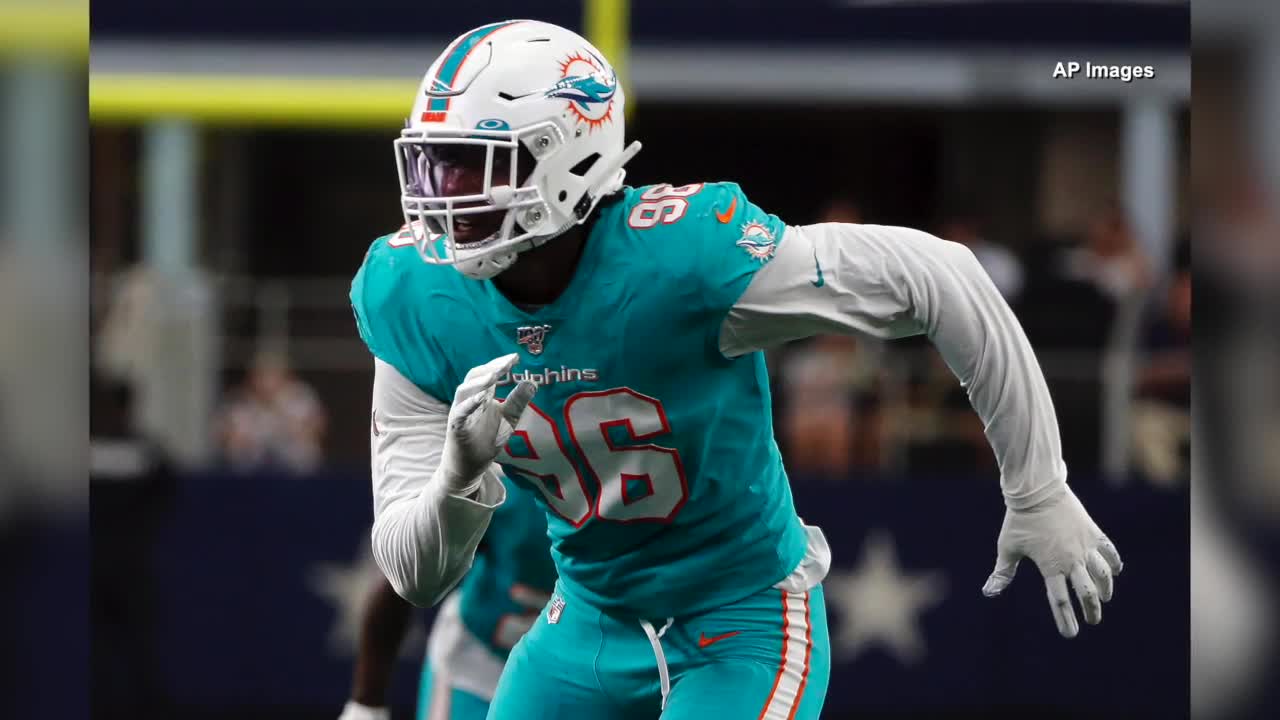 The Chiefs scored so big in the first round of the 2017 NFL Draft, they decided to add another member from it, signing defensive end Taco Charlton who had disappointing stints with Dallas and Miami to begin his NFL career. 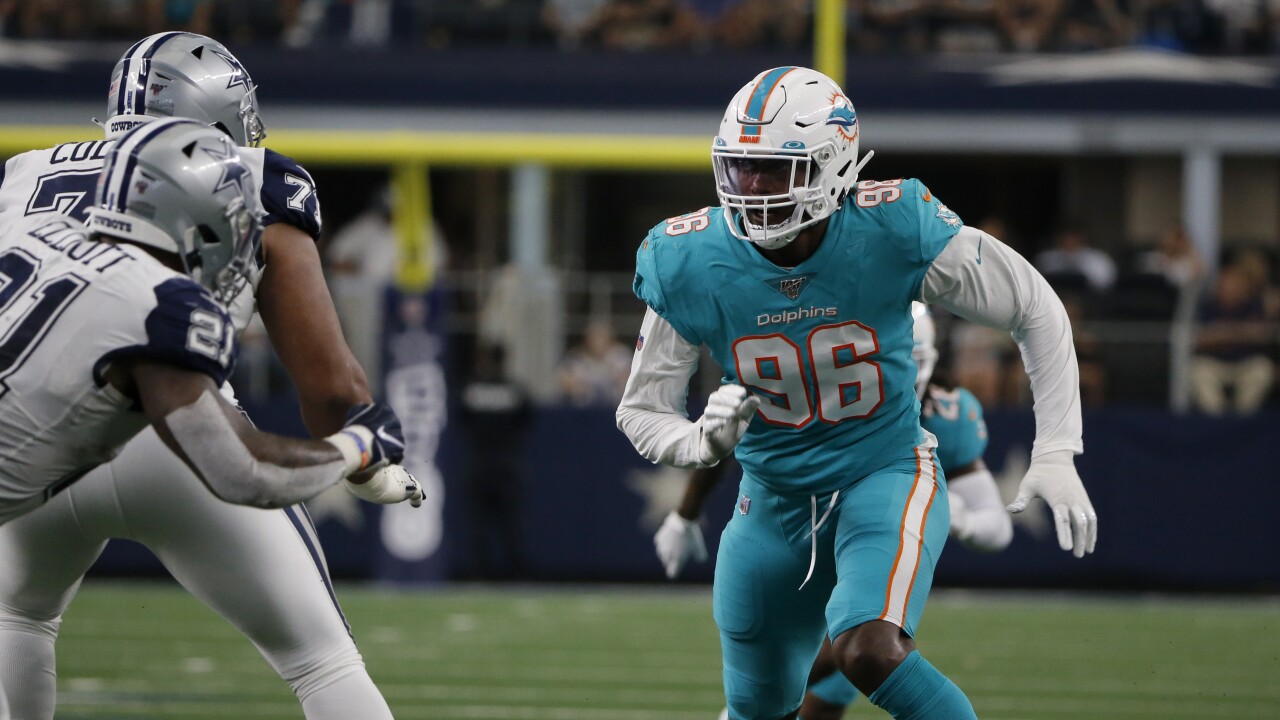 KANSAS CITY, Mo. — The Chiefs scored so big in the first round of the 2017 NFL Draft, they decided to add another member from it.

By the way, that's the draft when Kansas City picked Patrick Mahomes.

The newest Chief is defensive end Taco Charlton, who signed a one-year deal with the Chiefs in early May. He was taken 18 picks after Mahomes, who went 10th overall in that 2017 Draft.

Unlike Mahomes, a league MVP and Super Bowl-winning quarterback, Charlton's yet to live up to that first-round billing in stints with Dallas, who drafted him from the University of Michigan, and Miami.

"It didn't work out for different reasons, certain situations at each place," Charlton said Wednesday during a videoconference. "But I'm here now and looking forward to my future as a Kansas City Chief."

Charlton, a 6-foot-6 and 270-pound defensive end, has recorded just nine sacks in his three years in the NFL and is looking for a fresh start with the Chiefs.

"Nothing else matters to me money-wise," he said. "I just want to play football. I feel like I can add myself to a good defense."

Charlton already knows one member of that defense very well. He backed up Frank Clark at Michigan, and the two have remained close ever since.

"At Michigan, he kind of took me under his wing," Charlton said of Clark, "and we continue that friendship and brotherhood."