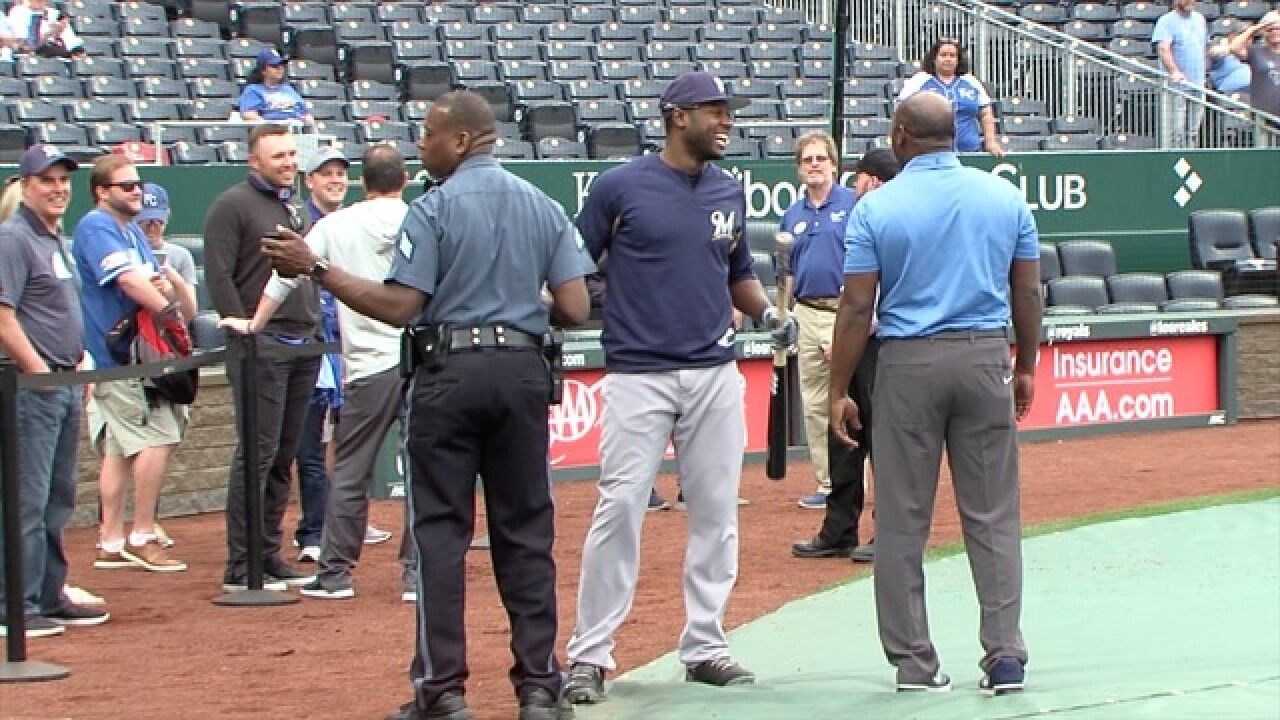 Copyright 2018 Scripps Media, Inc. All rights reserved. This material may not be published, broadcast, rewritten, or redistributed.
<p>Lorenzo Cain (center) talks to several people at the stadium during Brewers team batting practice at Kauffman Stadium.</p> 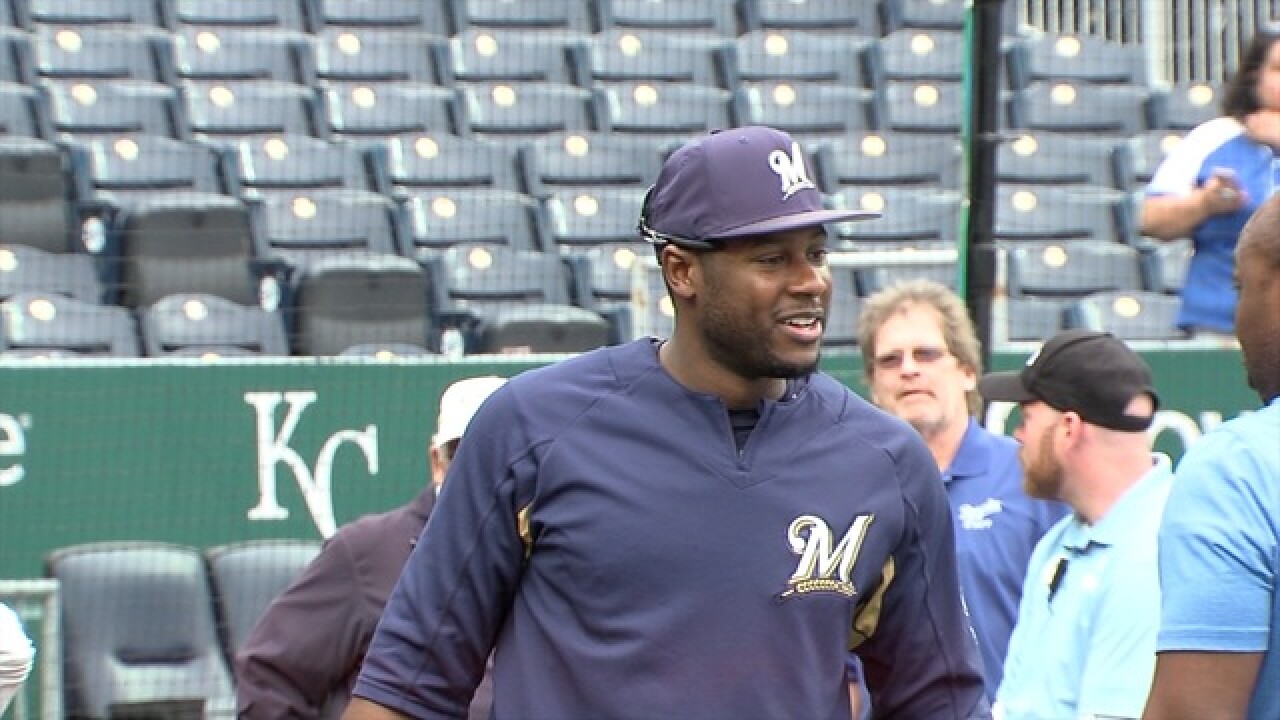 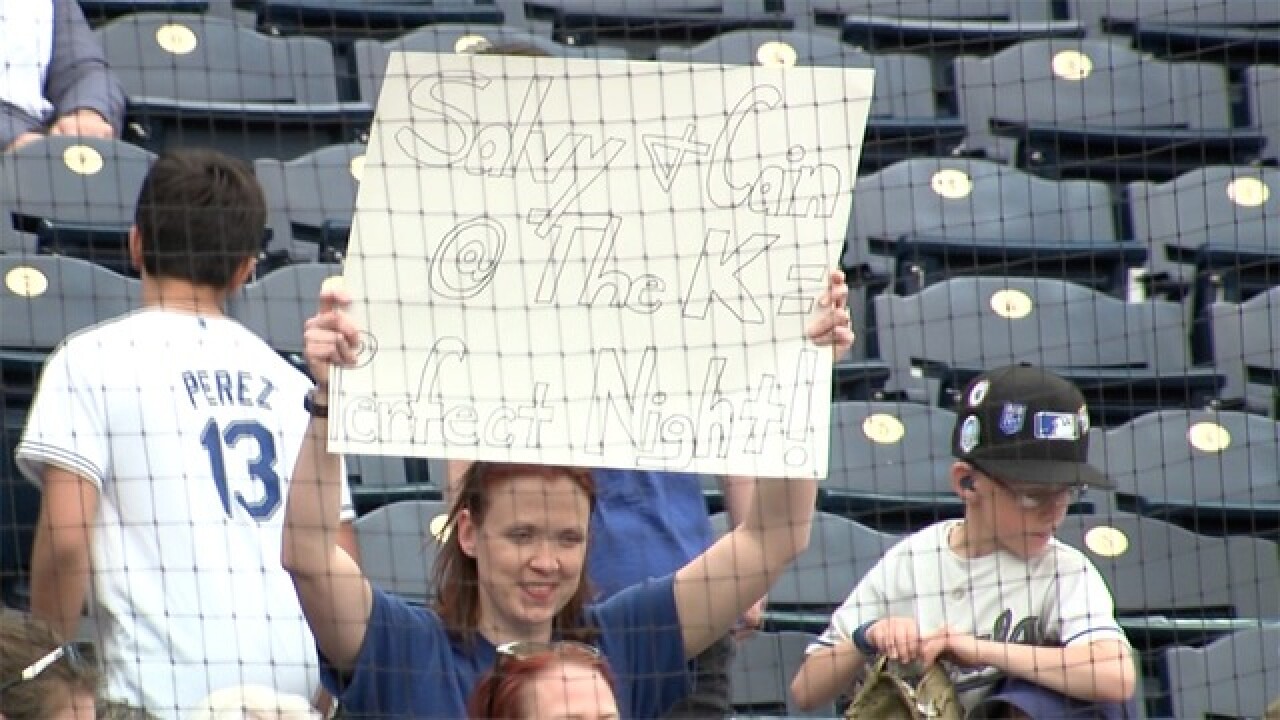 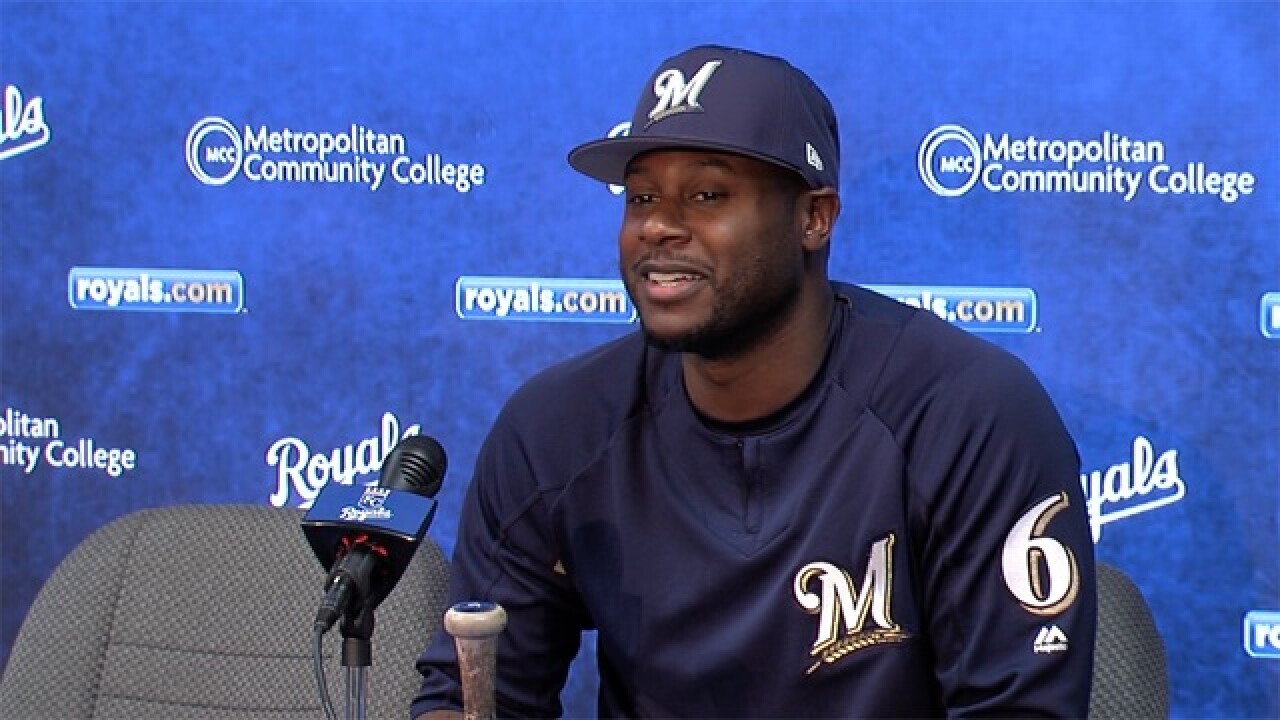 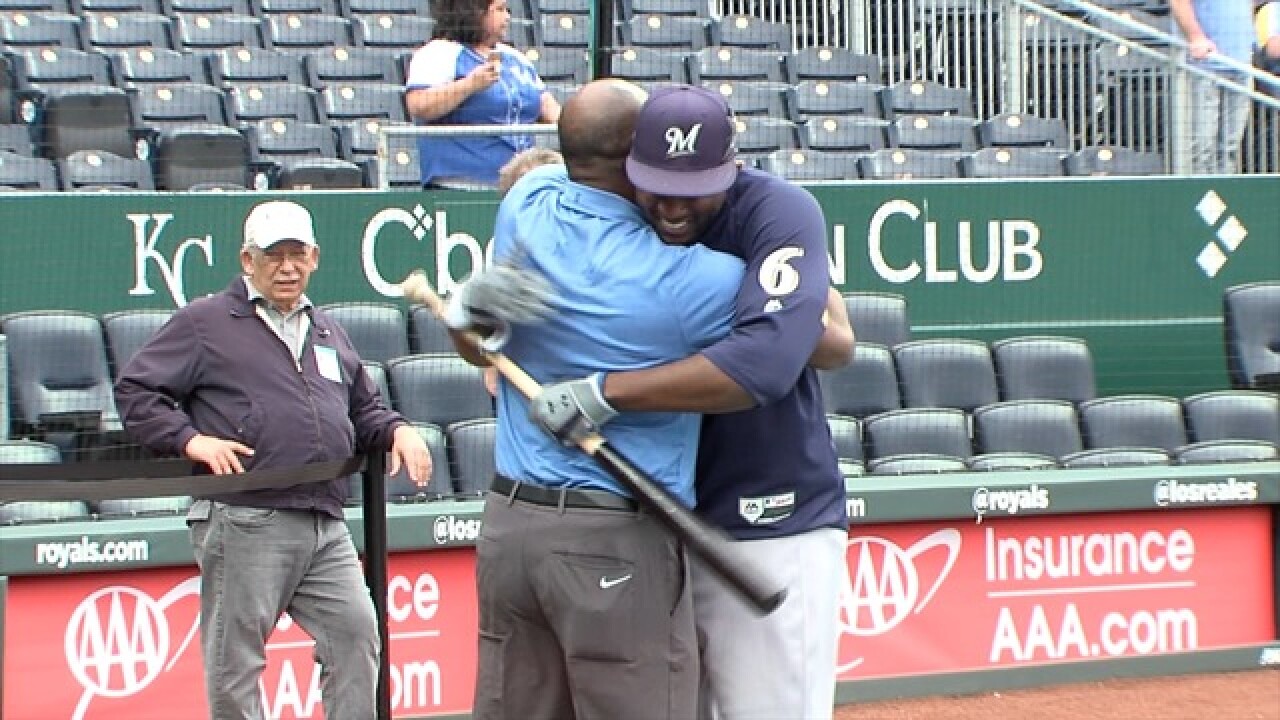 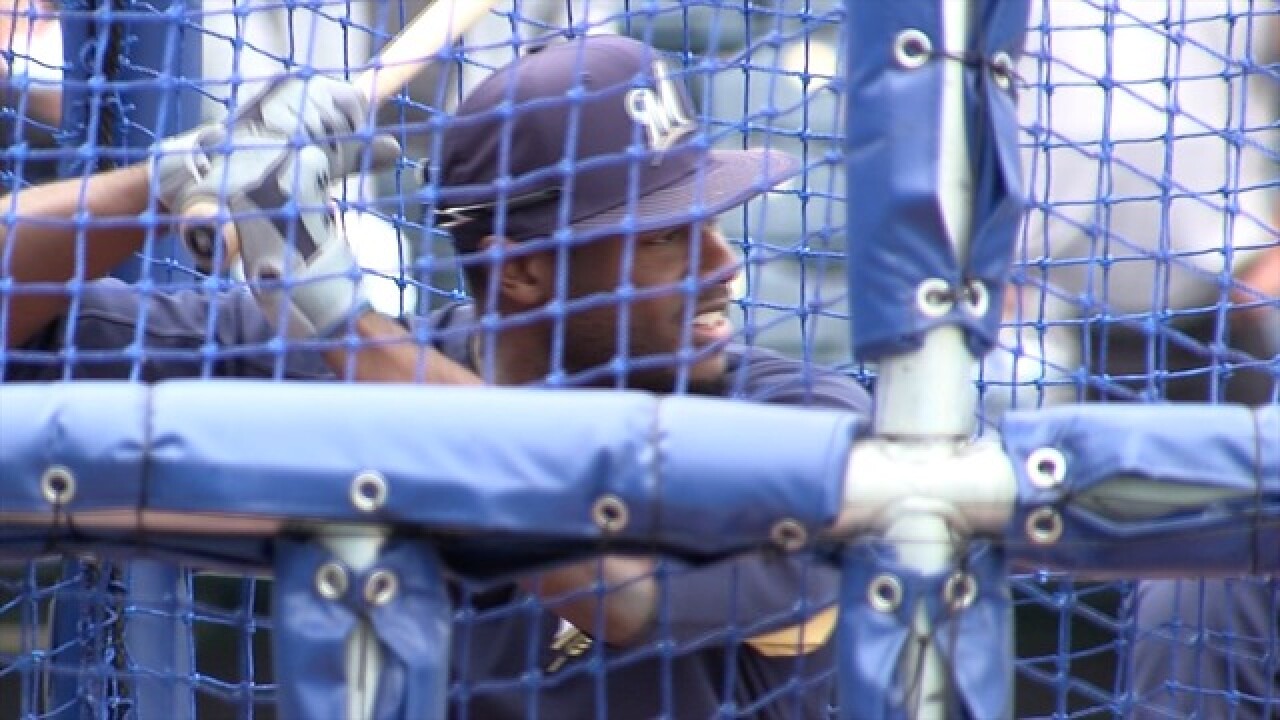 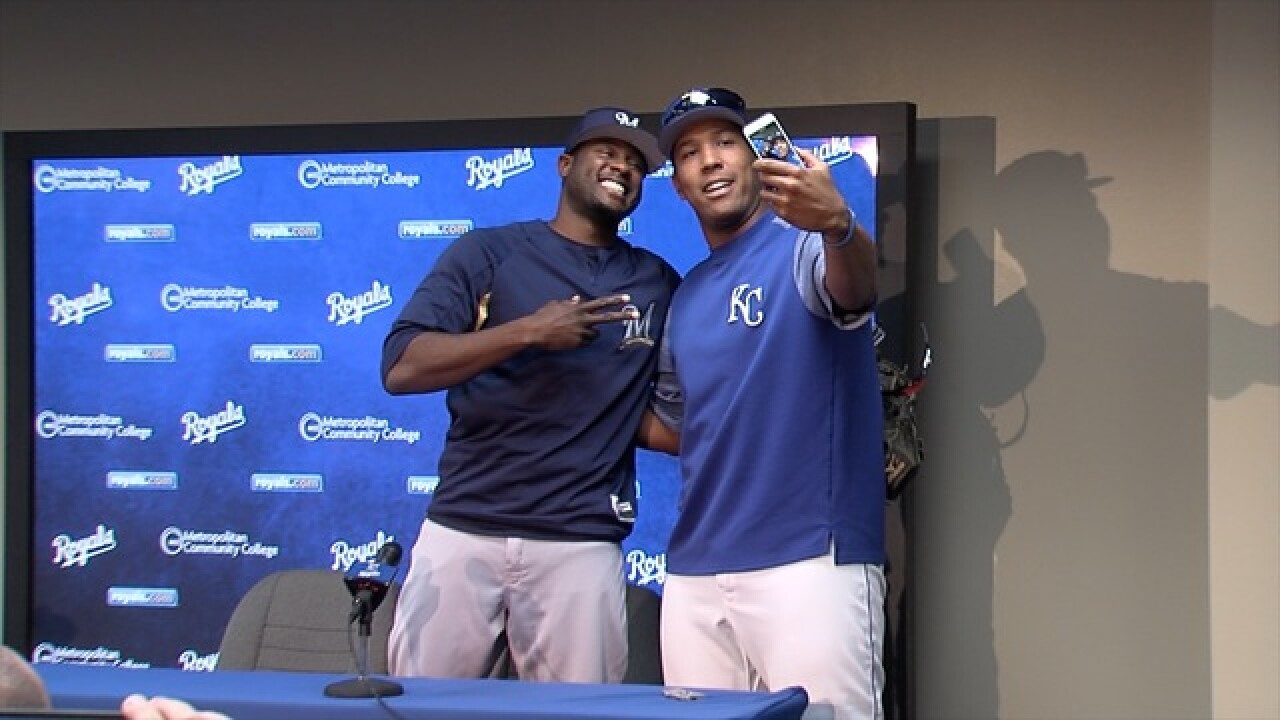 After all, there were so many memories he and the team shared, including appearing in two World Series in back-to-back years and winning one in 2015 against the New York Mets.

Tuesday night brought another memory Lorenzo won't soon forget — hitting a home run during his homecoming game, in the seventh inning, and receiving a standing ovation from the Royals home crowd.

It was certainly written on his face how he felt returning to the place where he had so many fond memories.

"It feels great," Lorenzo said in a press conference. "I went straight to the home club side and saw everybody. A lot of handshakes, a lot of hugs, you know. So, it was definitely good times."

Former Royals & current Milwaukee Brewers outfielder Lorenzo Cain receives a warm welcome back to Kauffman Stadium. The crowd cheered Lo-Cain and he hugged Salvy as he approached the plate. pic.twitter.com/4Gkw4qJaxT

Royals Manager Ned Yost seemed uncharacteristically nostalgic when talking about the player he coached in Kansas City for seven years.

"Lorenzo came in today for about 45 minutes. [He] got to catch up with the guys a little bit. They were equally as excited to see him," Yost said. "He was able to be in the clubhouse. A lot of special memories here. You kind of forget that you miss guys a little bit when they're not here. But, when you see them, it makes you realize that he's a pretty special player."

Even the players in the Royals clubhouse were excited to see and hear from the man they had gone to the World Series with.

"He came over here and said hi to all the boys. He said hi to everybody," Royals third baseman Mike Moustakas said. "You know, when you spend parts of ten years with the guy, you know, it's a little bit different of a relationship. You know, he's more like a brother more than anything to a lot of us. So, seeing him was awesome."