Fuller headed back to Washington 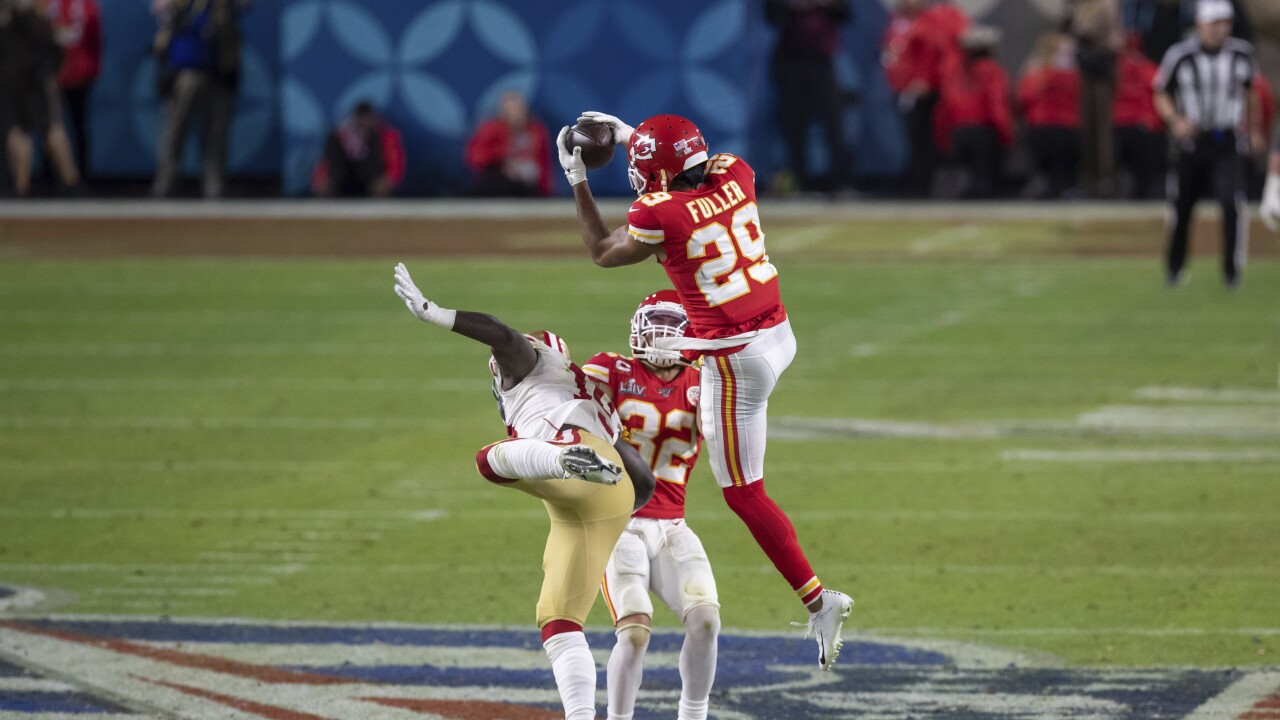 KANSAS CITY, Mo. — He had the lasting image of Super Bowl LIV: a game-sealing interception of 49ers' quarterback Jimmy Garoppolo.

And now it appears that will be Kendall Fuller's final image as a Chief.

The NFL Network is reporting the free agent defensive back will sign a four-year deal worth around $40 million with the Redskins.

Of course, Fuller arrived in Kansas City two years ago from Washington in a trade with Alex Smith.

Fuller had three interceptions with the Chiefs in his two seasons in Kansas City.