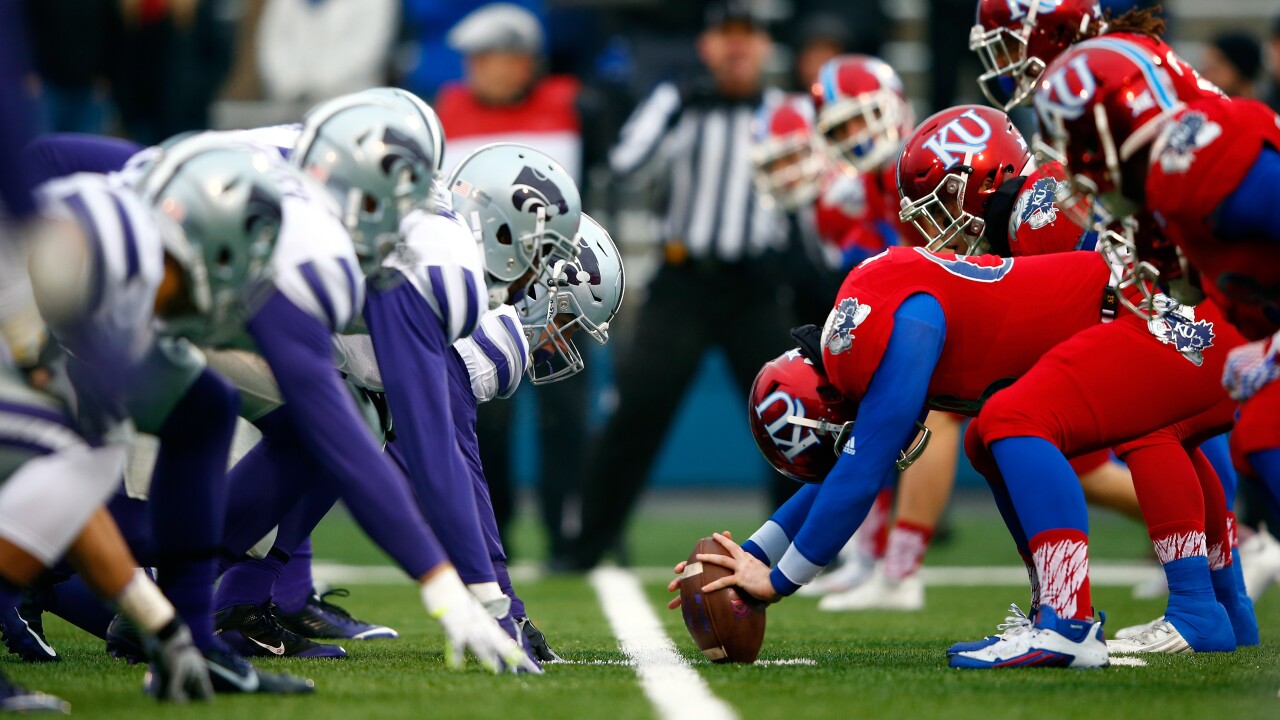 KANSAS CITY, Mo. — We're right in the middle of the 2019 college football season.

Heck, Kansas and Kansas State haven't even played this season yet, but the 2020 schedule has been set.

The Jayhawks will host four Big 12 Conference games and hit the road for five conference contests in 2020.

Meanwhile, the Wildcats open Big 12 play away from Manhattan for the 20th time in the 25-year history of the league, travelingl to West Virginia on Sept. 26, 2020.

After opening 2020 against New Hampshire, KU will follow up with Boston College.

But for the first time since the 2012 season, coach Les Miles' squad will open Big 12 play before finishing off its non-conference schedule. The Jayhawks travel to play Baylor during the second week of the season.

The Wildcats have five home games in the first six weeks of the season.

K-State also will go to Iowa State for a Thursday night game in late October.