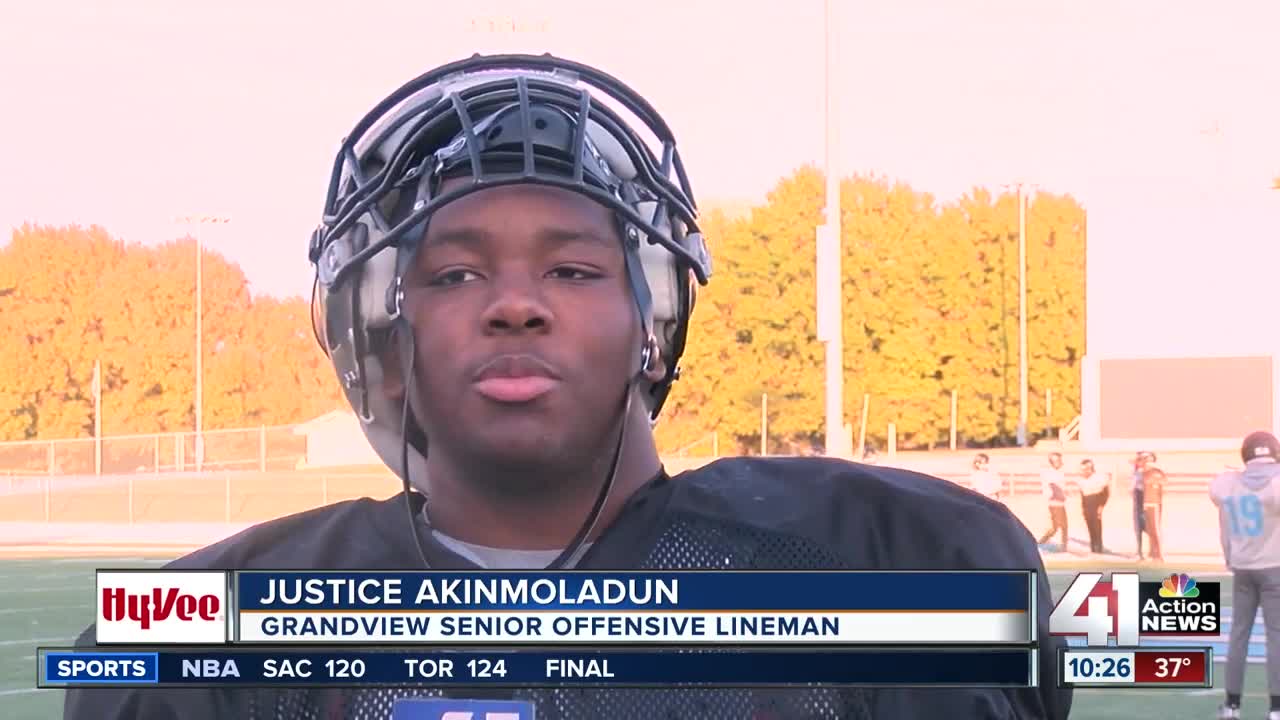 The Hy-Vee Athlete of the Week is Justice Akinmoladun. 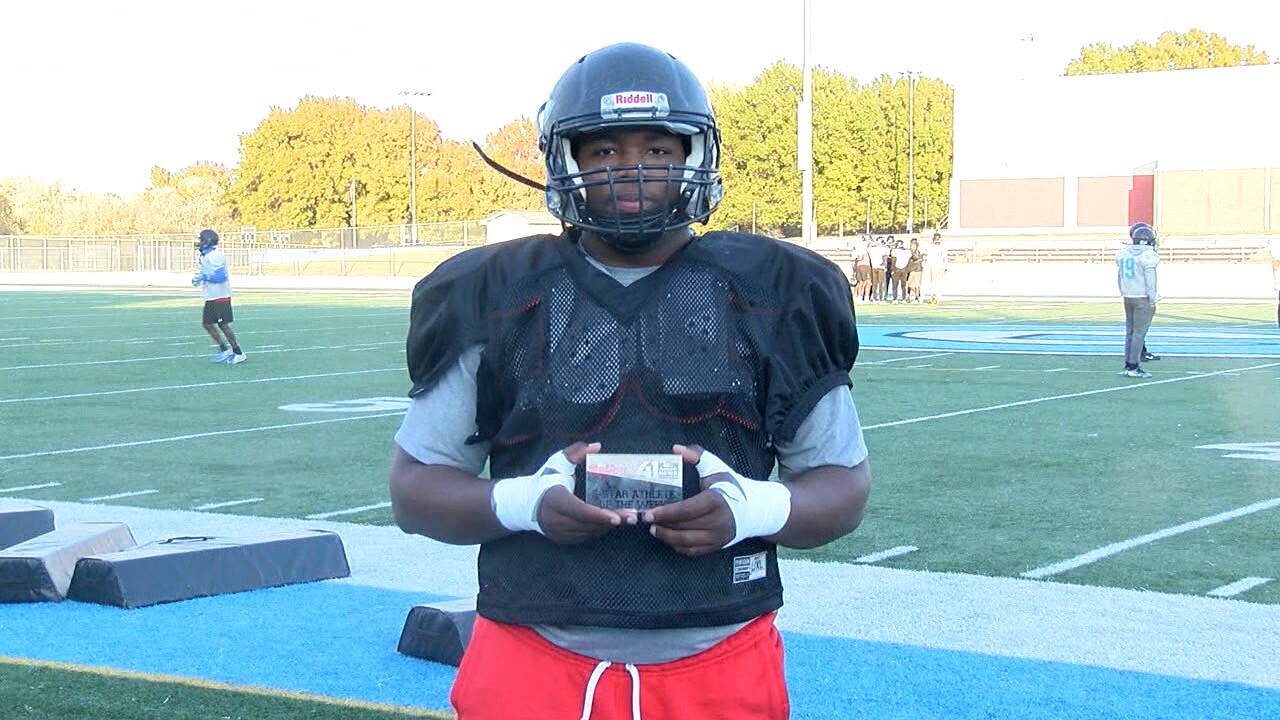 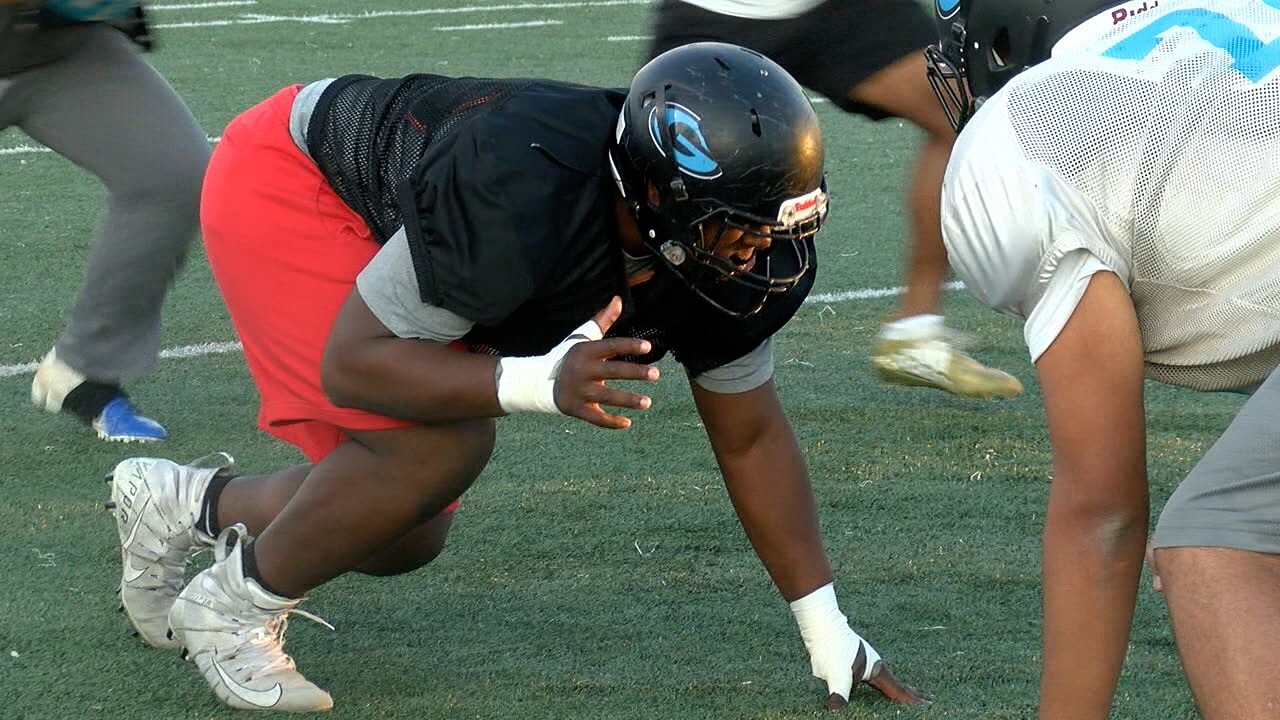 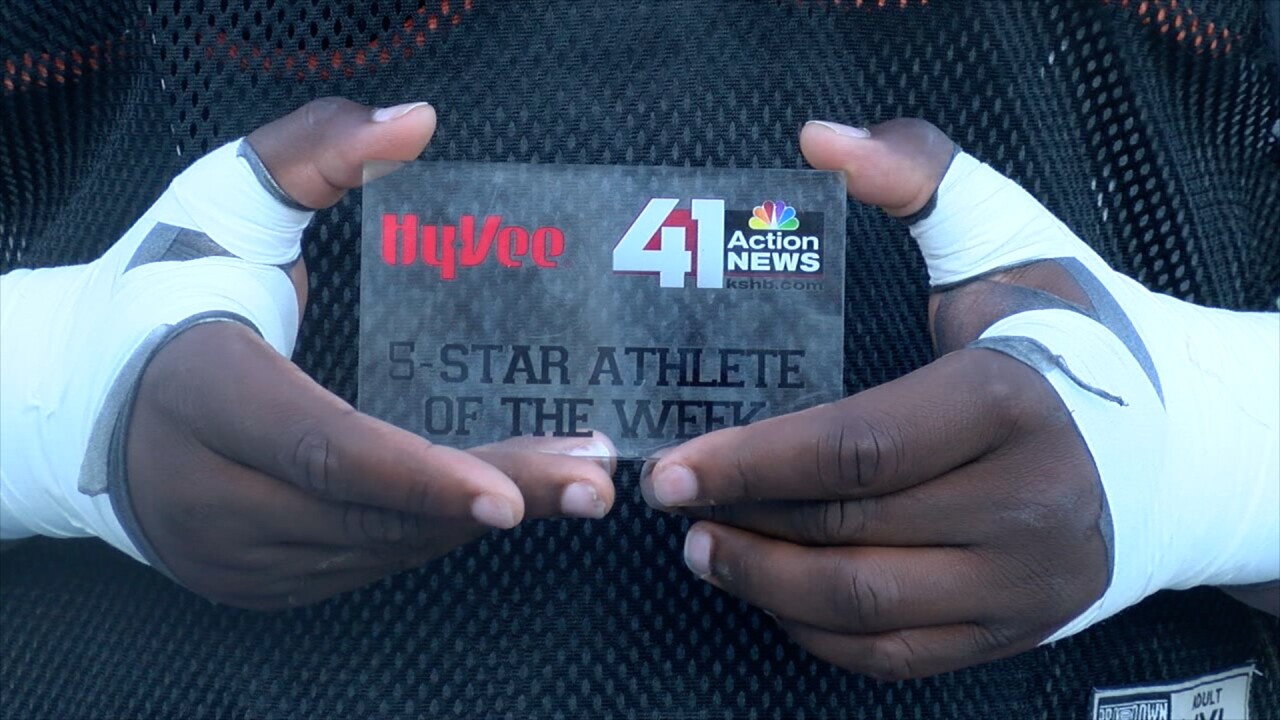 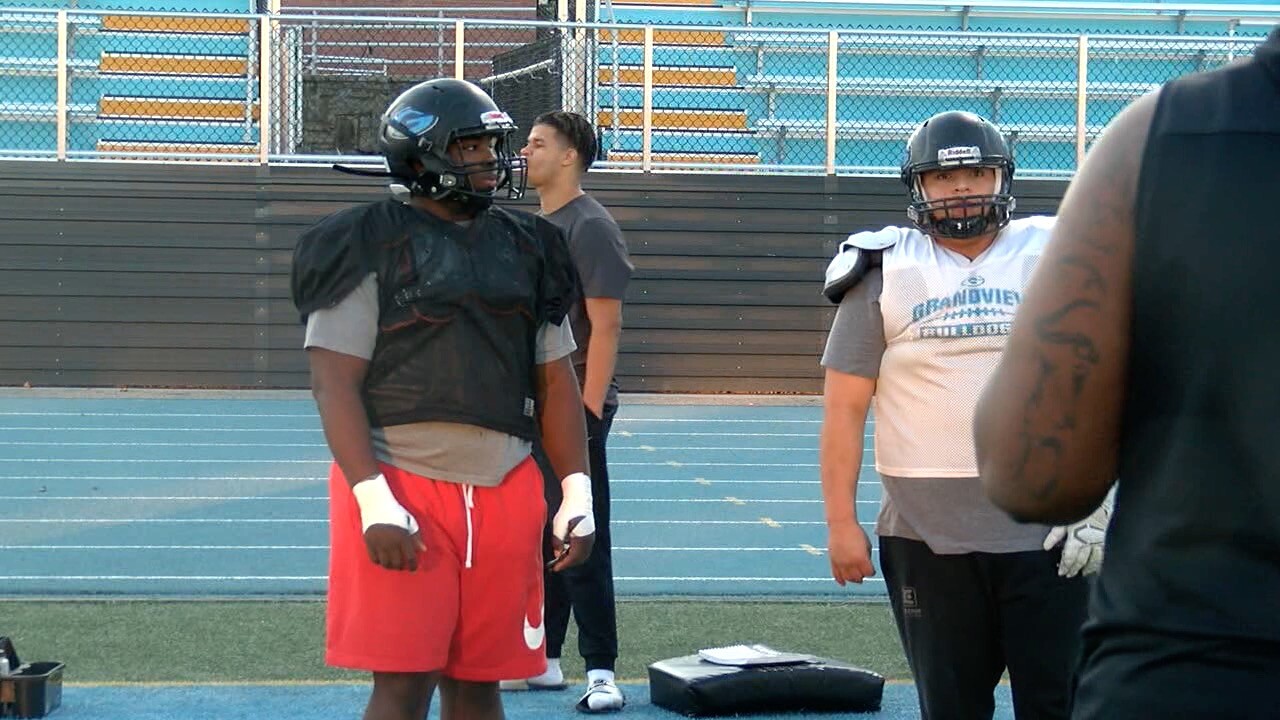 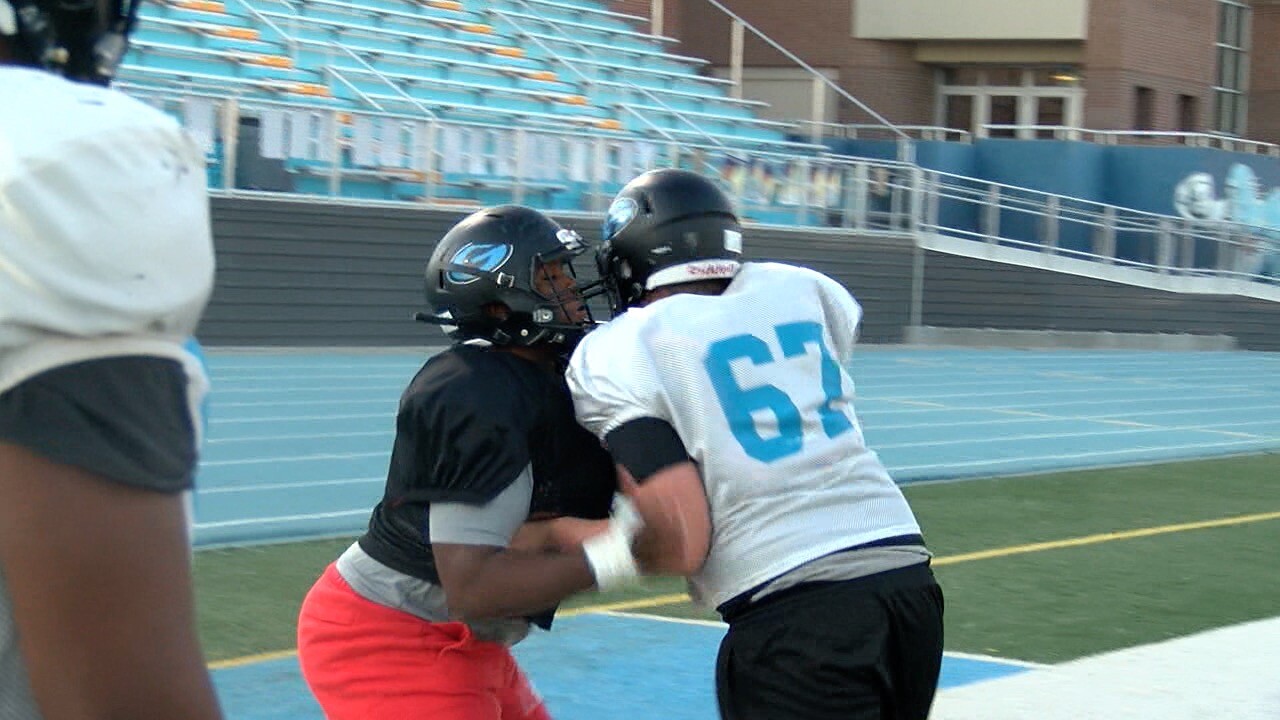 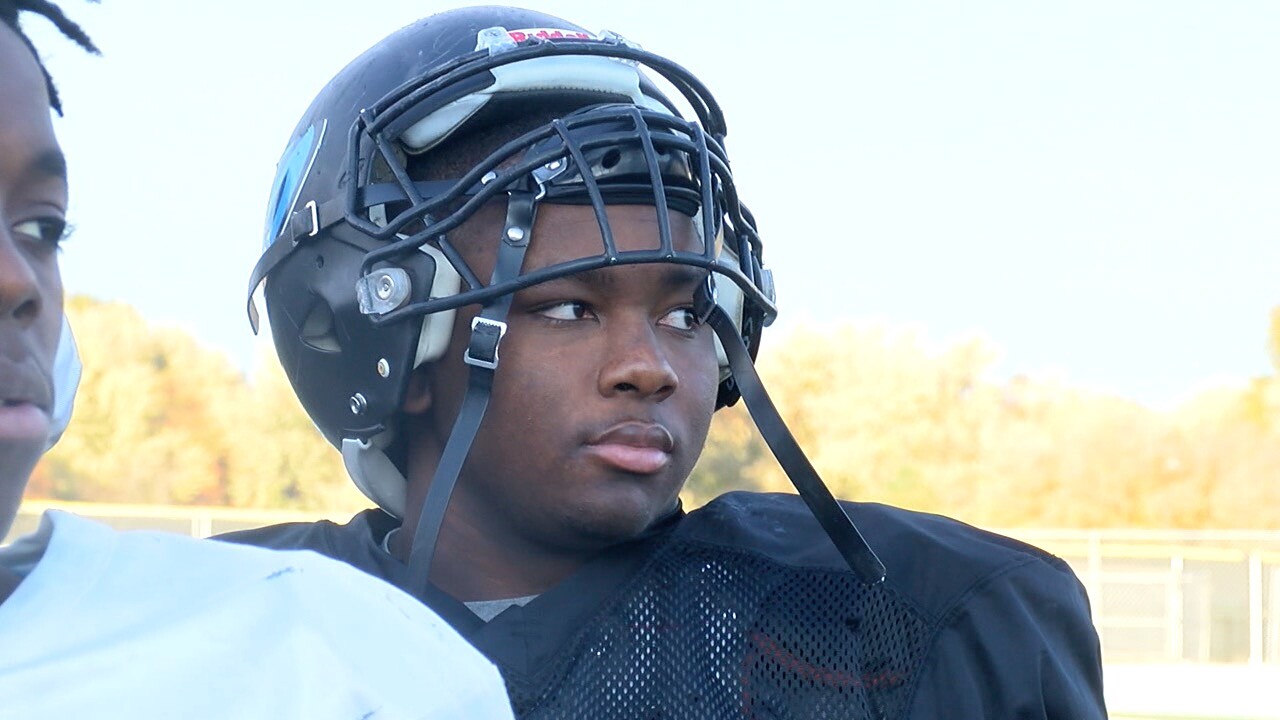 Grandview senior standout Justice Akinmoladun glamorized two unglamorous positions by dominating on both sides of the ball last Friday. He anchored the offensive line and helped Grandview rushers gain 295 yards on the ground in their 31-6 home win over Belton (0-10) in the Missouri Class 4, District 7 semifinals. He also had 11 tackles, a sack and a forced fumble on defense and terrorized Belton's offensive front.

Akinmoladun credits the entire team's preparation going into the game against the Pirates for his success Friday night. He also said that everyone around him supports and looks out for each other on the field.

"I mean, we had a good week of practice," Akinmoladun said. "And, you know, those are my brothers and we got a good relationship. So, we all understand each other. You help me, I help you. That trust helps [us] push each other to be better."

It's no surprise that Grandview head coach Jeremie Picard is extremely high on Akinmoladun. He's played at a high level all season, amassing 95 total tackles (10 tackles for loss), 6.5 sacks and three forced fumbles for the year on defense. He also has continued to help Grandview rushers put up incredible numbers on the ground.

"He's a special talent," Picard said. "You know, this year, he's just turned on a different one. And, he just basically, you know, he doesn't come off the field. You know, they say that a lot of times. He gets a lot of college recruiters and stuff that ask questions. And, one of those things they say is, 'The best thing you can say about that kid is that he doesn't come off that field.' And, that's the honest to God with him. He's arguably our most impactful player."

Grandview (5-5) has played well down the stretch winning four of its last five games, including a 29-23 home win on Oct. 25 against heavily favored Platte County. The Bulldogs hope to continue their momentum when they travel to face Grain Valley in the district semifinals on Friday. The team is starting to believe in its abilities.

"I know what Coach [Picard] always says it's a good time to become scary," Akinmoladun said. Now, people are scared to play us. You know, if we just keep putting in the effort and putting in the work and always stay humble, we'll succeed."