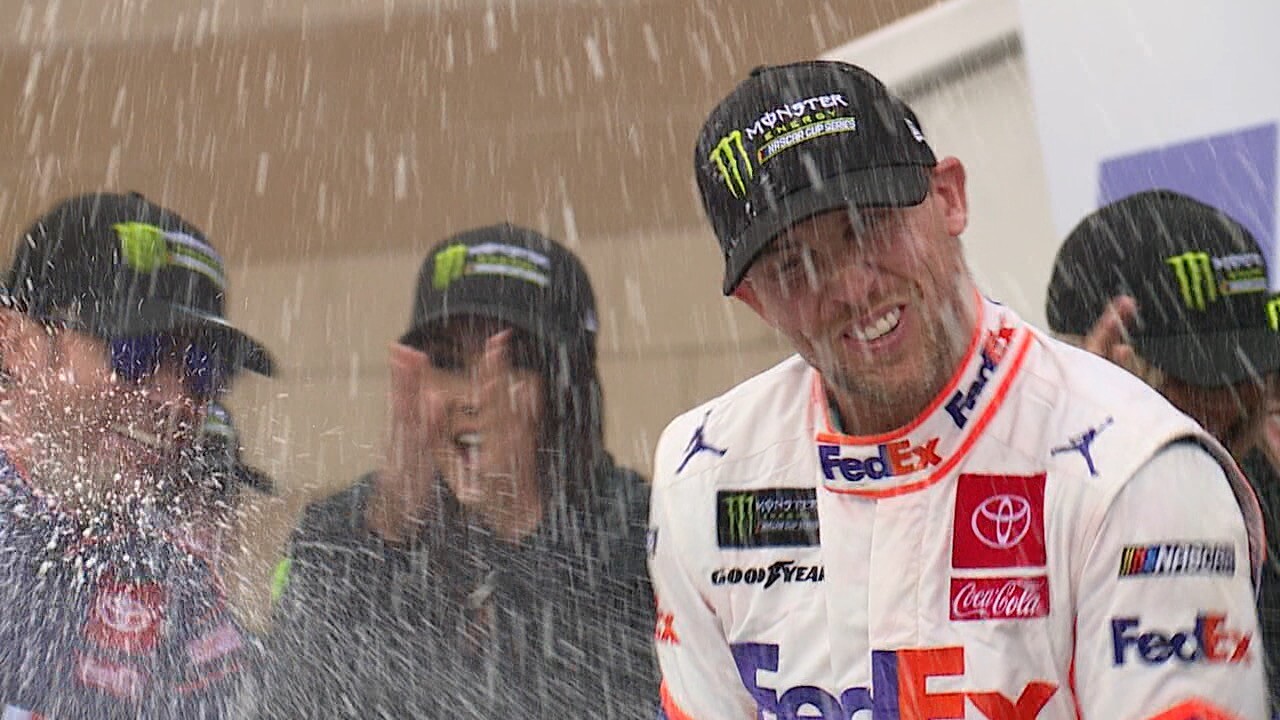 Copyright 2021 Scripps Media, Inc. All rights reserved. This material may not be published, broadcast, rewritten, or redistributed.
Denny Hamlin gets showered with champagne in Victory Lane after winning the Hollywood Casino 400 at the Kansas Speedway.

Elliott managed to finish second and advanced to the round of eight on points when Brad Keselowski, whom he'd been dueling with all afternoon, got boxed in on the restart and lost too many spots.

In a bit of irony, it was Keselowski who helped bring out the caution on the first try of the green-white-checkered finish when he got into Daniel Suarez. The field was nearing the start-finish line but the caution light came on before the leader took the white flag, forcing a second overtime.

Kyle Busch wound up third, followed by Kurt Busch and William Byron. But the key was Keselowski, who dropped from 13th to 19th on the restart and out of the next round of the playoffs.