Hang the banner?: KU finishes atop AP basketball poll, but it's not unanimous 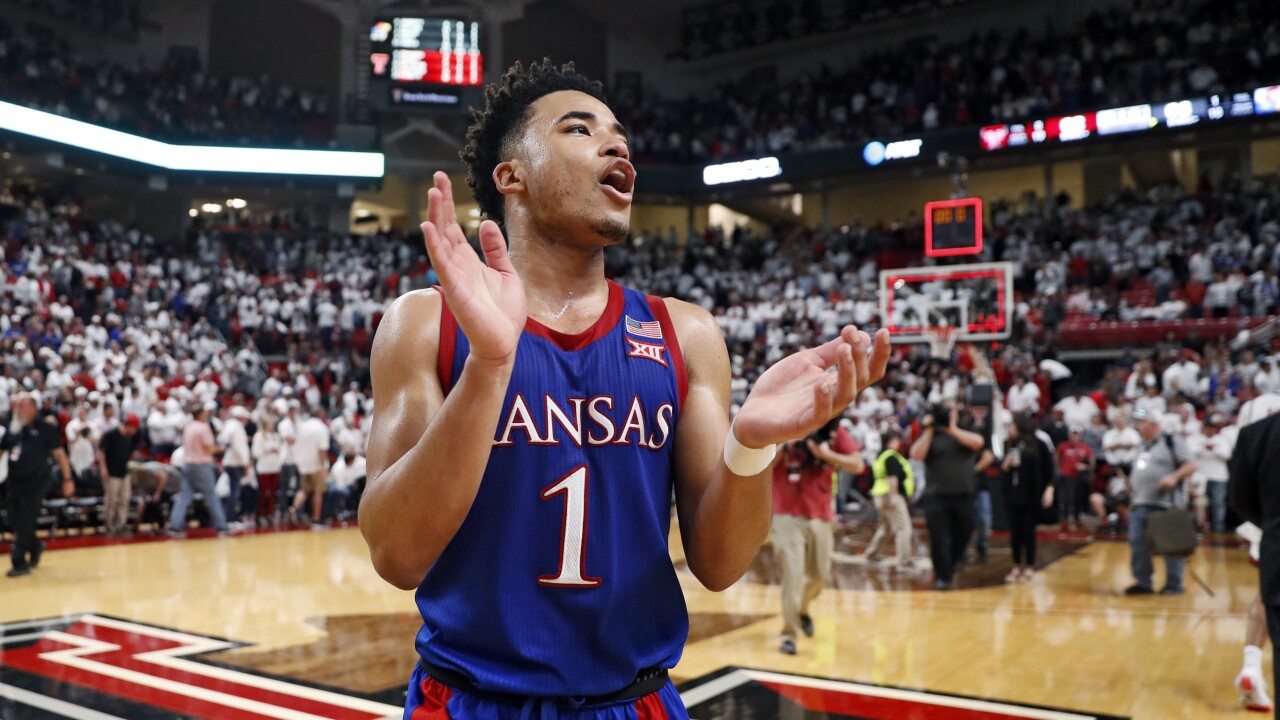 LAWRENCE, Kan. — To no one’s surprise, Kansas has finished the season No. 1 in The Associated Press college basketball poll.

But after being a unanimous choice for the last two week, the Jayhawks only received 63 of 65 first-place votes from a national media panel.

Gonzaga finished second and Dayton was third in the voting with each team receiving one first-place vote.

It's the fourth time since the inception of the men's poll for the 1946-47 season that KU finished on top, but the Jayhawks won’t get to compete for a national title because the tournament was canceled this year amid the coronavirus pandemic.

The AP poll is typically released before the NCAA Tournament, but with it canceled the debate now begins about if this should count as a national title for Kansas.

The Jayhawks have won three national championships (1952, 1988 and 2008), but the program claims five titles and hangs banners for a pair of Helms Athletic Foundation Championships from the early 1920s.

Thus, it wouldn't be unprecedented for KU to claim a national title that was awarded and not won on the court.

After finishing as the only undefeated team in 2017, Central Florida claimed a national championship in football despite being left out of the College Football Playoff, which Alabama won.

The NCAA recognized the Golden Knights in August 2018 as co-champions for the 2017 college football season after it finished atop the Colley-Matrix poll, so there's precedent from other sports as well.