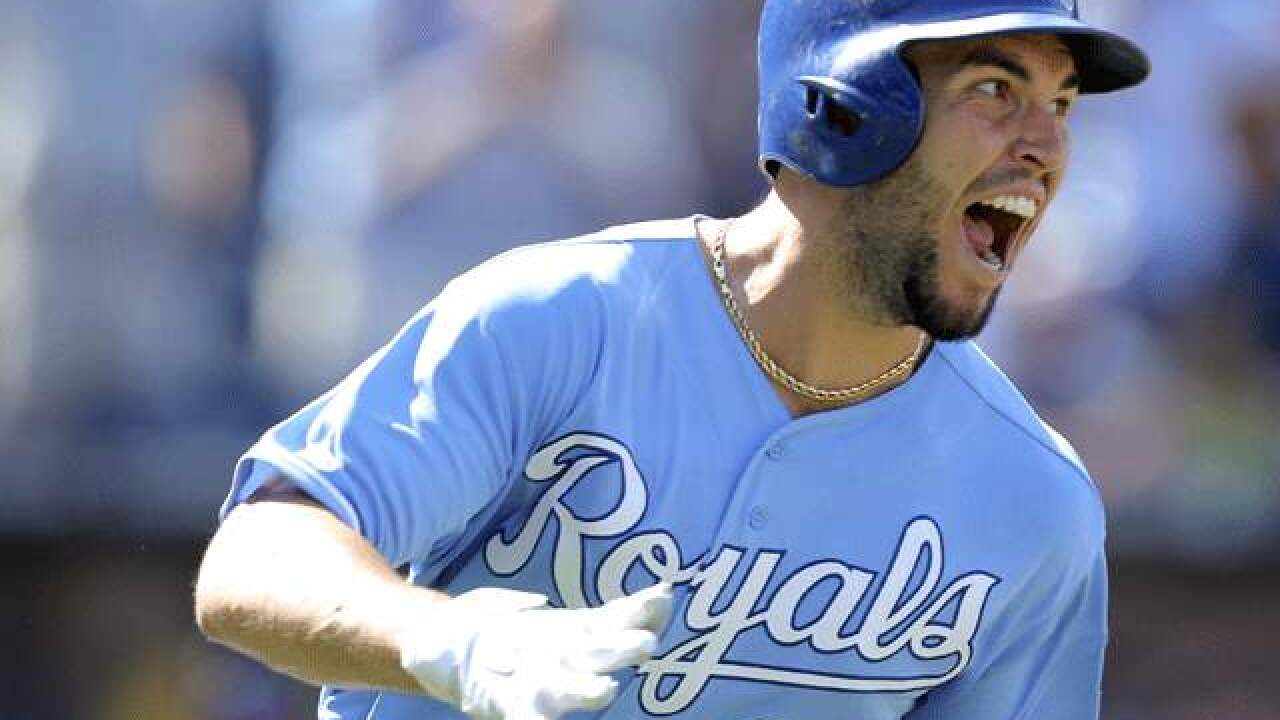 Copyright Getty Images
Ed Zurga/Getty Images
<p>Eric Hosmer #35 of the Kansas City Royals rounds first as he celebrates his game-winning RBI single in the 10th inning during a game against the Detroit Tigers at Kauffman Stadium on June 12, 2013 in Kansas City, Missouri. The Royals won 3-2.</p>

KANSAS CITY, Mo. — With the Royals barreling toward 100 losses for a second consecutive season, any time is a good time to look ahead to next season.

And Monday that's exactly what the Royals did, releasing the club's 2020 schedule.

For the third straight season, the Royals will open the schedule against the White Sox, this time in Chicago on March 26. It will be the Royals' earliest Opening Day in club history.

The Royals' home opener is a week later, on April 2, against Seattle.

The I-70 series with St. Louis will be played at Kauffman Stadium from August 4-5 and at Busch Stadium from September 15-16.

Former Royal Eric Hosmer is first baseman for the Padres, who come to town July 24-26. It will be Hosmer's first visit to Kauffman Stadium since signing with the Padres after the 2017 season.