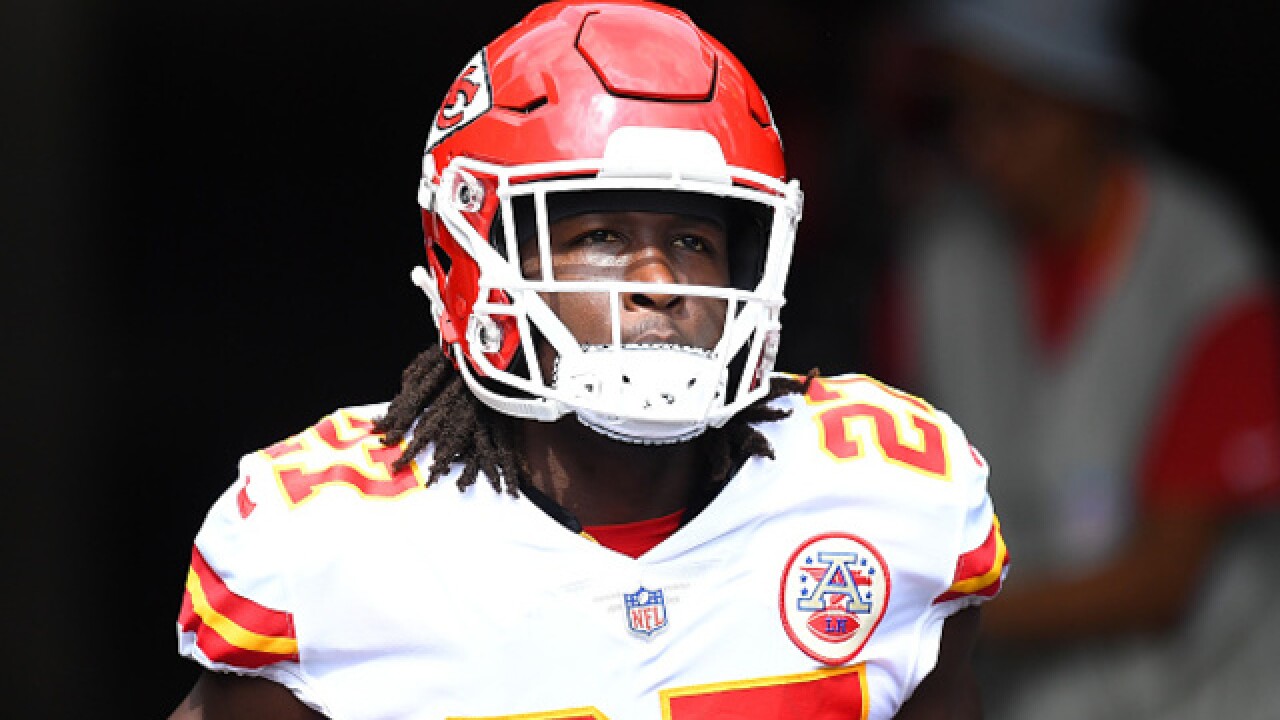 Copyright 2018 Scripps Media, Inc. All rights reserved. This material may not be published, broadcast, rewritten, or redistributed.
Joe Sargent
PITTSBURGH, PA - SEPTEMBER 16: Kareem Hunt #27 of the Kansas City Chiefs looks on during the game against the Pittsburgh Steelers at Heinz Field on September 16, 2018 in Pittsburgh, Pennsylvania. (Photo by Joe Sargent/Getty Images) 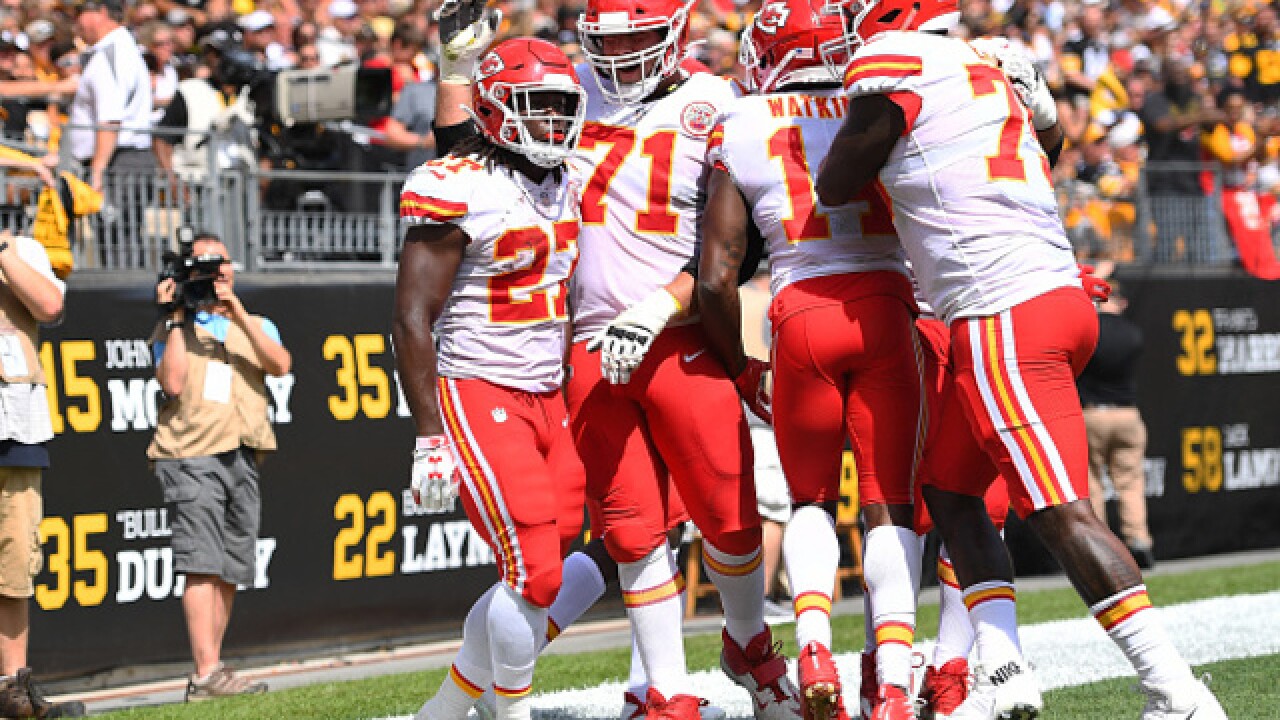 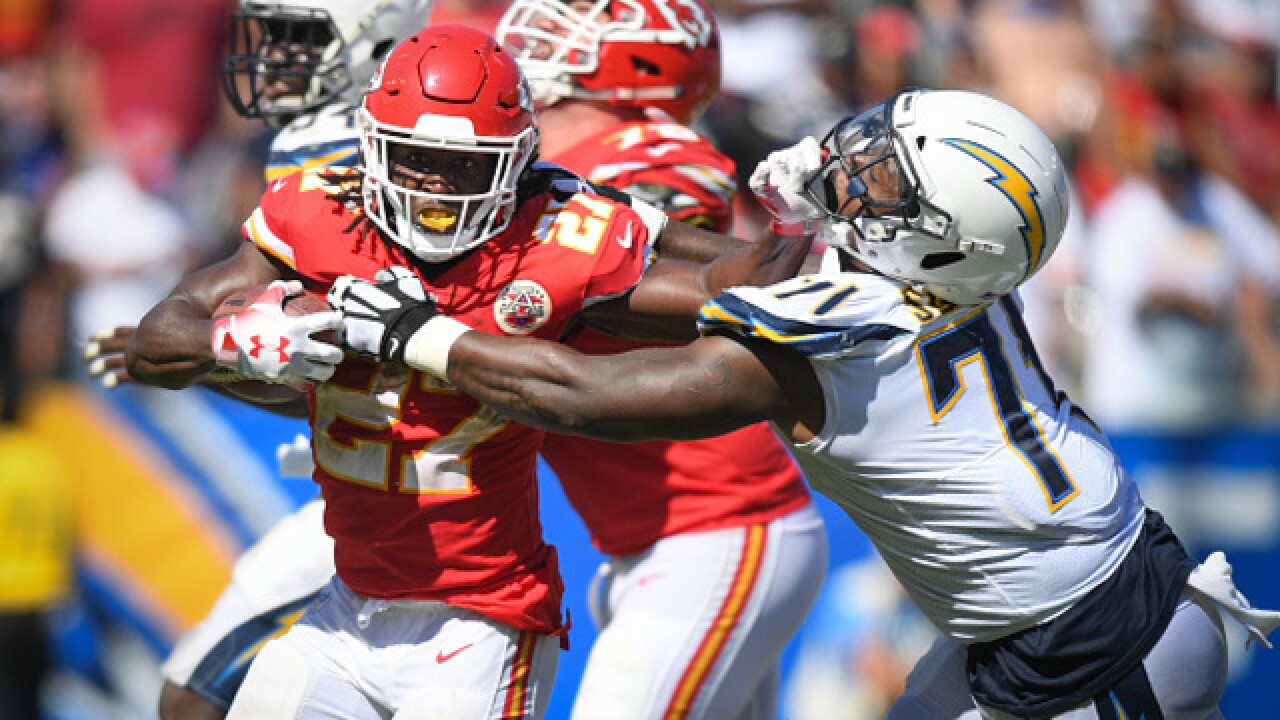 KANSAS CITY, Mo. -- Kareem Hunt burst onto the national spotlight last year in the Chiefs opener at New England, and never showed any signs of slowing down on his way to rushing for nearly 1,500 yards.

For the first two games this year, he has a receiving touchdown, but is showing a lot more versatility in the "new look" offense.

"I know the numbers are not there, but the effort, the energy, and the detail is better than what it was at anytime at this point last season," said offensive coordinator Eric Bieniemy. "Kareem had a big start for us last year, but he's playing better football for us than he did last year.

"He understands exactly what we expect from him. He's done a great job of learning our system and normally players have a better chance to pick it up in their second season."

Hunt may not have the same production when it comes to the Chiefs offense this season, but that's not a bad thing.

One of the reasons Hunt's role has differed has been the Chiefs' distribution of the football.

"We all know Kareem is a tremendous running back when it comes to running the ball," said Chiefs' offensive lineman Laruent Duvernay-Tardif.  "When you look at him this year, the way he's been able to protect and pick up blitzes and stuff like that, it just shows that he's more of a complete running back than he was last year."