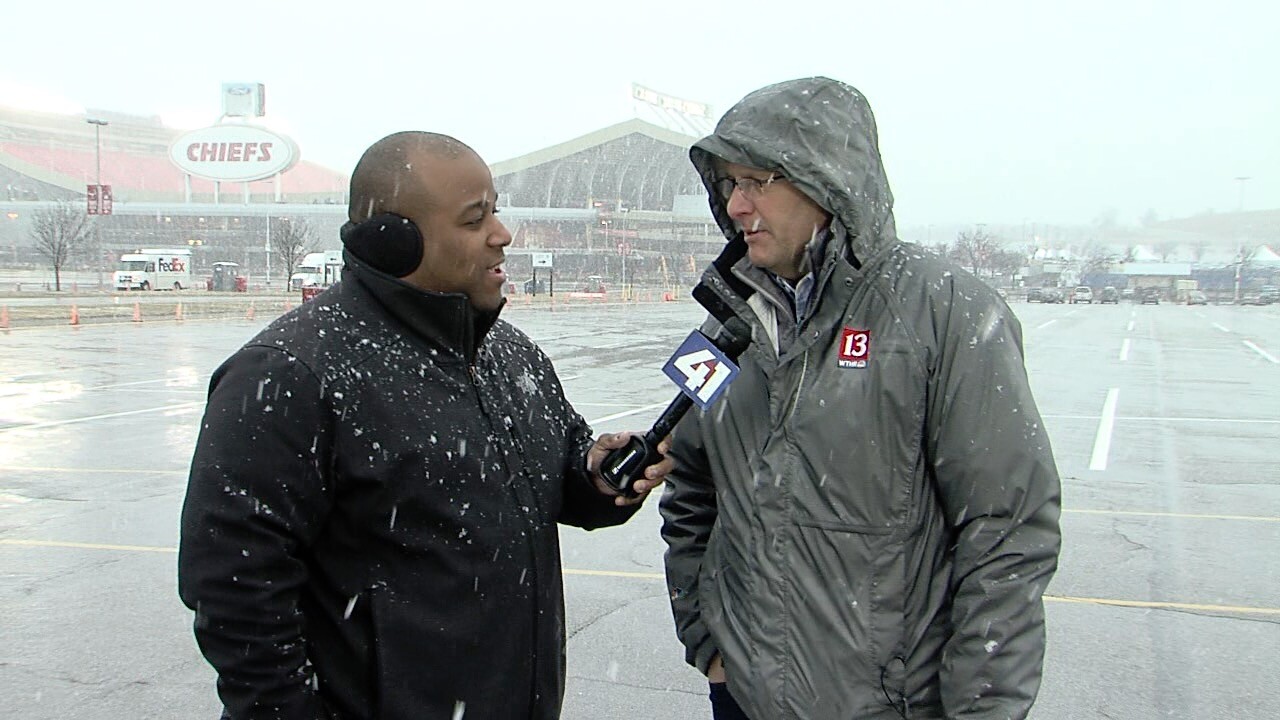 KANSAS CITY, Mo. — Various members of the Kansas City media have followed the Chiefs from the very beginning of the offseason, through training camp until the playoffs. There isn't much that the KC media doesn't already know about the Chiefs going into their big AFC divisional round playoff game against the Indianapolis Colts.

What most media members do know is, the matchup between Chiefs quarterback Patrick Mahomes and Colts quarterback Andrew Luck will most likely be a shootout.

However, aside from Andrew Luck and wide receiver T.Y. Hilton, there are other pieces to the Indianapolis Colts that most Chiefs fans may not know about. That's where 41 Action News enlisted the help of Indianapolis NBC-affiliate WTHR-TV. Sports Director Dave Calabro took a few minutes out of his busy schedule to talk with us about the Colts.

"I think [the snow] really favors the Indianapolis Colts. I know you Chiefs fans don't wanna hear that," Calabro said referring to the Winter Weather Advisory that's been issued for Kansas City and most likely would greatly affect the game. "I think the Colts running game has been very strong over the past 7 to 10 weeks. [Running back] Marlon Mack is the guy that you folks here in Kansas City need to worry about."

Marlon Mack is a second-year running back out of South Florida who has provided some much-needed stability to the Colts running attack. He's come on strong of late, rushing for 908 yards, which is at a fantastic 4.7 yards per carry and 9 touchdowns during the regular season. In a snow storm, the Colts are likely to pound the ball and the Chiefs defense must be prepared to stop the run. That's something they haven't done well all season. Kansas City is 27th in rushing yards allowed giving up 132.1 yards per game which equates to 5.0 yards per rush.

Calabro also talked about their much improved defense led by defensive rookie of the year candidate Darius Leonard. He was the Colts' 2018 second-round pick out of South Carolina State who's proven himself to be a gamer. He broke the Colts' single-season record for most tackles (163) along with 7 sacks and 2 interceptions. The Chiefs offensive line has to know where he is on the field at all times in order to keep Patrick Mahomes upright and allow him time to find his targets.

"We call [Darius Leonard] the maniac because when you watch him play, the guy's all over the field. He's very fast," Calabro said. "That's the thing about the Colts defense. The defensive line is very fast. And, that'll be a big important part of the game on Saturday."