Jayhawks come from behind to win in Morgantown, 58-49 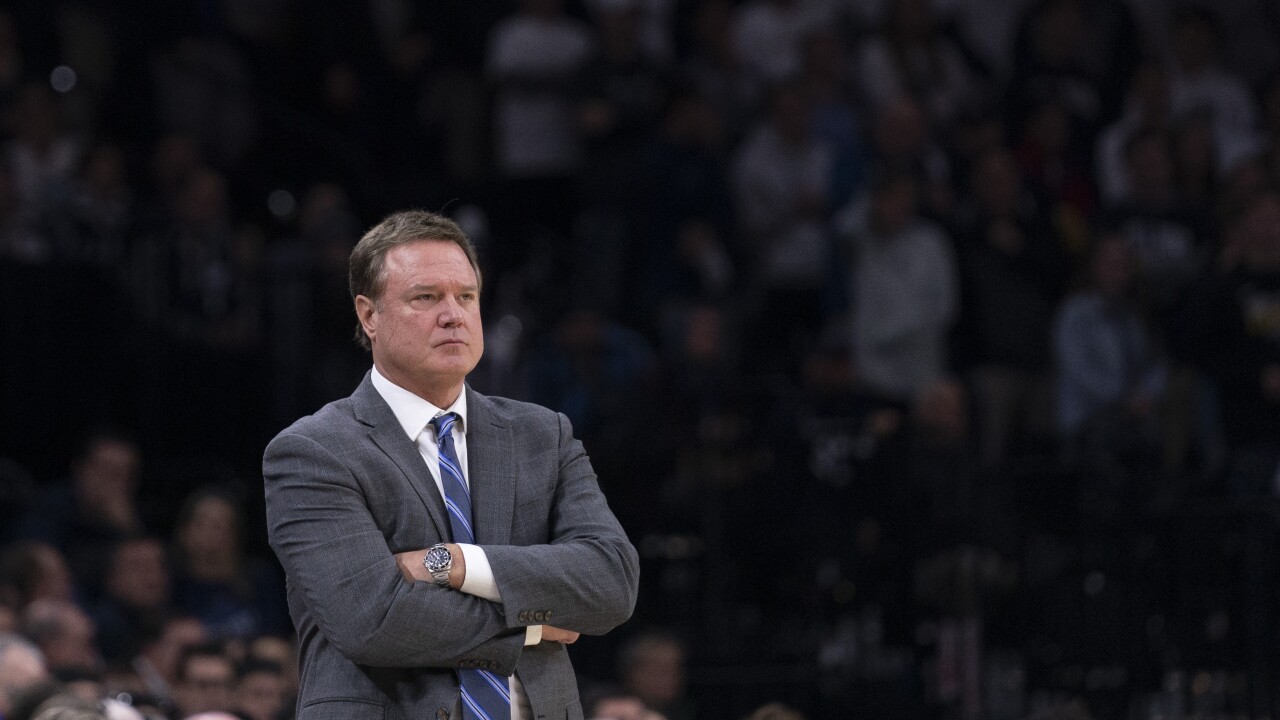 Mitchell Leff/Getty Images
PHILADELPHIA, PA - DECEMBER 21: Head coach Bill Self of the Kansas Jayhawks looks on against the Villanova Wildcats in the second half at the Wells Fargo Center on December 21, 2019 in Philadelphia, Pennsylvania. The Villanova Wildcats defeated the Kansas Jayhawks 56-55. (Photo by Mitchell Leff/Getty Images)

MORGANTOWN, W. Va. — Devon Dotson scored 15 points and No. 3 Kansas finished the game with a 9-0 run to beat No. 14 West Virginia 58-49. The Jayhawks won for the ninth straight time and remain a game behind first-place Baylor in the Big 12. Isaiah Moss had seven of his 13 points after halftime for Kansas. West Virginia fell flat after leading by as many as nine points in each half and lost at home for the first time this season. Oscar Tshiebwe led the Mountaineers with 14 points and nine rebounds, but he had just two points after halftime.