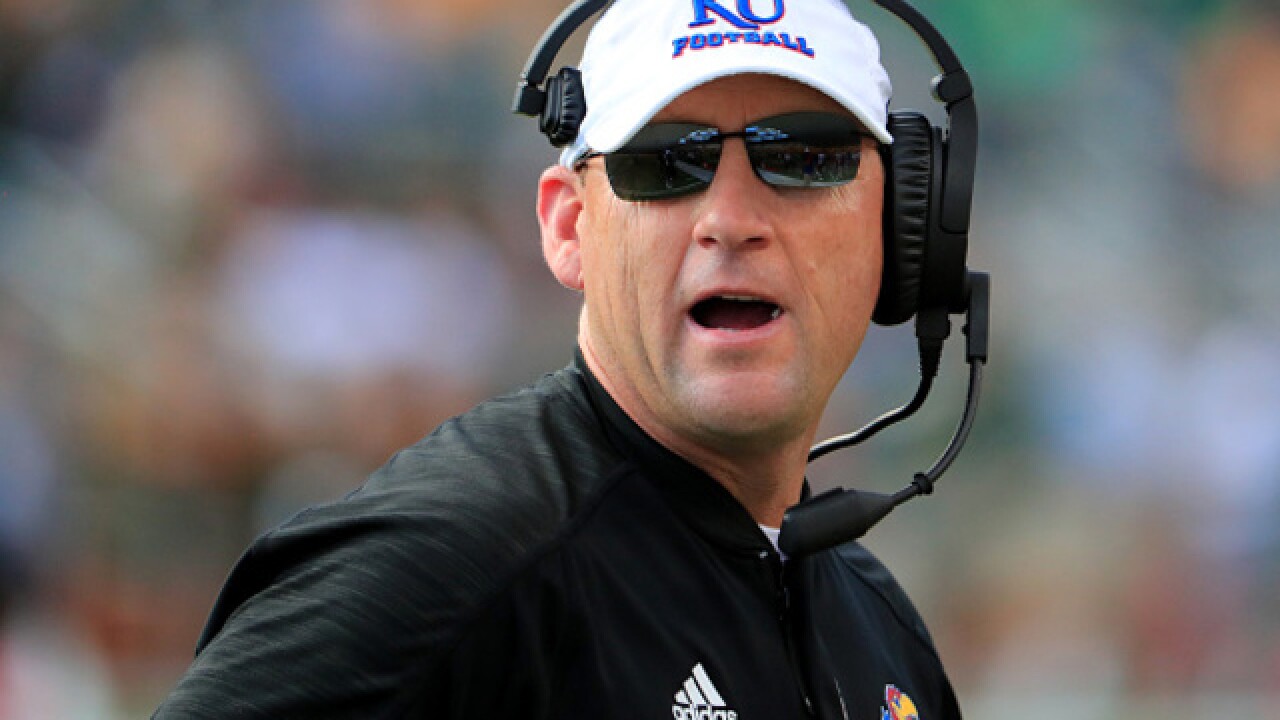 Central Michigan quarterback Tony Poljan was intercepted four times by Kansas (1-1), which won on the road for the first time since Sept. 12, 2009. The Kansas streak was only topped by Idaho State, which lost 48 straight through 2014.

Central Michigan had one first down in the first half, compiling 60 yards on 20 snaps. The Chippewas (0-2) did not cross midfield until there was 7:54 remaining in the third quarter.

Kansas quarterback Peyton Bender was 17-of-26 passing for 130 yards, connecting with wide receiver Kerr Johnson Jr. for a 31-yard touchdown to open the scoring.

After two Williams scores, Central Michigan cut the lead to 21-7 on a 31-yard reception by Jamil Sabbagh from Poljan in the third quarter.

But on the first play of the fourth quarter, Shakial Taylor of Kansas went up for an interception and returned it 55 yards for a touchdown and a 28-7 lead.

Kansas: With the historic losing streak behind the Jayhawks in their best chance to snap it this season, David Beaty's team can go one week without its coach on the hot seat. Athletic director Jeff Long released a statement after last week's season-opening 26-23 overtime loss to Nicholls, saying the evaluation of the program was "ongoing."

Central Michigan: The Chippewas are 0-2 against Power 5 basketball powerhouse schools after losing 35-20 last week at Kentucky. At least the offense moved the chains a few times late for Central Michigan, which was scoreless in the second half last week and in the first half on Saturday.

Kansas: Hosts Rutgers on Sept. 15 looking for Beaty's second Power 5 win in his fourth season with the Jayhawks.

Central Michigan: Plays at Northern Illinois on Sept. 15 in the Mid-American Conference opener.