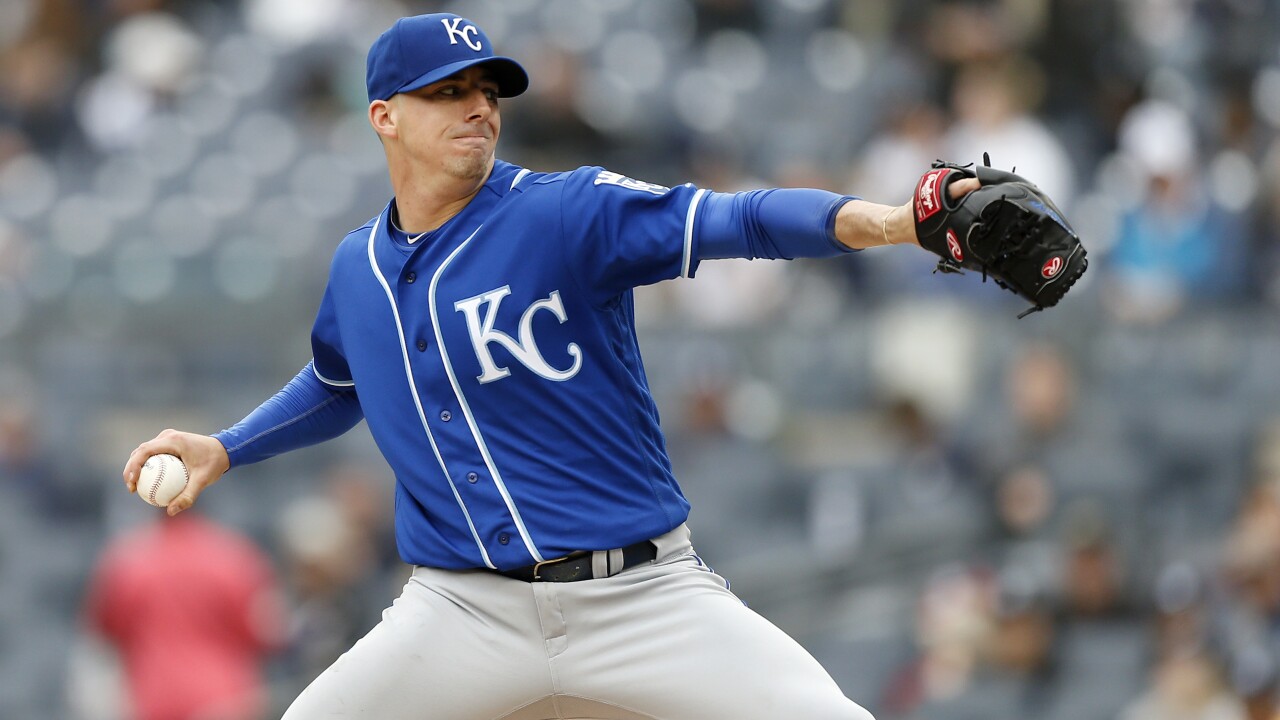 Judge homered early, but hurt himself in the sixth inning while hitting a single. He was taken to a hospital for an MRI and further tests.

The Yankees began the game with 12 players on the injured list, including Giancarlo Stanton, Luis Severino, Gary Sanchez and Aaron Hicks. Of those missing, only Sanchez appears close to returning.

Judge winced after taking a swing in the sixth and gingerly made his way to first base. Trainer Steve Donahue immediately came from the dugout to check on Judge, who then left.

Judge has five home runs and is batting .288 with 11 RBIs. The right fielder has played in every game this season.

"It's Aaron Judge. He's one of the great players in the game," Boone said.

It was the second straight season Judge was hurt playing against Kansas City. Last July, he sustained a broken right wrist when he was hit by a pitch from Jakob Junis and missed nearly two months.

The Yankees hit four home runs in the win.

Judge connected in the first, Clint Frazier had a solo drive in the second and Mike Tauchman and DJ LeMahieu homered on consecutive pitches in the fourth.

Boone was ejected for the first time this season in the third after an apparent three-run homer by Gleyber Torres was overturned by fan interference and ruled an out.

Torres hit a flyball to left and a fan in the first row reached over and tried to make a barehanded catch as Gold Glove outfielder Alex Gordon attempted to make a leaping catch.

The Royals challenged the call and following a lengthy review to overturn it, Boone raced out of the dugout and was ejected by second base umpire Jerry Meals following a demonstrative display. After being tossed for the fifth time as a manager, Boone briefly argued with first base umpire Ron Kulpa before heading off the field.

Judge and Frazier hit their fifth homers of the season in the opening two innings off Heath Fillmyer (0-1) as the Yankees took a 2-0 lead.

Tauchman made it 5-0 with a three-run homer that easily cleared the right-center field fence. After Tauchman homered for the second straight game, LeMahieu hit his first homer of the season.

Masahiro Tanaka (2-1) pitched seven innings of one-run ball. He took a shutout into the sixth before allowing a homer to Whit Merrifield to start the inning.

Chris Owings homered in the ninth for Kansas City.

LHP Gio Gonzalez opted out of his minor league contract with the Yankees, who have 48 hours to release him or add him to the major league roster. Gonzalez signed the deal with the Yankees in March that contained $3 million in base salary if he got added to the 40-man roster and a chance to get $9 million in performance bonuses by getting $300,000 per start. Gonzalez is 2-1 with a 6.00 ERA in three starts covering 15 innings at Triple-A. He has 19 strikeouts and six walks. He was supposed to pitch Friday but the game was rained out.

Royals: LHP Danny Duffy (shoulder impingement syndrome) is scheduled to make a rehab start Saturday night for Double-A Northwest Arkansas. Before the game, GM Dayton Moore told reporters Duffy could return soon if his rehab start goes well. Duffy has been on the 10-day injured list all season and did not pitch in spring training.

Yankees: C Gary Sanchez (left calf strain) will play in a minor league rehab game Monday. The Yankees have not determined where the game will take place. If Sanchez gets through the rehab game without any issues, Boone said he will fly to Anaheim on Tuesday and be activated Wednesday. . 3B Miguel Andujar (labrum tear in right shoulder) will head to the minor league facility in Tampa, Florida, on Monday. ... CF Brett Gardner had the day off after homering for the second time in three games Friday. Boone said he is hoping to get days off for INFs LeMahieu and Torres soon.