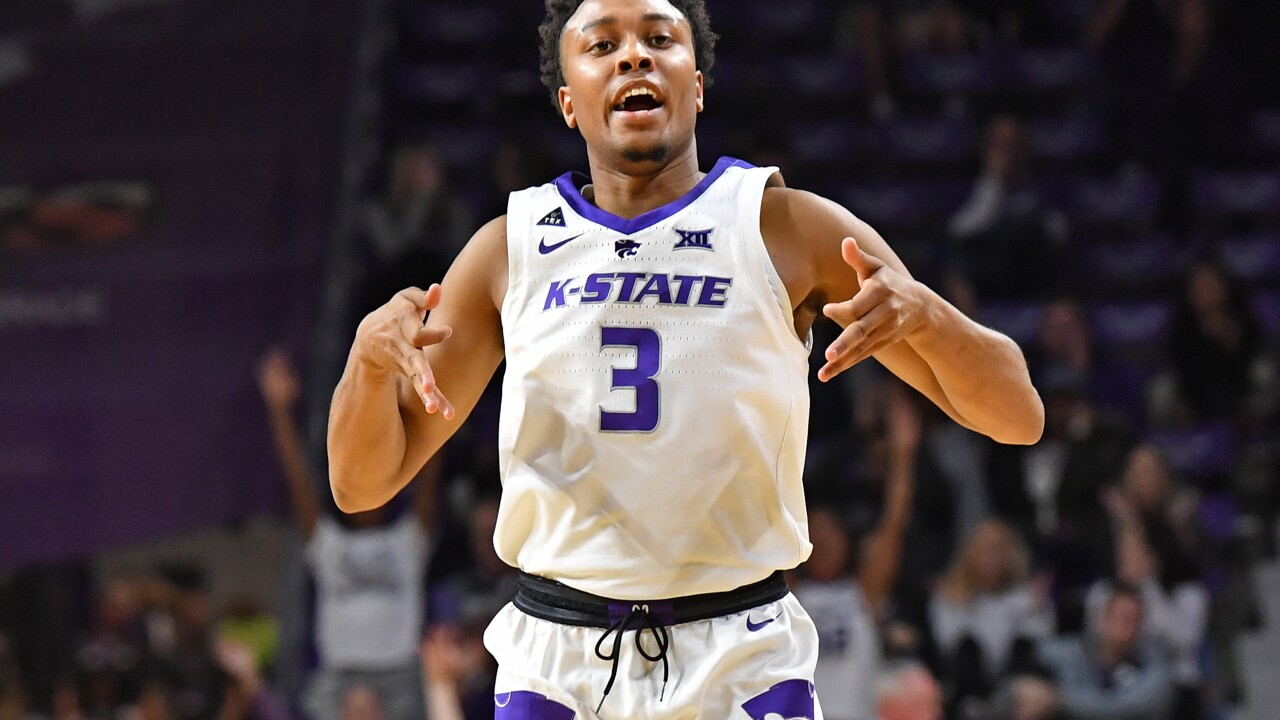 MANHATTAN, Kan. (AP) — Kansas State's Kamau Stokes scored 20 points, including a series of clutch 3-pointers after George Mason had mounted a charge, and the Wildcats held on for a shaky 59-58 victory Saturday night.

George Mason unleashed a 17-5 run of its own to get within 49-41, only to watch Stokes hit a pair of 3-pointers in response. But the plucky underdogs kept coming, though, and got within 59-58 when Javon Greene converted a second-chance opportunity with 45 seconds left in the game.

Cartier Diarra's 3-pointer was halfway down before coming out at the other end, giving George Mason a chance to spring the upset. Justin Kier's wild runner with 4 seconds left was no good and Kansas State pulled down the rebound, only for Brown to be called for a double-dribble.

The Patriots got the ball back with 1.2 seconds left, but their inbound pass was intercepted and Kansas State managed to survive for its fourth consecutive win.

The Wildcats' defense-fueled winning streak coincides with their loss of star forward Dean Wade. The preseason Big 12 player of the year, and arguably their top scorer, remained in a walking boot on Saturday after hurting his right foot in the Wildcats' win over Georgia State.

Kier led the Patriots with 15 points. Greene finished with 12.

The game was nip-and-tuck through the first few minutes, and Kansas State led just 16-14 with 6 1/2 minutes left in the first half. But when Sneed curled in the first of his 3-pointers, it began what would eventually become a game-turning 20-2 charge into the locker rooms.

Stokes knocked down a 3, then Sneed hit another, before George Mason scored its only basket down the stretch. Levi Stockard III got into the act, providing some solid minutes off the bench, and Sneed and Stokes added a couple more field goals in building a 36-16 lead by halftime.

Stokes hit back-to-back 3s with about six minutes left to provide some relief, and he buried one more with 1:17 left to make it 59-53. But the Patriots kept answering down the stretch, and it wasn't until a turnover on the final inbound play that Kansas State escaped.

George Mason beat the Wildcats in their only previous meeting, when Kansas State's Michael Beasley led a bunch of freshmen against the Patriots during an in-season tournament. The Wildcats boast a lineup of veterans these days, just as George Mason does, and they weren't rattled when coach Dave Paulsen's team made it a game in the second half.

Kansas State was dominant from start to finish against Vanderbilt in its final game before the holiday break, and appeared to pick up where it left off Saturday night. But after taking a 36-16 lead into the locker room, the Wildcats failed to put the game away in the second half, perhaps giving Weber pause heading into conference play this week.