A classic battle on Manhattan 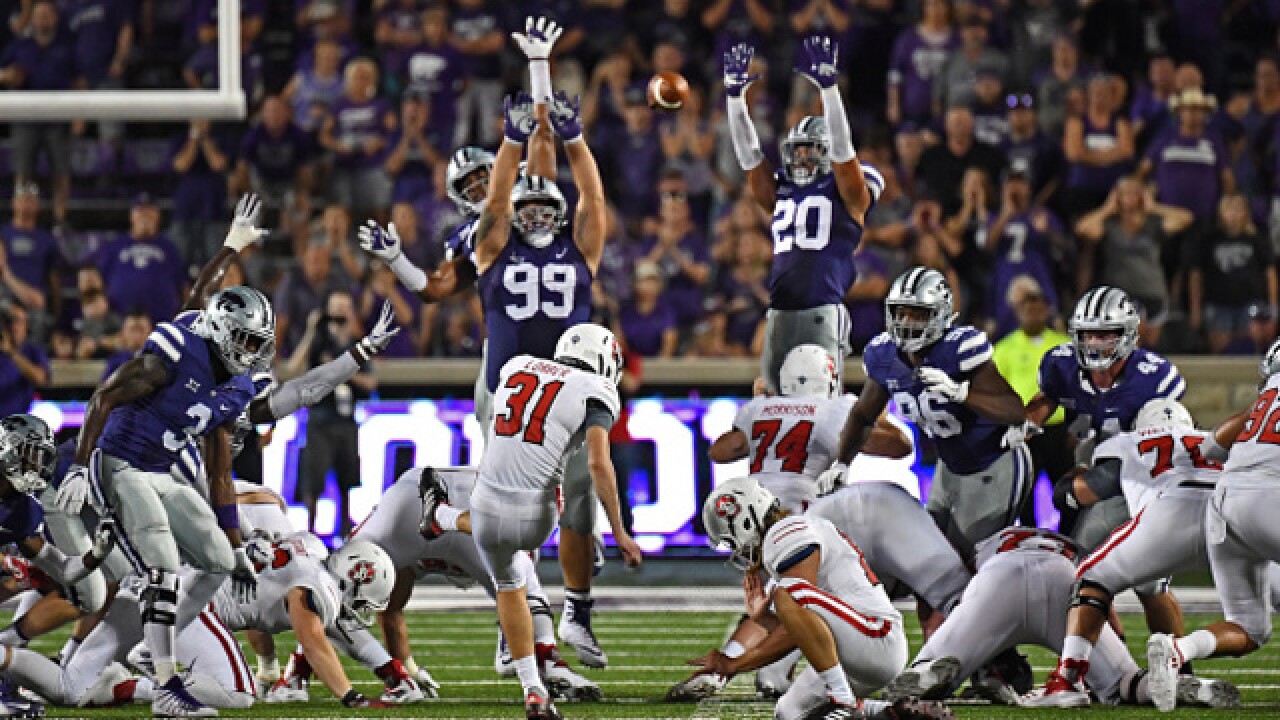 After struggling to gain any footing for a majority of the game, the Kansas State offense seemed to have hit rock bottom as South Dakota punted the ball away early in the fourth quarter to Zuber, who returned it 85 yards for a touchdown to pull the Wildcats to 24-19. The score woke up a sleepy and agitated Bill Snyder Family Stadium, which saw fans head toward the exits just minutes before Zuber's punt return.

However, Zuber was not done making plays.

After Kansas State forced the Coyotes to another punt, Skylar Thompsonconnected with Zuber for a 10-yard touchdown pass and the game-winning score with 7:21 remaining.

Zuber led the Wildcats in receiving with five catches for 68 yards and one touchdown.

South Dakota, which had led for a majority of the game, was given new life with just 50 seconds left after forcing an Alex Barnes' fumble deep in Coyote territory.

The Coyotes drove down the field and set up for what would have been a game-tying field goal, but Mason Lorber missed a 51-yard attempt as time expired.

South Dakota's Austin Simmons was 24-of-56 passing for 257 yards and a touchdown.

Kansas State: With new coordinators on both sides of the ball, it would be expected the Wildcats would have some struggles, but the only positives on the night were out of kicker Blake Lynch and Zuber. Both Thompson and Alex Delton had ample opportunities to make their claim for the starting quarterback job, but neither could gain any ground by the end of the game.

South Dakota: The Coyotes were not able to come up with a win over an FBS opponent for the second straight season, but one solid takeaway is how well the Coyotes were in control for much of the game. They did a great job limiting the Kansas State offense for three quarters and had many Kansas State fans, players and coaches frustrated throughout the night.

STAT OF THE NIGHT:

In his first career start, Kansas State kicker Blake Lynch netted four field goals from 22, 24, 38 and 44 yards as well as an extra point.