Thompson has grasp of news system 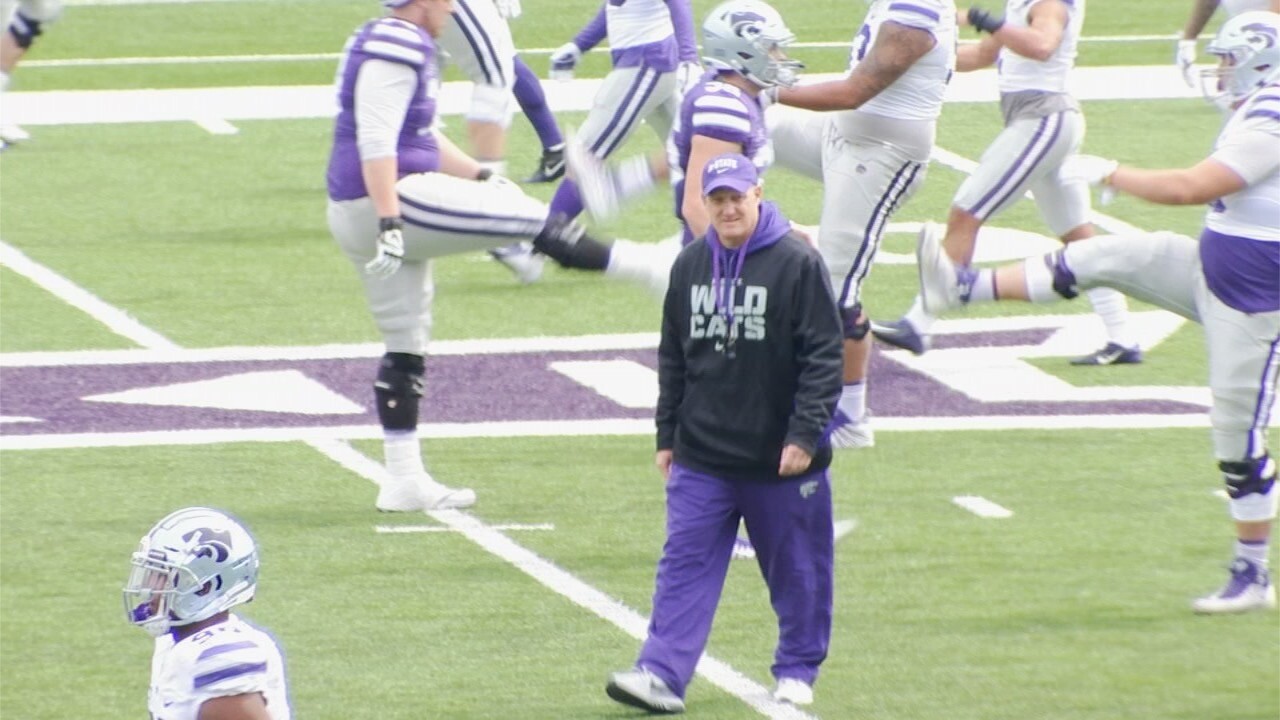 Here are some thoughts from the scrimmage, which served as the public debut for new coach Chris Klieman and several K-State players:

CONFIDENT QUARTERBACK Skylar Thompson sounded like a completely new player when the junior quarterback spoke with media on Saturday afternoon.

Unlike his previous years in Manhattan, Thompson has already been penciled in as K-State’s starting quarterback. The only QB controversy around these parts is who will serve as his backup — John Holcombe, Nick Ast or Jaren Lewis. Klieman and his assistants have embraced Thompson, and their trust has allowed him to expand his game as both a passer and leader.

“From where he has gone in the last year is amazing,” K-State receiver Dalton Schoen said. “To see how confident he is and how well spoken he is, he just kind of protrudes confidence right now. That carries over to everyone else on the team. It makes a big difference.”

Thompson didn’t tear it up in K-State’s spring showcase, but he had his moments including a touchdown pass from midfield to Wykeen Gill and another score from 15 yards to Landry Weber. Thompson also showed some nice mental skills, opting to throw the ball away when his receivers were well covered, even during seven-on-seven drills.

He seems to have already mastered the main points of Klieman’s offensive system.

“We threw everything in the playbook at him,” Klieman said. “When we come back for the fall it will all be recall for him.”

Thompson was sad to see spring practices come to an end. He wants to keep working. From what he’s seen from his teammates over the past few weeks, he thinks the Wildcats will be able to achieve big things next season.