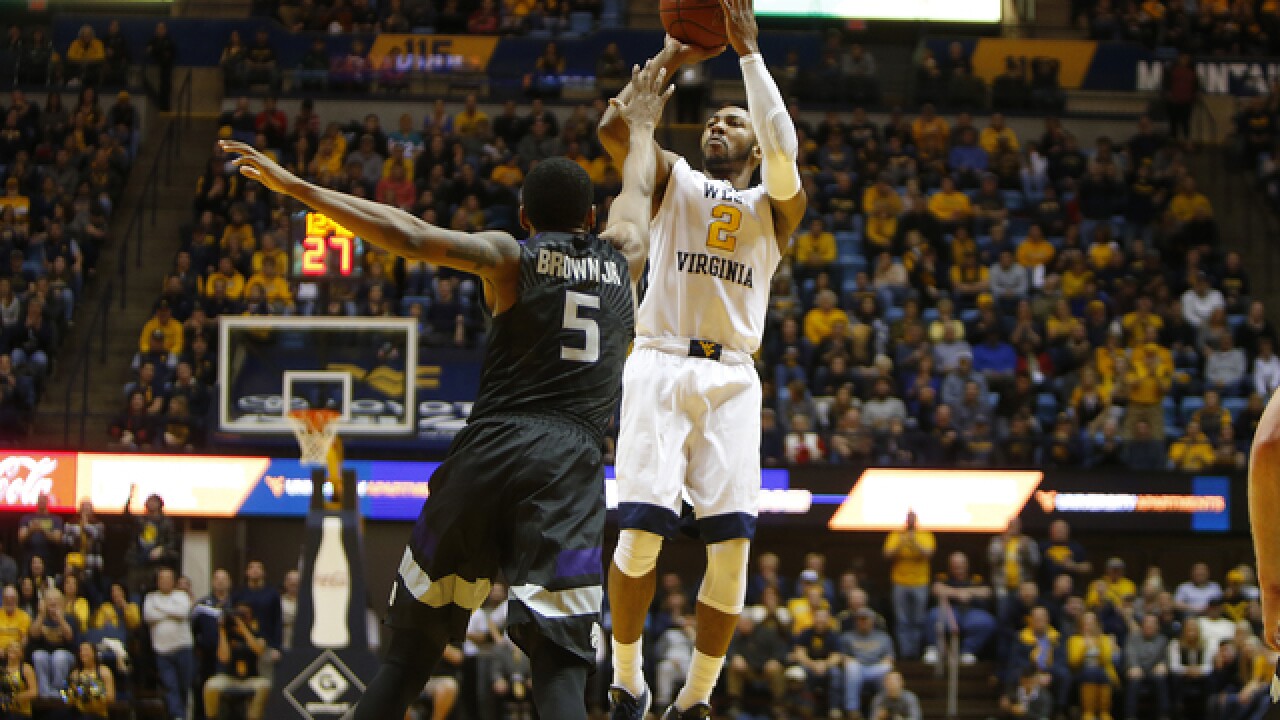 Copyright 2018 Scripps Media, Inc. All rights reserved. This material may not be published, broadcast, rewritten, or redistributed.
Justin K. Aller
<p>MORGANTOWN, WV - FEBRUARY 03: Jevon Carter #2 of the West Virginia Mountaineers pulls up for a shot against Barry Brown #5 of the Kansas State Wildcats at the WVU Coliseum on February 3, 2018 in Morgantown, West Virginia. (Photo by Justin K. Aller/Getty Images)</p>

Even with several players recuperating from the flu bug, West Virginia's defense can still frustrate the tar out of opponents.

One game after allowing the most points in a Big 12 game since joining the league in 2012, No. 15 West Virginia overwhelmed Kansas State with its pressure, and the Mountaineers ended a three-game losing streak with an 89-51 victory Saturday.

West Virginia (17-6, 6-5 Big 12) got a rare win after holding a double-digit lead over the past month. The Mountaineers have had such leads in five of its last seven games but have won just twice.

The illnesses took a toll on the Mountaineers in the past week and coach Bob Huggins was concerned about having enough available bodies to execute any type of defense Saturday, especially after a 93-77 loss Wednesday at Iowa State.

Five players have been sick, and guards Daxter Miles Jr. and Bolden required hospital trips. Bolden recovered enough to make his first career start in Miles' place, while Miles saw his first action of any kind in a week.

"Our pressure really was pretty good," Huggins said. "We kind of backed it off at the end -- I was just trying to save people's legs."

Knowing West Virginia's recent tendencies to relinquish big leads, especially in the second half, Kansas State coach Bruce Weber thought his team had a chance down 39-30 at halftime.

"But they just kept pushing it and we got a little frustrated, couldn't make some shots and it was like a snowball going down the hill and we couldn't stop it," Weber said.

Forward Sagaba Konate, who led West Virginia with 19 points and nine rebounds, took advantage of the Big 12's worst rebounding team. Over a 1:15 stretch late in the game, the 6-foot-8 sophomore scored off a rebound, made two free throws and threw down a dunk as part of a 13-0 run.

Bolden added 13 points, Teddy Allen had 12 points off the bench and Wes Harris had 10 for West Virginia.

West Virginia: The Mountaineers shot 61 percent (14 of 23) from the floor after halftime in beating Kansas State for the eighth time in their last nine meetings. They didn't look like the stumbling squad that struggled to a 3-5 record in January after rising to the No. 2 ranking in the AP Top 25 on Jan. 8.

Kansas State: The Wildcats made one basket over a 13-minute stretch spanning both halves, allowing West Virginia to take command. Kansas State has lost two straight after winning four in a row.

Kansas State leading scorer Barry Brown was held to just one point after scoring nine against No. 7 Kansas on Monday. Over his last two games Brown is 4 of 19 from the floor.

"He lost a little bit of confidence," Weber said. "No one works harder than he does. I think he'll come back. I don't have any doubt about that."

Kansas State point guard Kamau Stokes had two points in 10 minutes in his return from a six-game absence with a broken foot.

West Virginia: Looks for its first regular-season sweep of Oklahoma after beating the Sooners 89-76 on Jan. 6 in Morgantown. The game at No. 12 Oklahoma is Monday night.