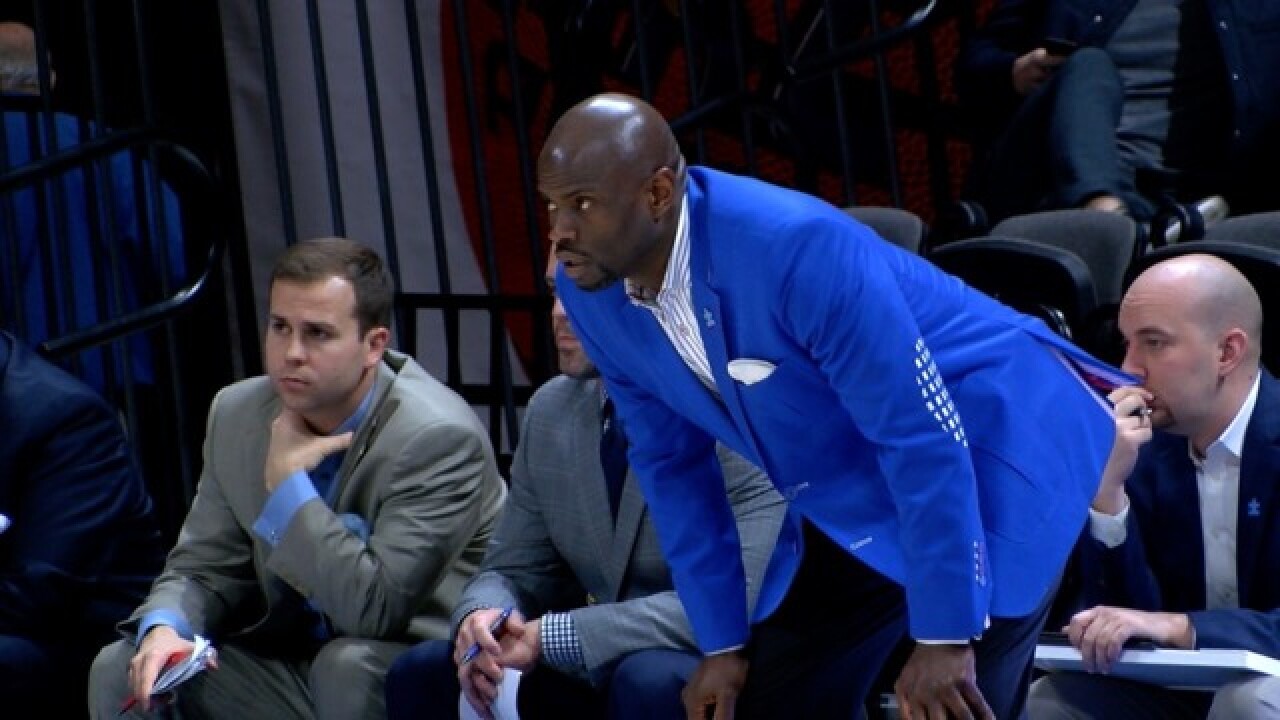 Copyright 2018 Scripps Media, Inc. All rights reserved. This material may not be published, broadcast, rewritten, or redistributed.
<p>UMKC men's basketball head coach Kareem Richardson looks at his team on the sideline during their home game against Utah Valley.</p>

Jordan Giles and Brandon McKissic each had 17 points and Isaiah Ross added 14 as UMKC beat Chicago State 76-67 on Thursday night.

The scoring output marked a career-high for McKissic, who also notched a career-high with three steals for the Kangaroos (9-19, 4-7 Western Athletic Conference), who have now won three straight.

The first half was all UMKC, as they held Chicago State to just 23 points en route to a 16 point halftime lead, with McKissic and Giles combining for 21 points.

After the break, Chicago State made a game of it, shooting a blistering 68 percent. The Cougars opened the half with a 27-6 run to take a five point lead, but an immediate 13-2 UMKC run gave the Kangaroos the lead for good.

Deionte Simmons led Chicago State with 18 points and 10 rebounds. The Cougars (2-26, 0-11) are still looking for their first conference win.