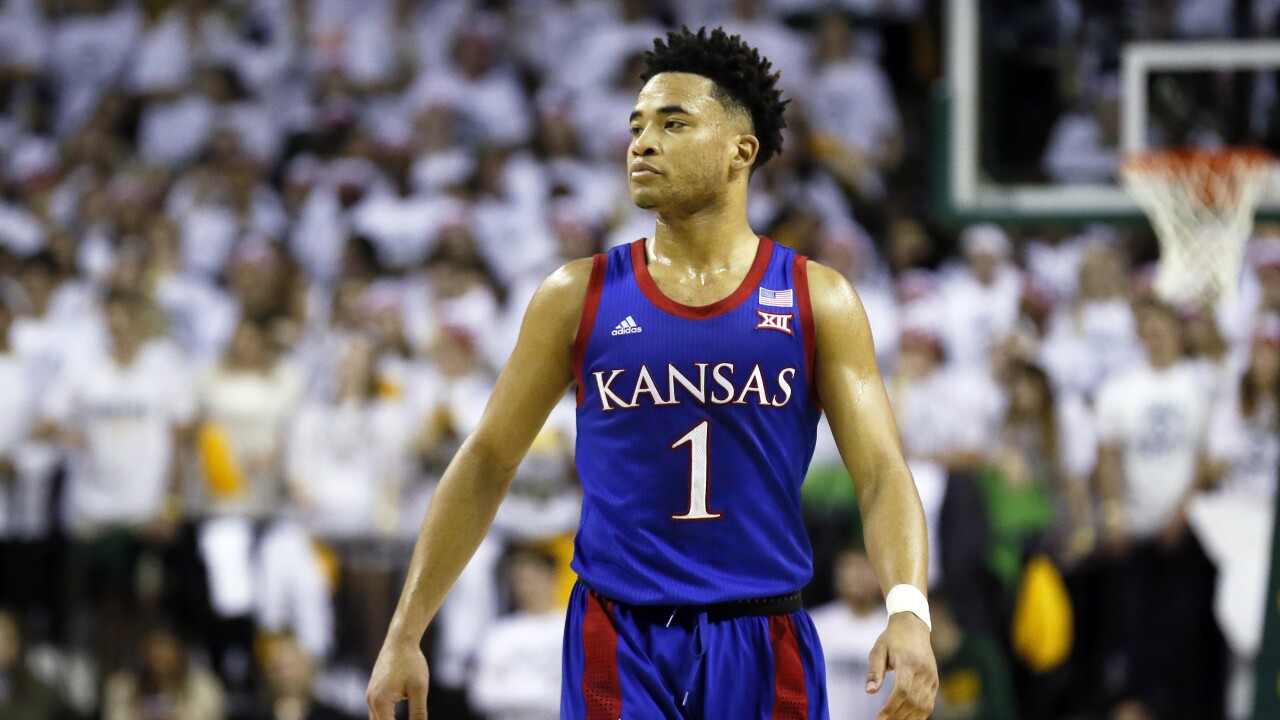 (Copyright 2021 The Associated Press. All rights reserved. This material may not be published, broadcast, rewritten or redistributed.)
Ray Carlin/AP
Kansas guard Devon Dotson looks towards the bench during an NCAA college basketball game against Baylor on Saturday, Feb. 22, 2020, in Waco, Texas. Kansas won, 64-61.

Dotson announced his decision Monday and penned a letter to Jayhawks fanbase: “After talking it over with my family and full support from my coaches, I’ve decided to enter the 2020 NBA Draft and pursue my lifelong goal of being an NBA player.”

Dotson will sign with an agent, which will prevent him from withdrawing from the draft and returning to KU.

“Although the season had to end abruptly, I will always cherish the memory of winning the last 16 games and finishing the season as the consensus No. 1 team in the country,” Dotson said. “I’ve grown tremendously these past two years with the help of Coach Self and the entire coaching staff. They pushed me to be the very best on and off the court as a player and a person.”