Kansas slips to No. 5 in latest AP men's basketball poll 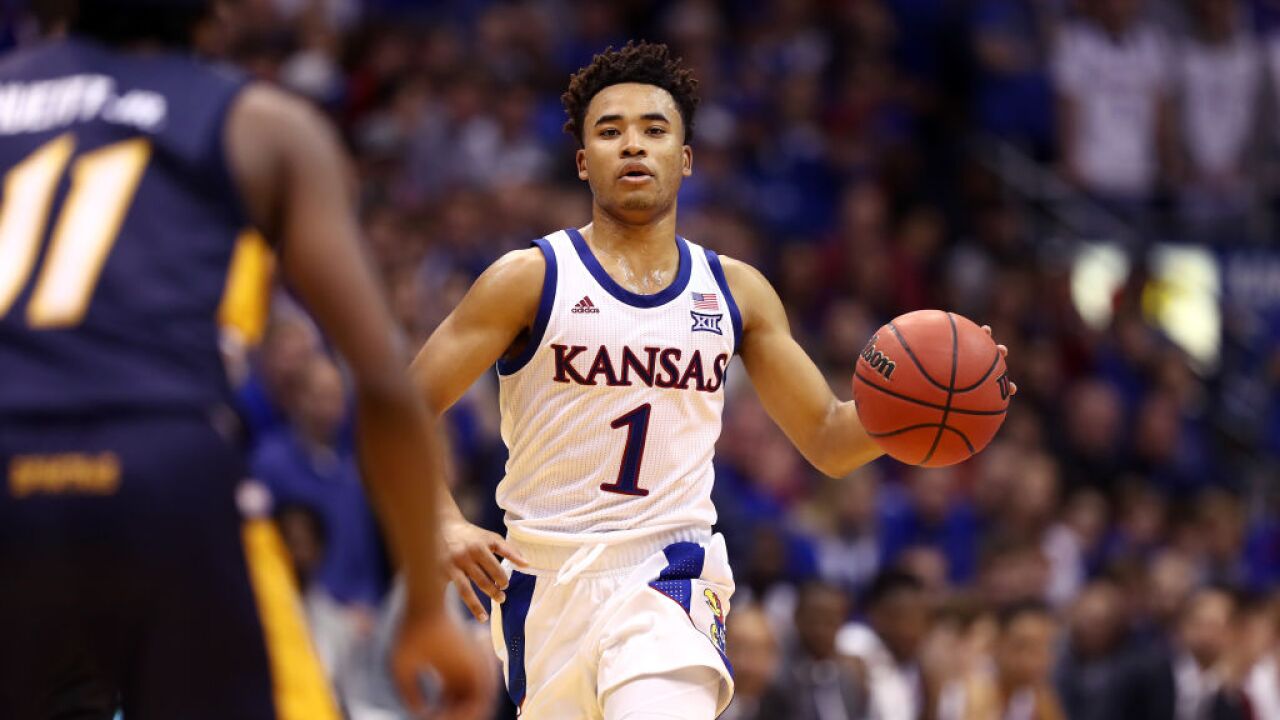 KANSAS CITY, Mo. — Kentucky has climbed to No. 1 in the AP Top 25 men's college basketball poll.

The Wildcats rose one spot after winning a 1-vs-2 matchup with Michigan State to open the season in the Champions Classic, followed by an easy win against Eastern Kentucky.

This marks the seventh of coach John Calipari's 11 seasons that the Wildcats have spent at least one week atop the AP poll. That includes 10 weeks during the 2011-12 season on the way to the national championship and a start-to-finish stay in 2014-15 as the Wildcats carried an unbeaten record to the Final Four, where they lost to Wisconsin.

Duke climbed two spots to No. 2 after beating Kansas in the Classic's other top-4 matchup.

The Spartans fell to No. 3, followed by Louisville — which claimed the remaining first-place vote.

Florida took the week's biggest tumble, falling nine spots to No. 15 after a loss to Florida State. Baylor fell eight spots to No. 24 after losing to Washington, which entered the poll at No. 20.

No. 25 Colorado was the other new addition, earning the Pac-12 program's first appearance since being ranked for six weeks during the 2013-14 season.

Purdue and VCU fell out of the poll.

Missouri received 13 points, the same as in the preseason poll, after opening the season 2-0 with wins against Incarnate Word and Northern Kentucky.

The Tigers next play Tuesday at No. 21 Xavier.