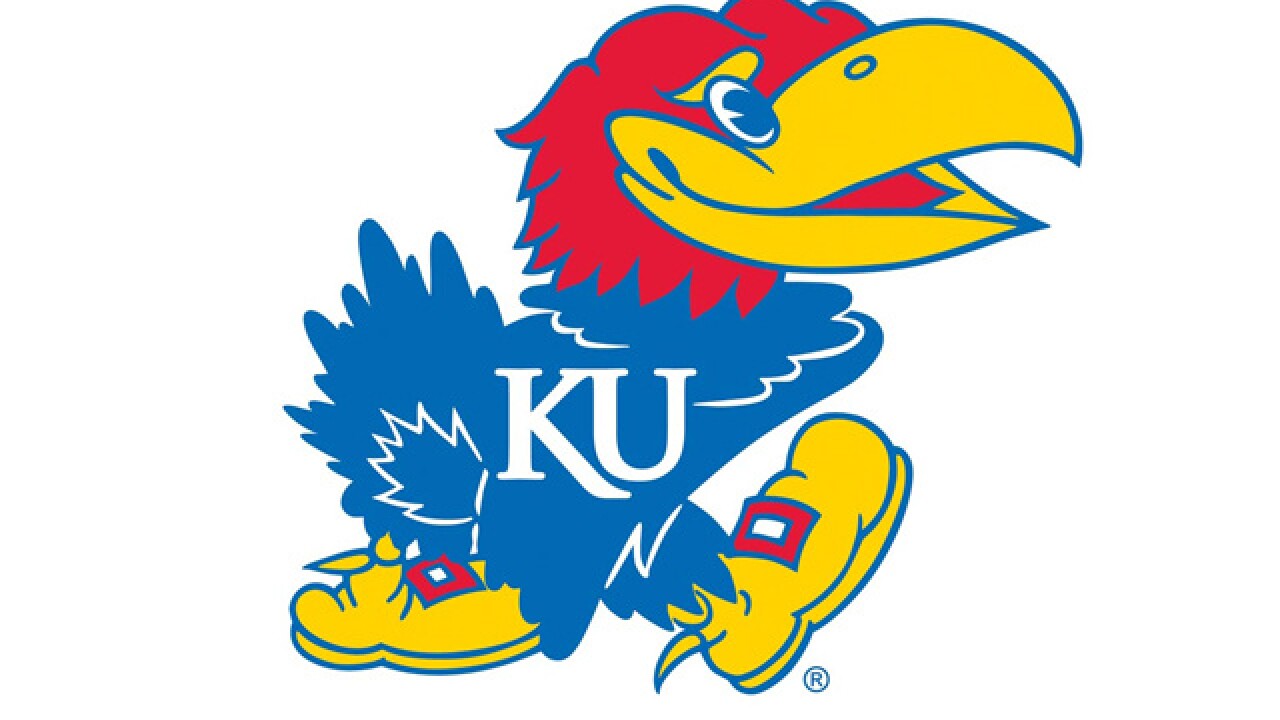 Copyright 2010 Scripps Media, Inc. All rights reserved. This material may not be published, broadcast, rewritten, or redistributed.

STILLWATER, Okla. --  Kendall Smith scored a career-high 25 points and Mitchell Solomon had 16 points and seven rebounds to help lead Oklahoma State to an 82-64 victory over No. 6 Kansas in the regular season finale for both teams on Saturday.

The Cowboys' home fans rushed the court at the final buzzer as Oklahoma State finished the season with three wins in their final four games.

Smith, who had scored just nine points in each of his two previous outings, hit 20 for the seventh time this season and for the fifth time in the last nine contests.

Devonte' Graham, the reigning Big 12 Player of the Week, scored 15 points and had eight assists to lead the Jayhawks (24-7, 13-5), who had a five-game winning streak snapped. The Jayhawks had already secured the top seed in next week's Big 12 Conference Tournament.

Kansas: Having already clinched the Big 12 regular-season championship, their NCAA-record 14th in a row and their 61st overall conference title, also a record, the Jayhawks perhaps didn't start the contest with the required intensity to defeat a determined opponent, falling behind early and never having the lead all game, despite several nice runs and a strong comeback attempt that fell just short. KU still has 13 conference victories for the 13th straight season and is one away for 25 overall wins for the 13th year in a row.

Oklahoma State: The Cowboys continued their pattern of playing their best against elite competition. The win leaves the Cowboys with a 5-1 record in their last six games against ranked opponents, with four of them against top 10 teams, three coming in the past month. If Oklahoma State could just figure out how to play the Big 12's less dominant teams the same way, they could cause some serious damage at the conference tournament next week.

Kansas: As the top seed in the Big 12 Conference Tournament, the Jayhawks will face the winner of the 8-9 game in the quarterfinals on Thursday.

Oklahoma State: The Cowboys will play in the first round of the Big 12 Tournament on Wednesday.