Kansas unleashes on Rutgers in 55-14 win 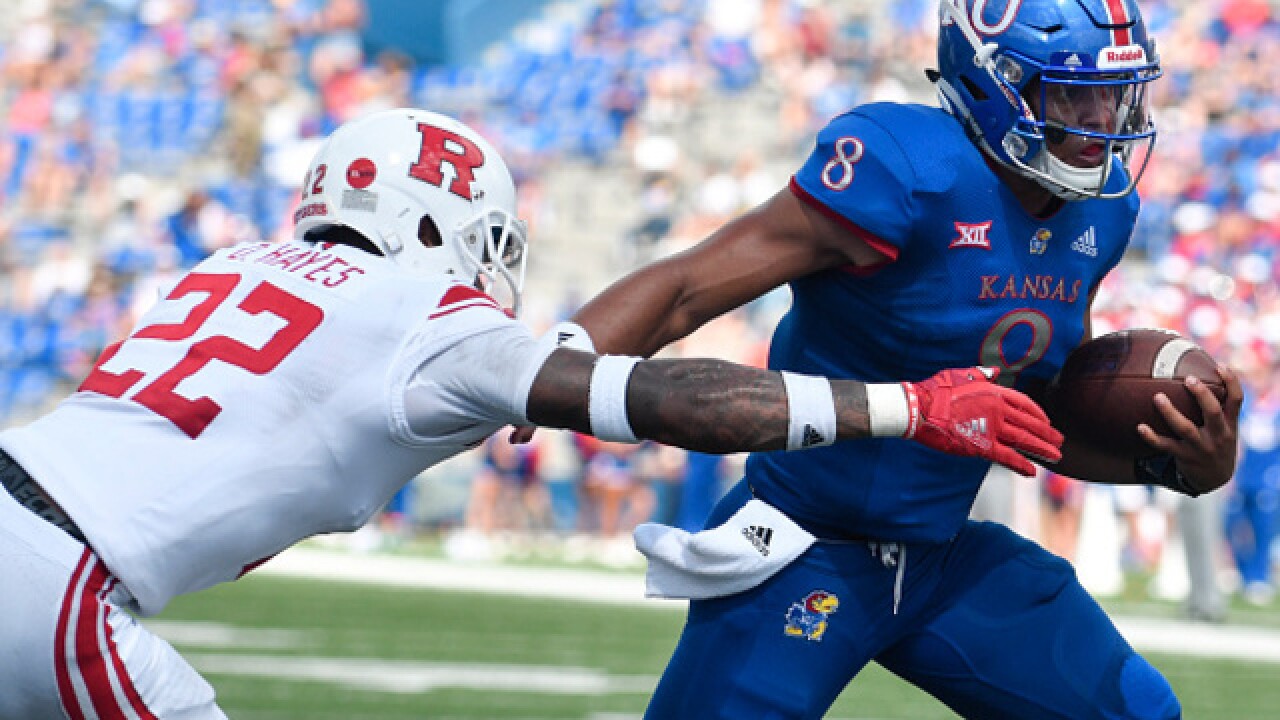 Copyright 2018 Scripps Media, Inc. All rights reserved. This material may not be published, broadcast, rewritten, or redistributed.
Ed Zurga
LAWRENCE, KS - SEPTEMBER 15: Quarterback Miles Kendrick #8 of the Kansas Jayhawks gets past defensive back Damon Hayes #22 of the Rutgers Scarlet Knights as he runs for an eight yard touchdown in the third quarter at Memorial Stadium on September 15, 2018 in Lawrence, Kansas. (Photo by Ed Zurga/Getty Images) 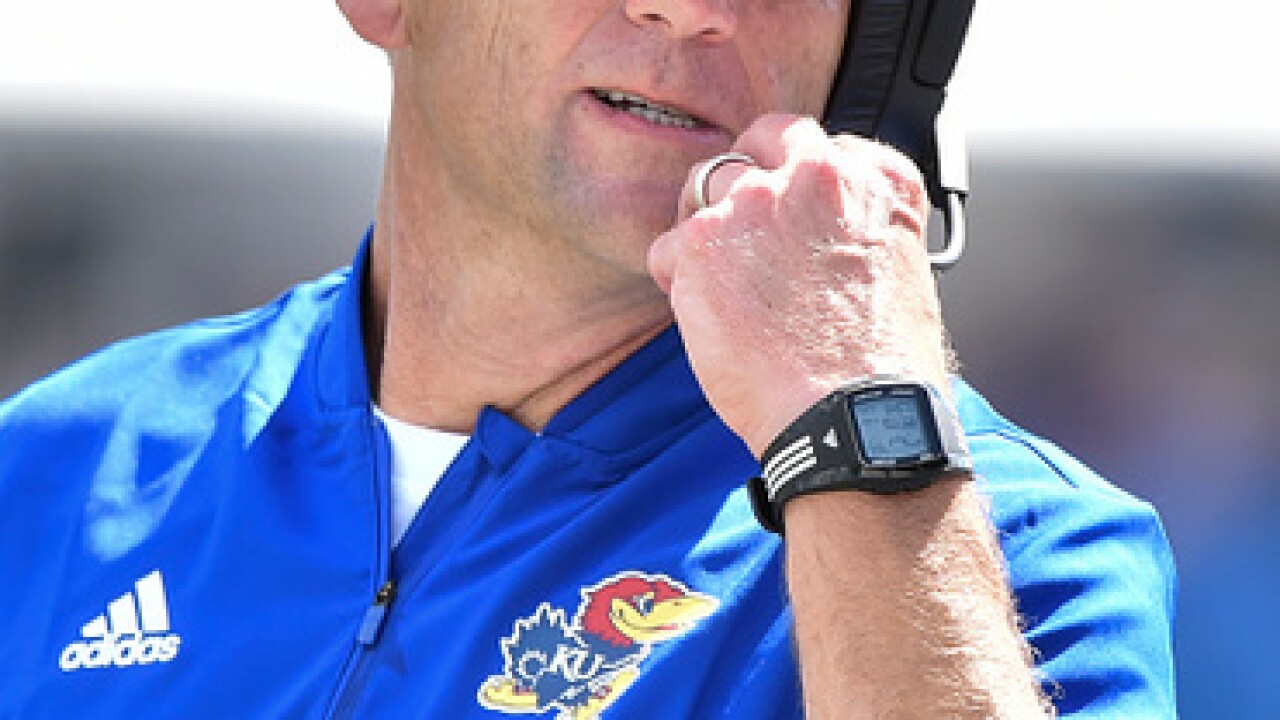 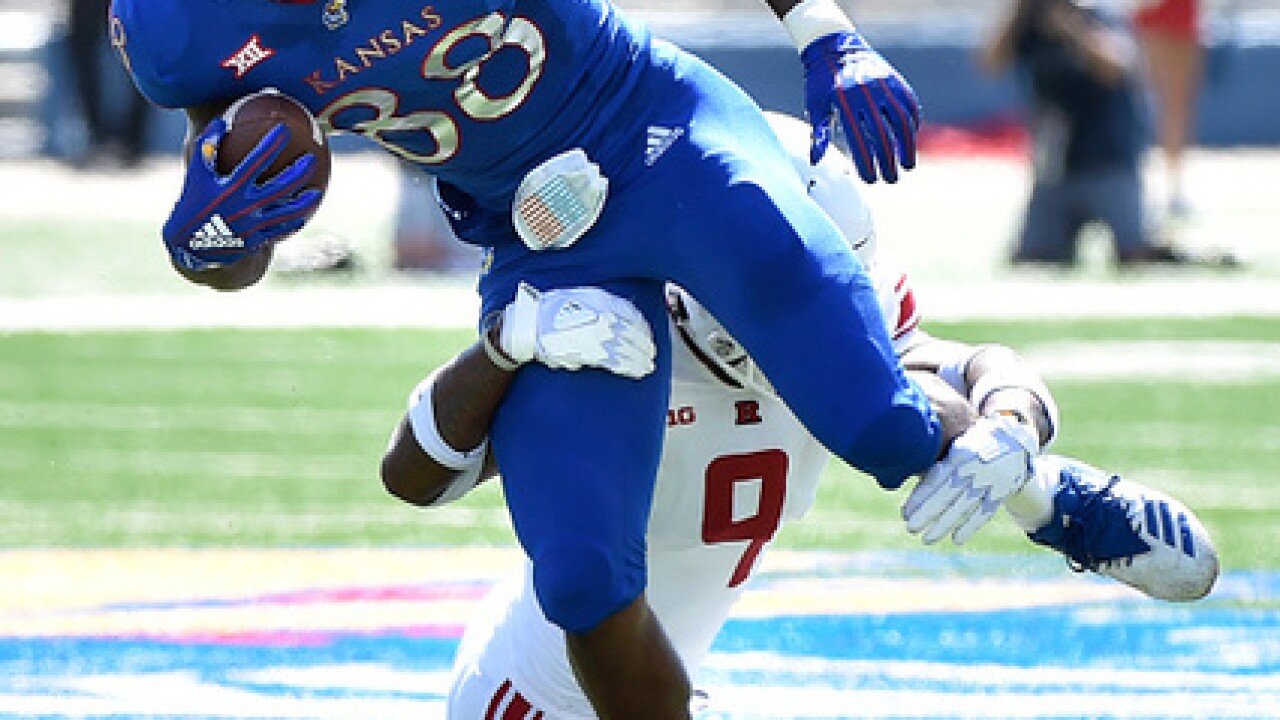 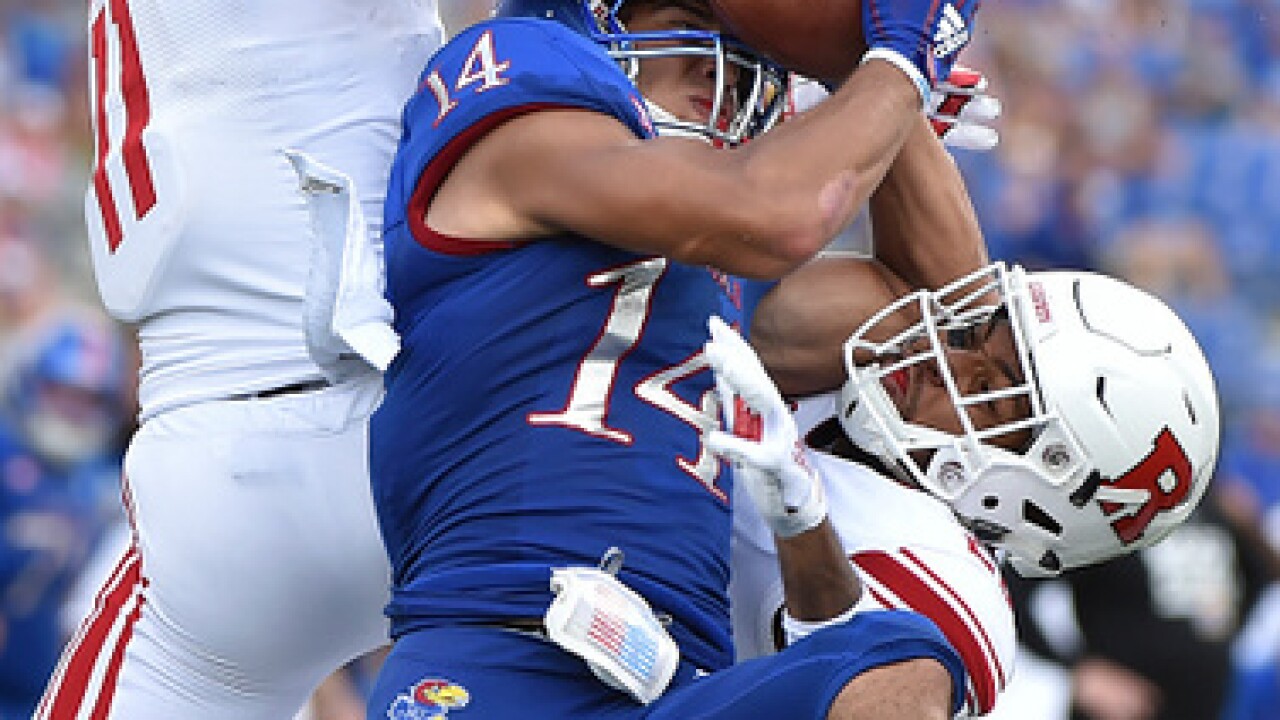 LAWRENCE, Kan. (AP) — Bryce Torneden and Mike Lee each returned interceptions for touchdowns and Kansas' defense wound up with three picks and recovered three fumbles en route to a 55-14 win over Rutgers on Saturday, the Jayhawks' first back-to-back wins over FBS opponents since 2009.

Turnovers plagued the Scarlet Knights from the start as Torneden jumped in front of an Artur Sitkowski pass on Rutgers' second drive and returned it 39 yards for the score. Torneden was there again the next time out, recovering a fumble by Jonathan Hilliman that set up a field goal.

Early in the second quarter, Lee picked off a pass on the sideline and scored for a 23-7 lead, weaving his way 31 yards past several Knights to the end zone.

True freshman Pooka Williams was the star on offense, the anchor of an strong ground game for Kansas that rushed for 400 yards and scored four times. Finishing with 158 yards, including a 52-yard touchdown run, Williams has 283 yards and three touchdowns in his first two college games.

Both Miles Kendrick and Peyton Bender saw time at quarterback for Kansas, but Kendrick carved out a much larger role then in weeks prior thanks to some strong play. He was responsible for the Jayhawks' lone score through the air, a goal-line fade to Jeremiah Booker who lost his shoe while landing in the corner of the end zone. Kendrick also ran for an 8-yard score in the third.

Special teams was one of few bright spots for Rutgers, as Deonte Roberts blocked a Kansas field goal try in the first quarter and took it 64 yards for the touchdown. The Scarlet Knights blocked another field goal later in the quarter, but didn't get any points out of it.

Sitkowski finished the game with just 47 yards and three interceptions before being replaced by Gio Rescigno in the third quarter. Raheem Blackshear led Rutgers in rushing with 102 yards, and Hilliman added a score on the ground as well.

Kansas: Is 2-1 for the first time since 2014. Optimism is running high among the Jayhawk faithful, as the team enters Big 12 play with a winning record.

Rutgers: Drops what many thought was a good chance to add a win before facing the throes of the Big 10 schedule. Coach Chris Ash has claimed making a bowl game is his goal in Year 3; games like these need to be won in order to achieve that.

Rutgers: Hosts Buffalo on Saturday, its final nonconference game of the season.