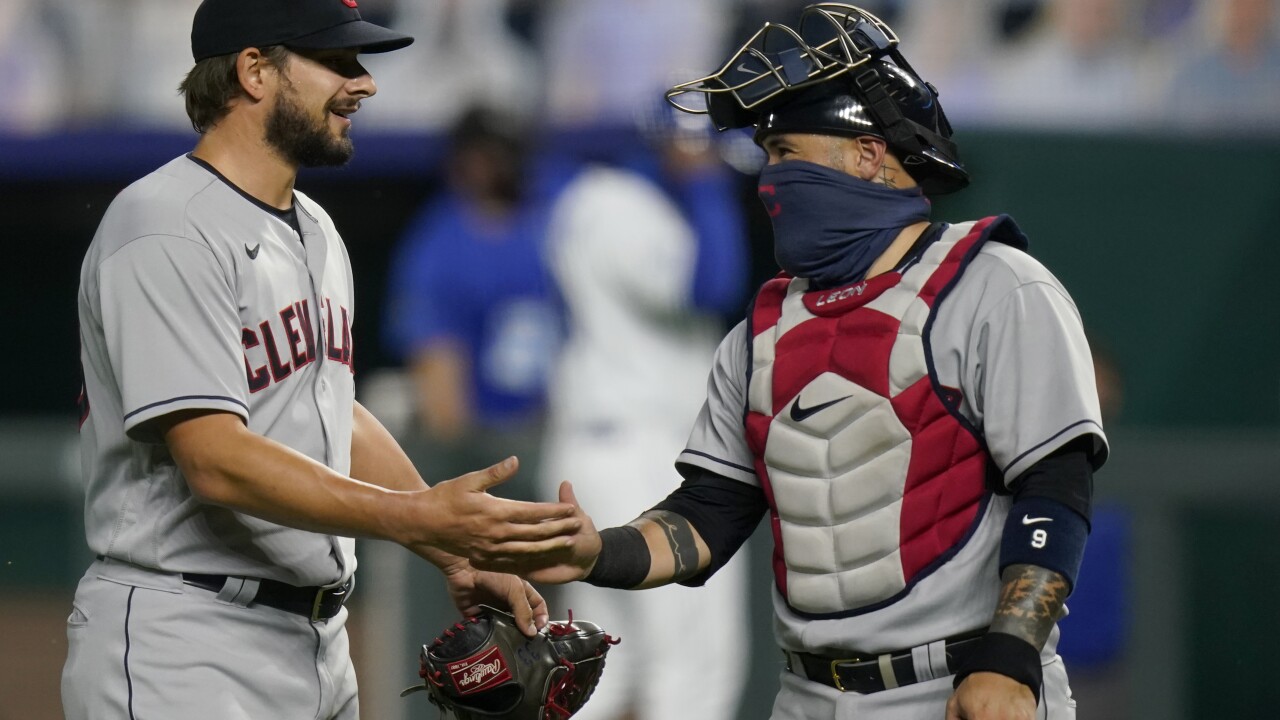 KANSAS CITY, Mo. — Triston McKenzie tossed six innings of three-hit ball to celebrate his 23rd birthday, and Tyler Naquin hit a pair of homers for the only runs of the game as the Cleveland Indians beat the Kansas City Royals 5-0 on Wednesday night.

McKenzie needed just 81 pitches thanks to six strikeouts, no walks and some slick defense behind him. His bullpen went the rest of the way, holding the Royals without a hit over the final three innings.

Jakob Junis took the loss after giving up Naquin's first home run. Junis later left the game after getting hit in the arm by a line drive.