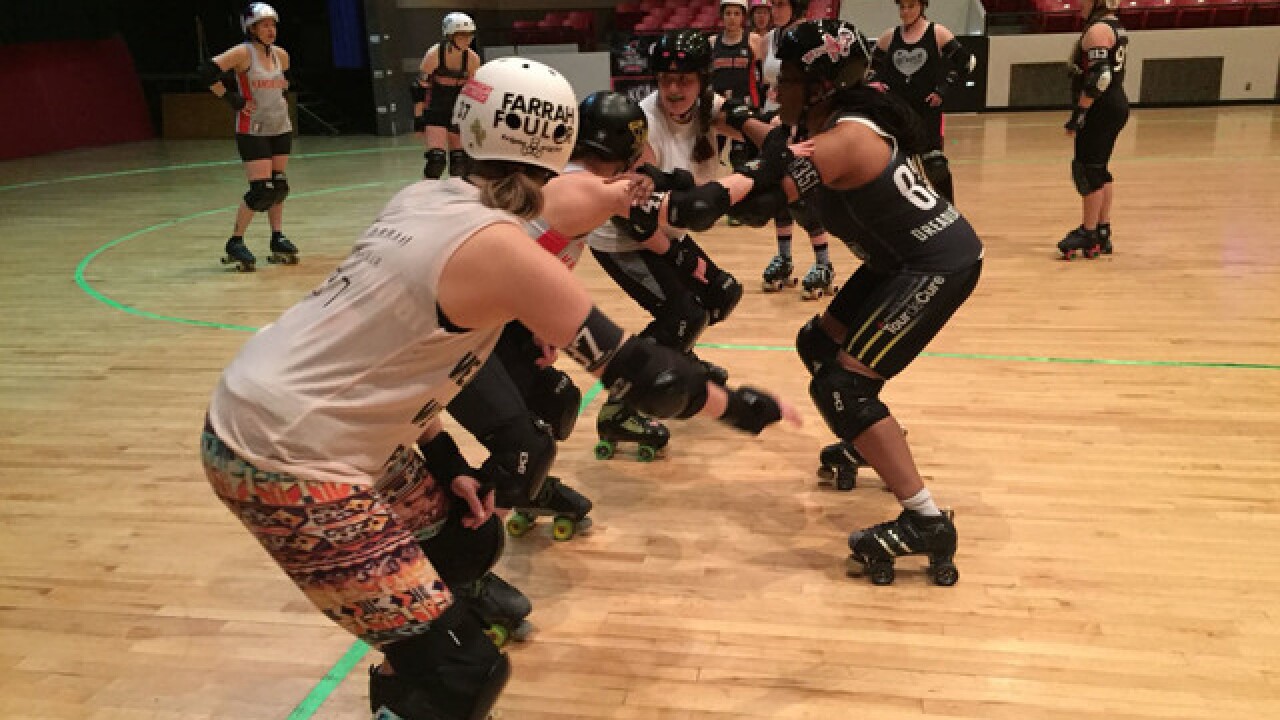 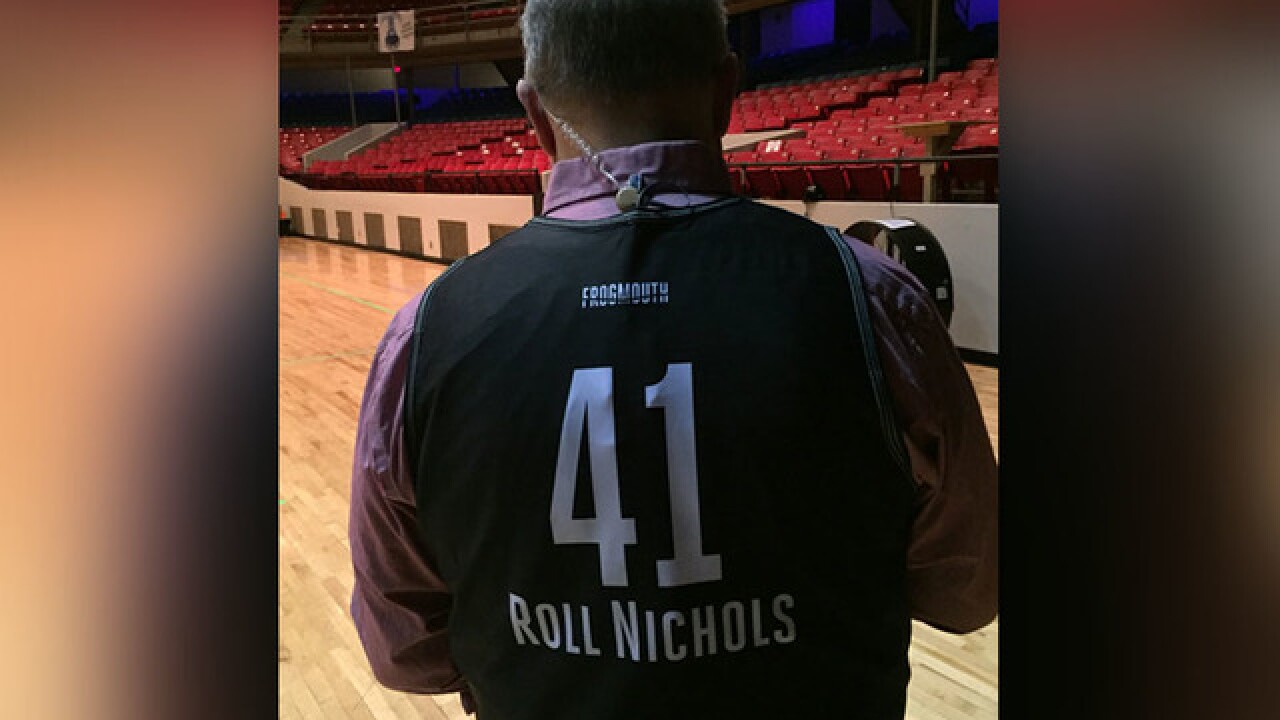 KANSAS CITY, Kan. — A librarian nearly knocked me down this morning.

She was on roller skates and in knee and elbow pads.

I was in a helmet, holding a nice big padded cushion and NOT on skates.

But, still, she nearly knocked me on my self-padded keister.

The KC Roller Warriors were practicing at Memorial Hall in KCK, getting ready for Saturday night’s bout and they let us tag along.

Roller derby was extremely popular from the Great Depression into the 1970s.

There was even a film about the sport called “Kansas City Bomber” starring Raquel Welch.

But, that was just the movies.

This group, founded by two librarians in 2004, is part of the Women’s Flat Track Derby League and it is the real deal.

The home teams are made up of nurses, students, tech experts, stay-at-home moms among many other professions.

According to Christy Ubelaker, AKA Jamalamadingdong, they don’t get paid; they skate and compete for the love of the sport.

You need to know how to skate, obviously, but you also have to be strong and tough.

A Warrior also needs to be willing to devote hours of practice getting ready to entertain the thousand or so fans in the stands.

It’s about speed and finesse. Crashes and collisions.

Going ‘round in circles has never been this much fun.