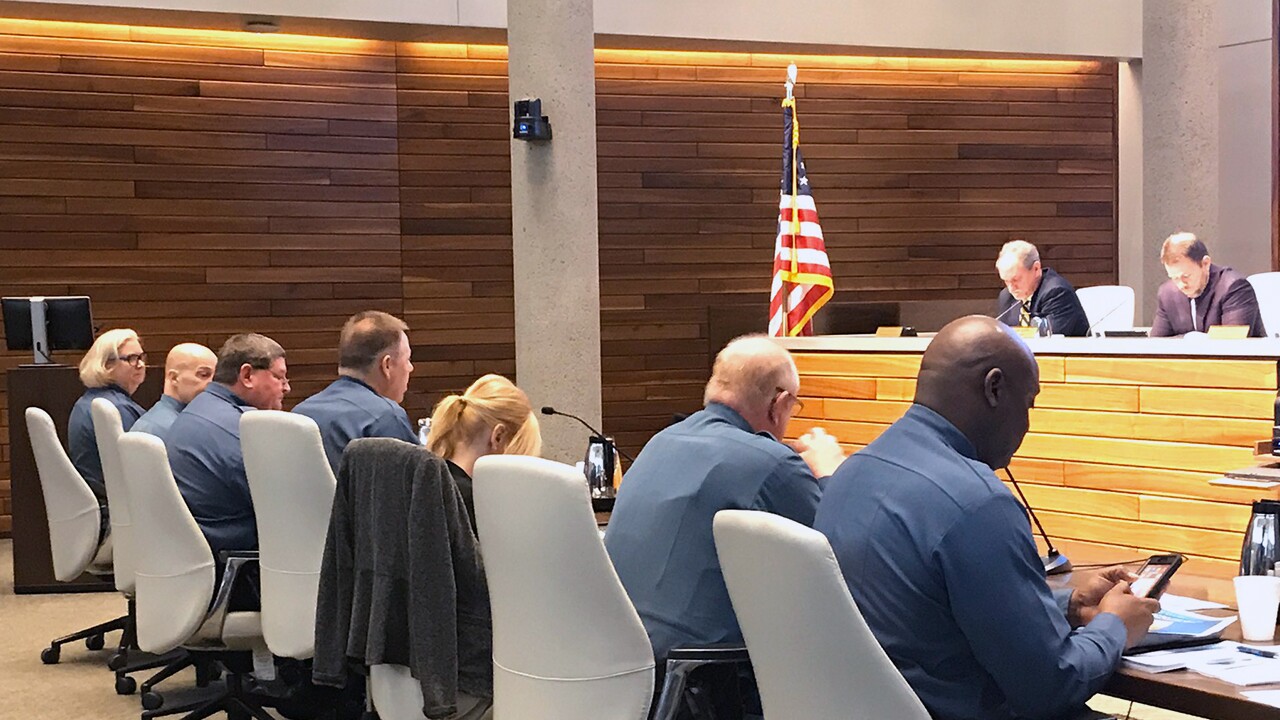 KANSAS CITY, Mo. — Be on your best behavior, Chiefs fans.

Additional officers will be in place at the stadium, where a fan was assaulted and lost two teeth in a fight after a fender-bender in the parking lot.

There also will be an enhanced police presence at entertainment districts during the game.

KCPD Chief of Police Rick Smith informed the Board of Police Commissioners during a meeting Tuesday about the plan to add extra patrols with another raucous weekend in store at Arrowhead Stadium.

.@kcpolice Chief Rick Smith reports to the Board of Police Commissioners that extra patrols will be place for Sunday’s #AFCchampionshipGame.

Early planning is underway for a #SuperBowl parade.

With a large crowd expected, requests for mutual aid have been made. @41actionnews pic.twitter.com/qIABI9WFwl

The Chiefs host the Tennessee Titans with a berth in Super Bowl LIV at stake at 2:05 p.m. on Sunday.

Tennessee beat Kansas City during a Nov. 10 meeting in Nashville, rallying from a nine-point hole in the fourth quarter for a 35-32 victory.

The Chiefs have won seven consecutive games since that loss.

And not to jinx anything, but, yes, KCPD is making plans now just in case the Chiefs happen to win a little football game set to be played Feb. 2 at Hard Rock Stadium in Miami Gardens, including the identification of a parade route.

Additionally, with the large crowd expected in such an eventuality, KCPD is lining up regional support and has made requests for mutual aid.