KU knocks off Northeastern to advance in NCAA Tournament 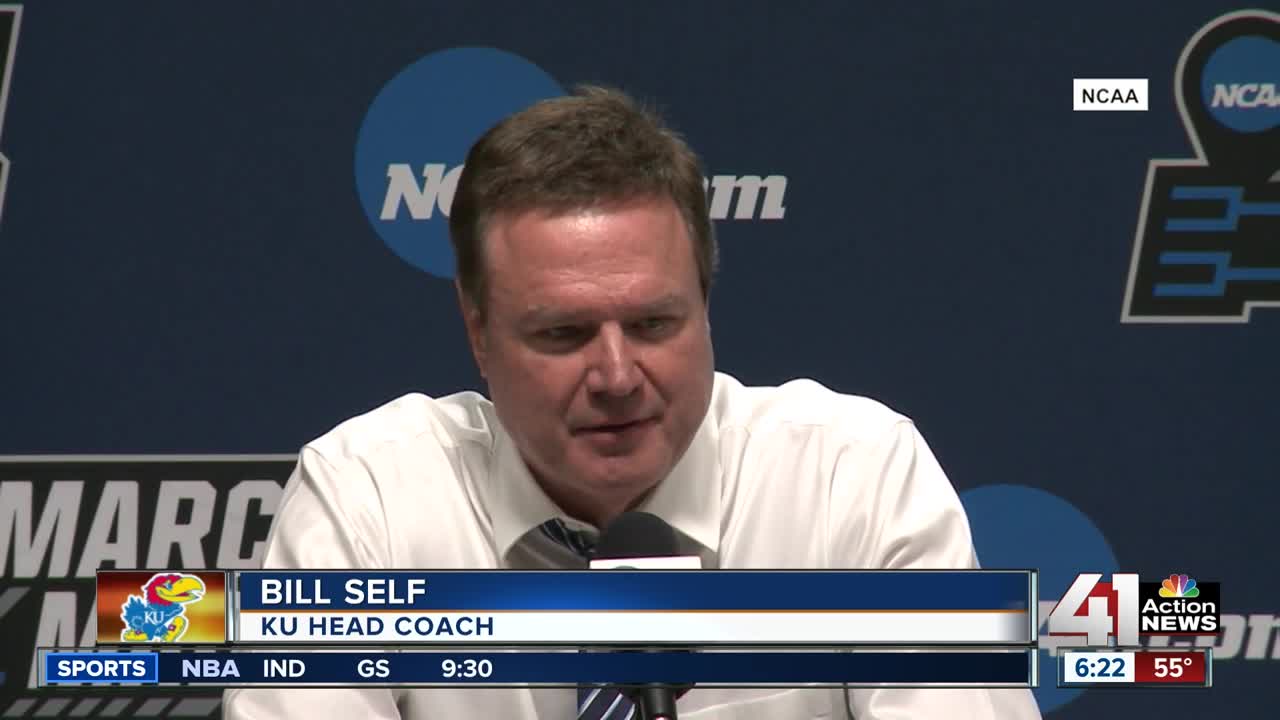 The Kansas Jayhawks will play at least one more game this year. 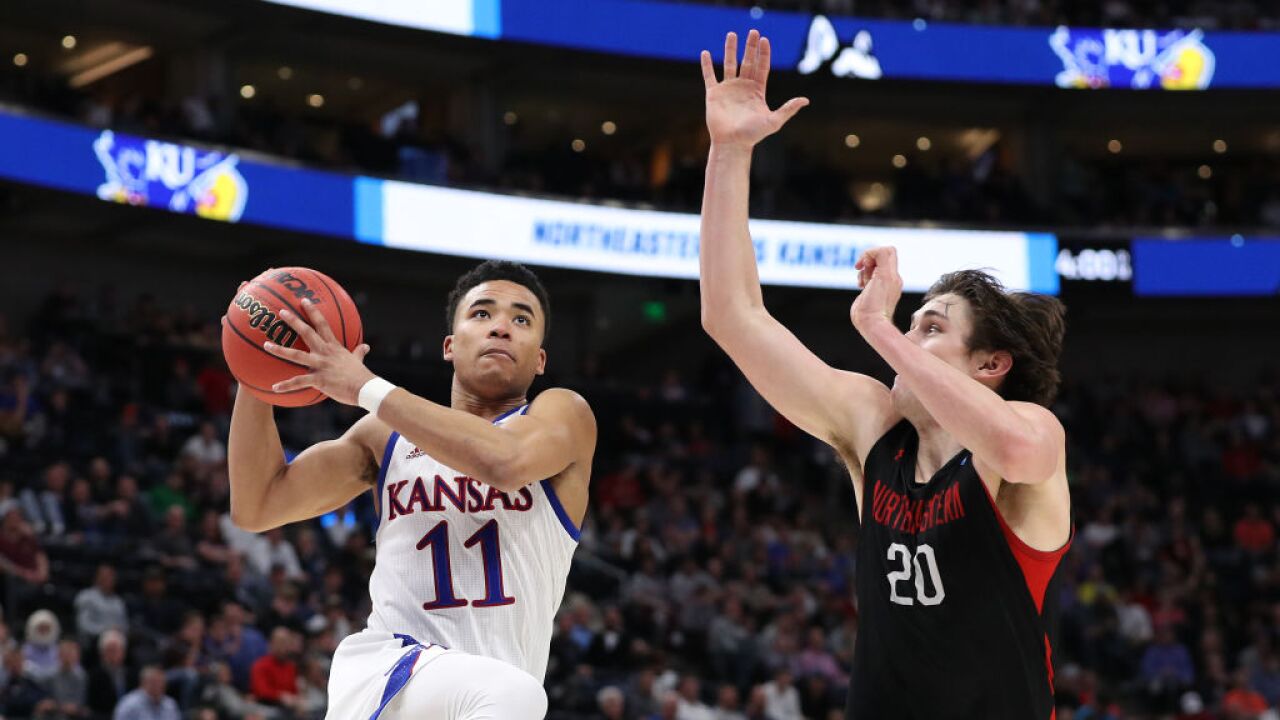 KANSAS CITY, Mo. — Kansas, with all its ups and downs this season, was a popular pick to be one of the NCAA Tournament's first big upsets.

As higher seeds like Auburn and Michigan had tense moments in their openers, the Jayhawks soared into the next round.

Dedric Lawson had 25 points and 11 rebounds, and Kansas dominated inside for an 87-54 rout over Northeastern Thursday in the Midwest Region

"I thought our guys were as locked in as they've been all year," Kansas coach Bill Self said.

The fourth-seeded Jayhawks (26-9) had a notable size advantage inside and used it, outscoring the Huskies 50-16 in the paint while grabbing 17 more rebounds.

Kansas shot 56 percent and advanced to Saturday's second round against fifth-seeded Auburn.

"We were settling for 3s early in the game," K.J. Lawson said. "Once we settled in, everybody was in attack mode and had a great performance today."

The Colonial Athletic Association champions went 6 for 28 from the arc after finishing the regular season 17th in Division I at 38.6 percent. Sharpshooter Vasa Pusica had a hard time getting separation from the Jayhawks' athletic guards, finishing with seven points on 2-of-11 shooting.

Jordan Roland had 12 points to lead the Huskies, who shot 28 percent overall.

"They took us out of our own identity," Northeastern coach Bill Coen said. "If you were dialing up a blueprint for an upset, you have to have a great shooting night. Unfortunately, we didn't have that."

The Jayhawks had a regular season like few others in their storied history.

Kansas made the NCAA Tournament. That was no shock. This was its 30th straight year in the bracket.

Kansas played all season without Silvio De Souza after he was connected to the federal probe into college basketball corruption. Center Udoke Azubukie was lost for the season in January to a wrist injury. Senior guard Lagerald Vick left the team for personal reasons in February.

Self navigated the attrition the best he could, piecing together a lineup with four freshmen and a lineup no one could have predicted at the season's start.

The result: Kansas had its 14-year reign as Big 12 champions come to an end and was a trendy upset pick against the 3-shooting Huskies in the NCAA Tournament.

Northeastern was no match for Lawson inside and had a hard time stopping the Kansas guards off the dribble from the get-go. Lawson had 16 points by halftime and the Jayhawks led 37-25.

The Huskies also needed to make 3-pointers to keep Kansas in reach and didn't, going 5 for 17 in the first half.

"We missed our first few shots and I don't know if we got flustered," Northeastern's Bolden Brace, who had seven points and nine rebounds. "We kind of relied on the 3-point shot and when that kind of didn't work out, other parts of our game kind of fell apart a little bit."

Northeastern got over a hump by bouncing back from a big disappointment in last year's CAA tournament, but didn't have the size or athleticism to keep up with the Jayhawks.

Kansas did what it normally does as a high seed in the NCAA Tournament, stretching its opening-game winning streak to 13 games.