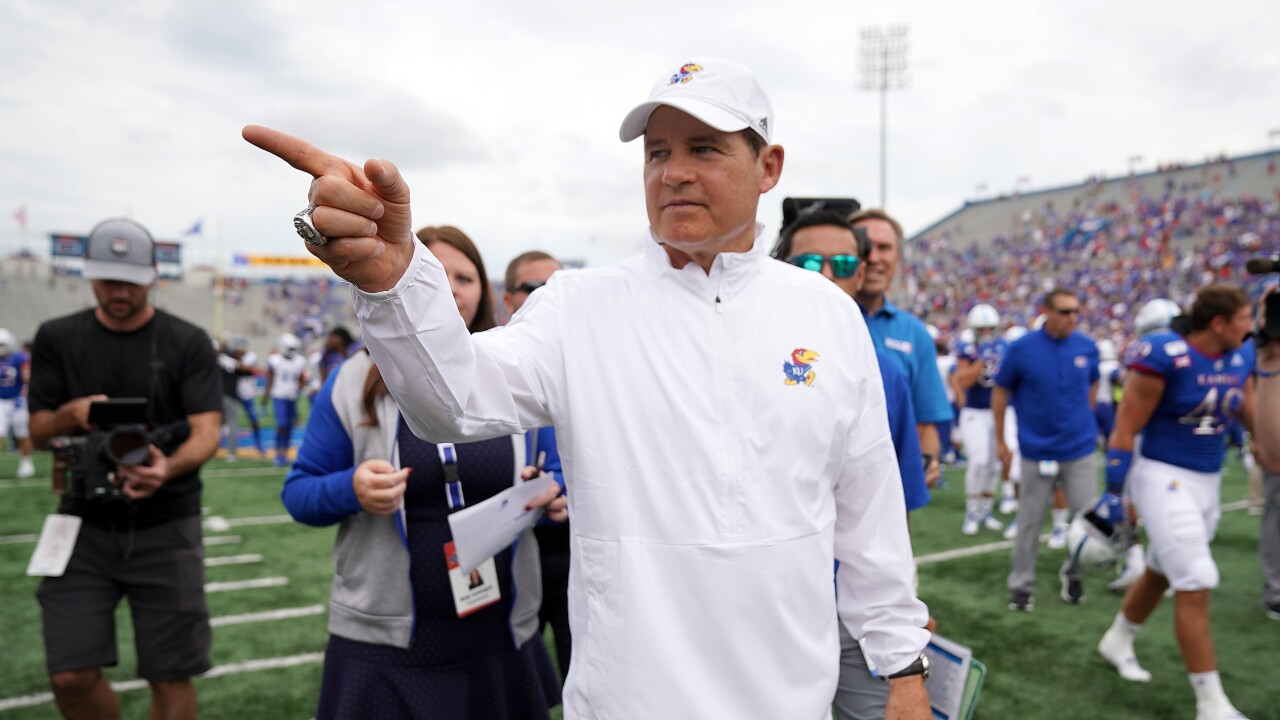 The Jayhawks (2-1), who entered as a three-touchdown underdog, won their first road game against a power conference opponent since a victory at Iowa State on Oct. 4, 2008, a span of 48 straight losses. Pooka Williams ran for 121 yards on 22 attempts with a TD, and Herbert added a late score. Stanley was 20 of 27 for 238 yards with an inception on his first attempt.

Trailing 24-21, Kansas ran a simple pitch play at their own 15 with 40 seconds left and Herbert broke up-the-middle and headed down the right sideline for 82 yards before being knocked out of bounds.

Midway into the third quarter, the Jayhawks increased it to 38-24 when Williams had a 12-yard scoring run, capping an 87-yard drive.

BC had taken a 24-21 edge when Brown caught his 12-yard score from receiver CJ Lewis.

The Eagles scored on their first two drives and led 10-0 before the Jayhawks scored on six straight possessions.

Kansas: The Jayhawks rebounded from a miserable loss at home against Coastal Carolina when they collected only 280 total yards by putting up 567 yards Friday. . They beat Central Michigan on the road last season. Before that, their last road win was at Texas El-Paso on Sept. 12, 2009.

Boston College: It's the worst home — and probably overall — loss in coach Steve Addazio's seven seasons at the school. Unless the defense gets fixed quickly, it could lead to a rough year when conference play and a tough late schedule loaded with road games at Clemson, Syracuse and Pittsburgh — and a nonconference matchup at Notre Dame — kicks in.

Boston College: Travels to Rutgers next Saturday for its first road game.