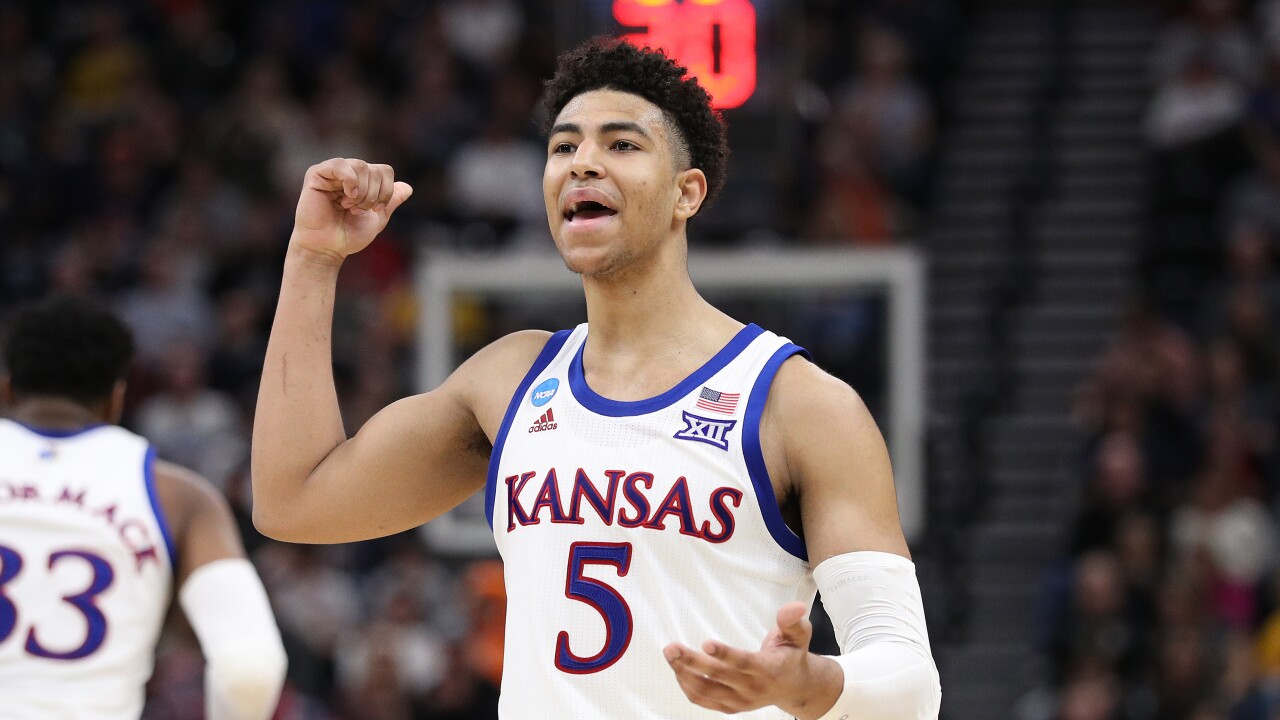 KANSAS CITY, Mo. — Quentin Grimes is in the middle of his multi-day job interview in Chicago at the NBA Combine, but he still doesn't know if he'll apply yet.

"I haven't made my decision yet, but I'm still keeping an option open," Grimes said Thursday after a scrimmage at the Combine.

Grimes had an unsteady freshman year at Kansas. He arrived in Lawrence as a heralded McDonald's All-American, but he struggled at times on the way to averaging 8.4 points per game.

Nonetheless, Grimes declared for the NBA Draft after the season.

The Woodlands, Texas, native had a good first scrimmage in Chicago, scoring nine points with three steals and three assists.

Grimes has until June 10 to withdraw from the NBA Draft and return to KU.

"After the Combine and a few more workouts after that, then I'll kind of make my decision," he said.