Dozier scores Gore in the 9th for 9-8 win 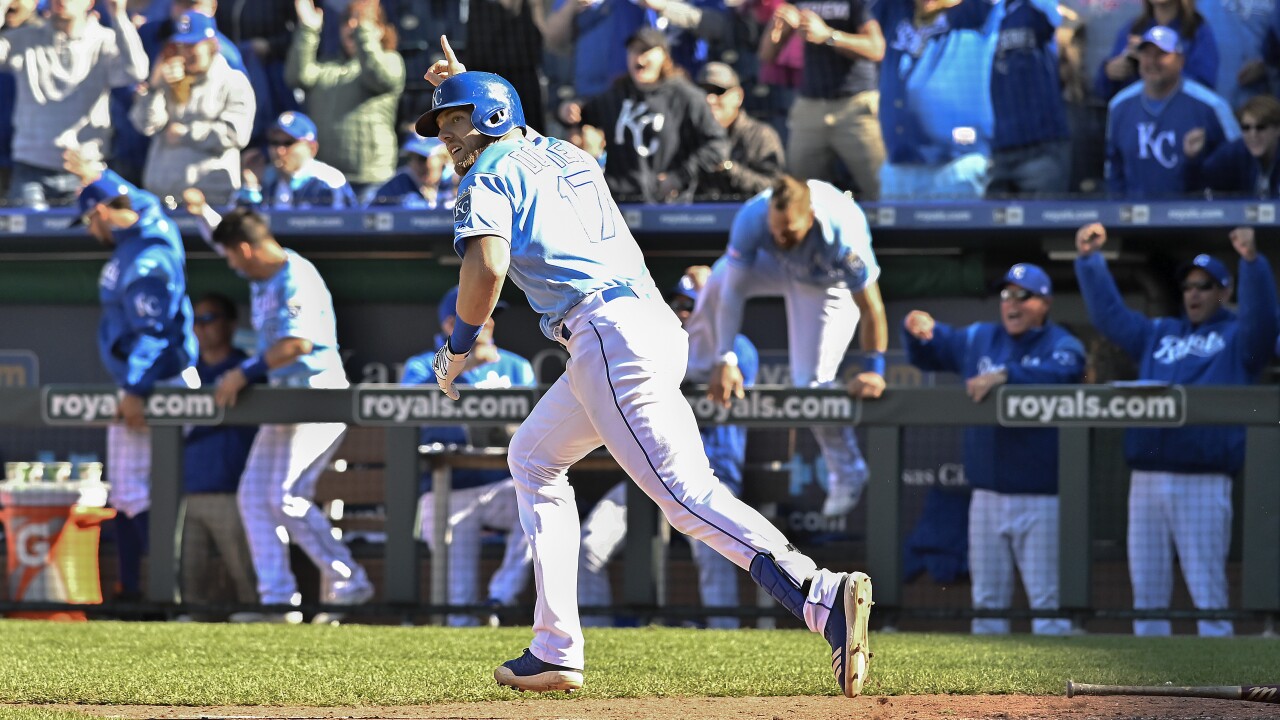 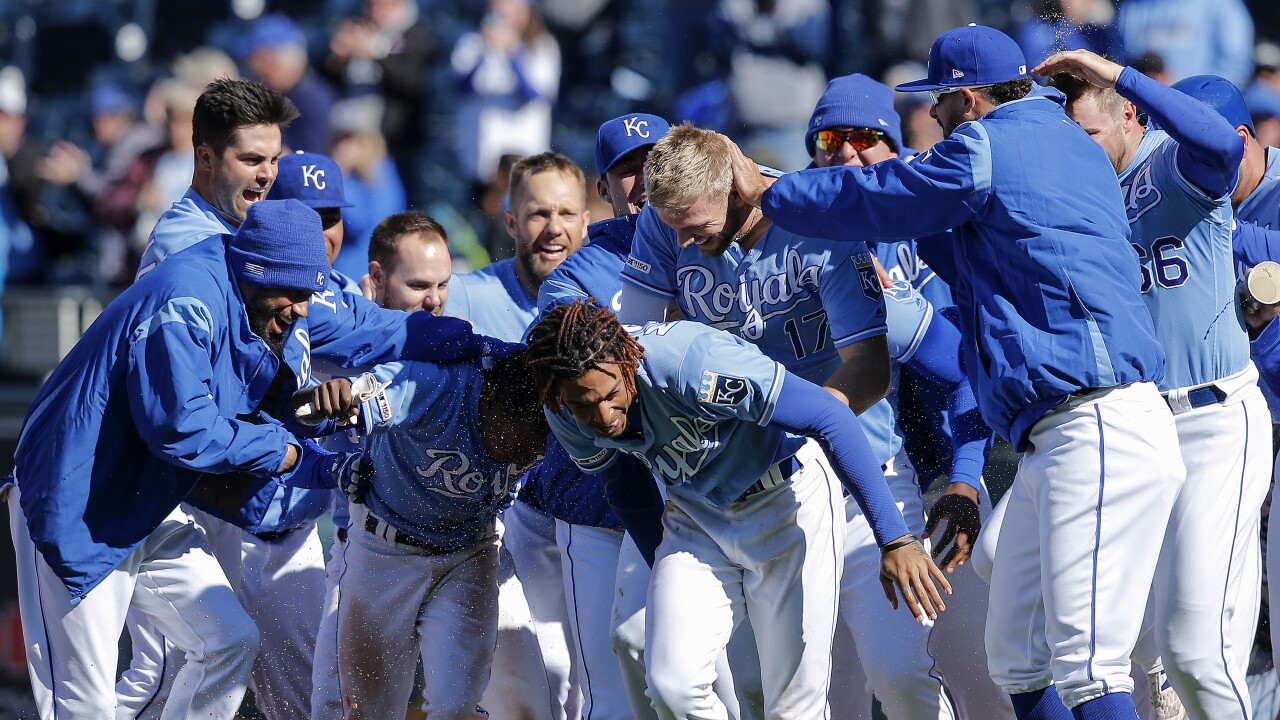 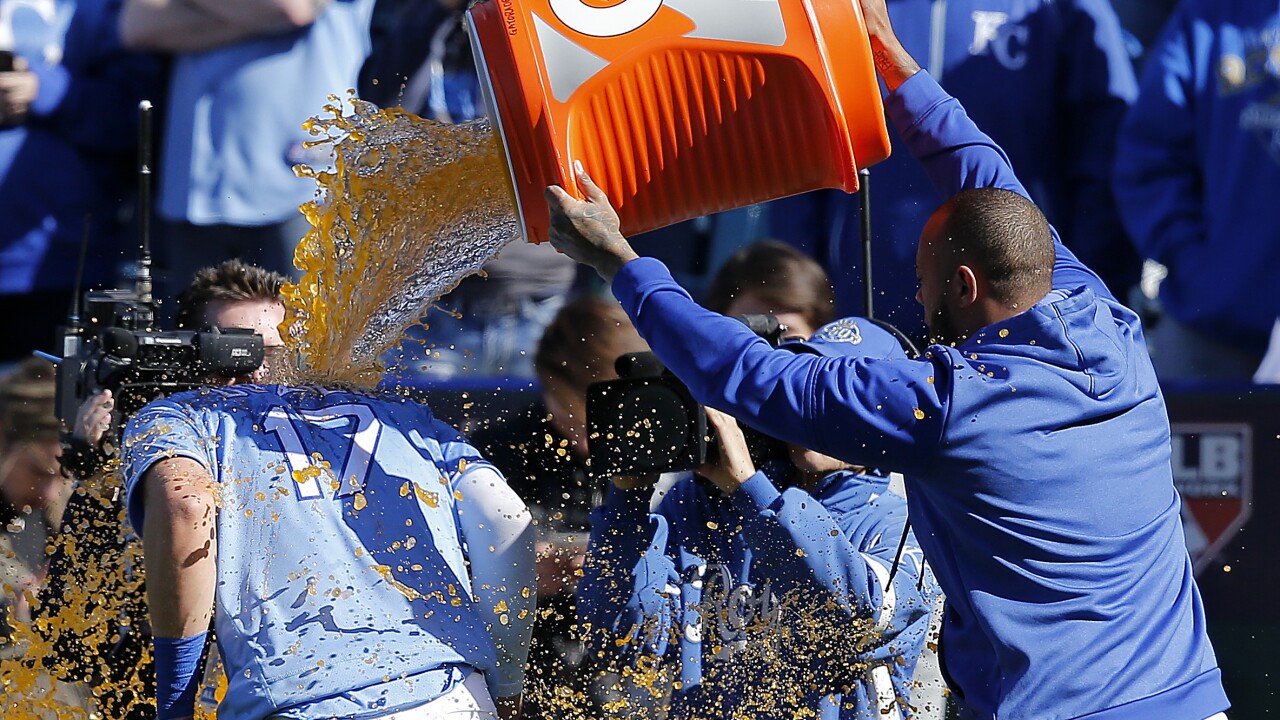 KANSAS CITY, Mo. — Pinch-runner extraordinaire Terrance Gore stole a base and then scored on Hunter Dozier's single in the ninth inning, lifting the Kansas City Royals over the Cleveland Indians 9-8 Sunday to complete a three-game sweep of the AL Central favorites.

Ryan O'Hearn led off the ninth with a walk against Brad Hand (0-1) and was replaced by Gore. The speedster swiped second and advanced to third on a throwing error by catcher Roberto Perez. Dozier then singled to left for Kansas City's first walk-off win of the season.

The Indians had not been swept in a road series of at least three games since May 4-6, 2018, at Yankee Stadium.

The Royals roughed up two-time Cy Young Award winner Corey Kluber, who allowed 11 of his 18 batters to reach base safely. He gave up six runs, six hits and a career-most five walks in just 2 2/3 innings. The five walks doubled Kluber's season total -- he didn't walk more than three batters in any game in 2018.

Leonys Martin hit his second leadoff homer in five days for Cleveland during a three-run first inning. Martin had three hits, and Jake Bauers had two hits, including a tying two-run single to cap a three-run rally in the seventh.

Wily Peralta (1-1) pitched the top of the ninth.

Indians: SS Francisco Lindor is likely to join Triple-A Columbus in Louisville. Francona said Cleveland wanted to "give him one more day of back-to-back-to-back. If everything checks out, he might get on a flight this afternoon and go to Louisville." Lindor has not played this season, due to a right calf strain and a left ankle sprain.

Royals: CF Billy Hamilton was not in the starting lineup, but manager Ned Yost said he "absolutely would be available" to play defense if necessary, but probably not to pinch run. He has a mild MCL sprain and a bone bruise on his left knee suffered when he crashed into the wall Thursday. Hamilton did not play.

The Indians selected the contract of OF Carlos Gonzalez from Triple-A Columbus. In a corresponding move, RHP Jefry Rodriguez was optioned to Columbus.

Gonzalez hit .348 with a home run and three RBIs in six games at Columbus. The Indians won't need a fifth starter until April 24, but Francona said Rodriguez definitely earned another look with a solid outing Saturday.

Royals RHP Heath Fillmyer (0-0, 15.00 ERA) will pitch as the Royals open a three-game series against the White Sox in Chicago. Former Royal Ervin Santana (0-1, 17.18 ERA) will take the mound for the White Sox.