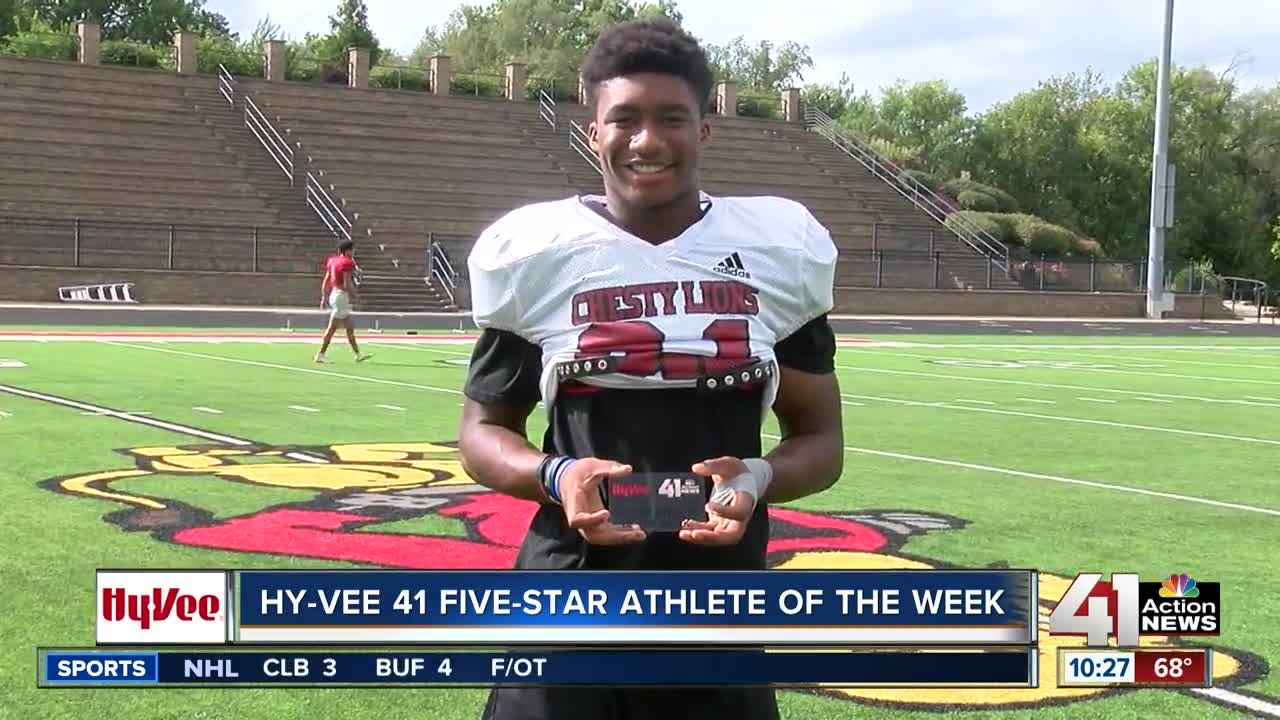 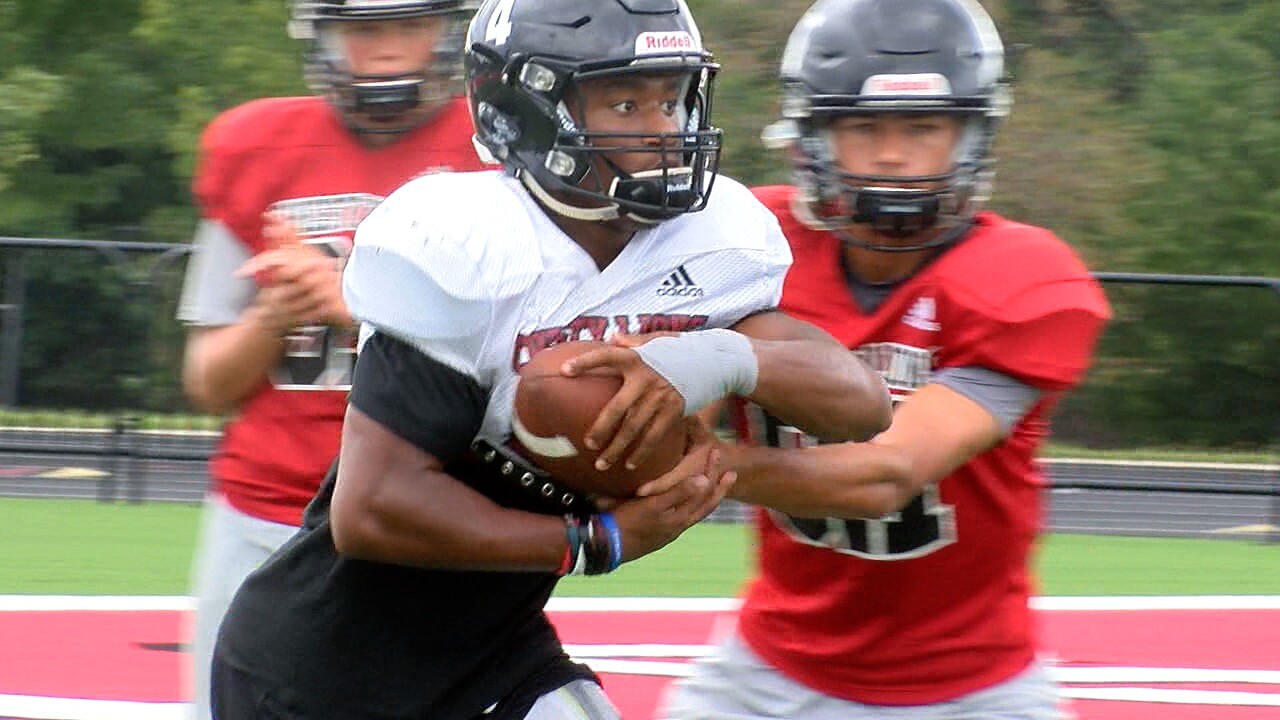 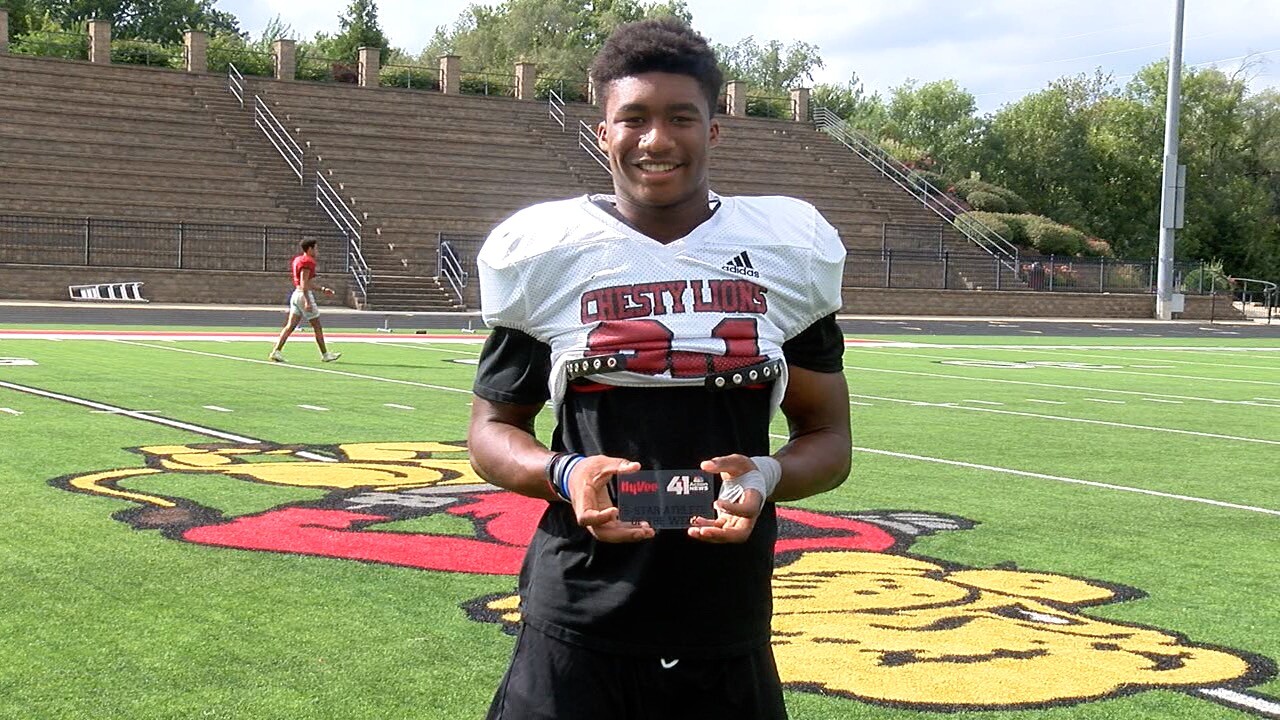 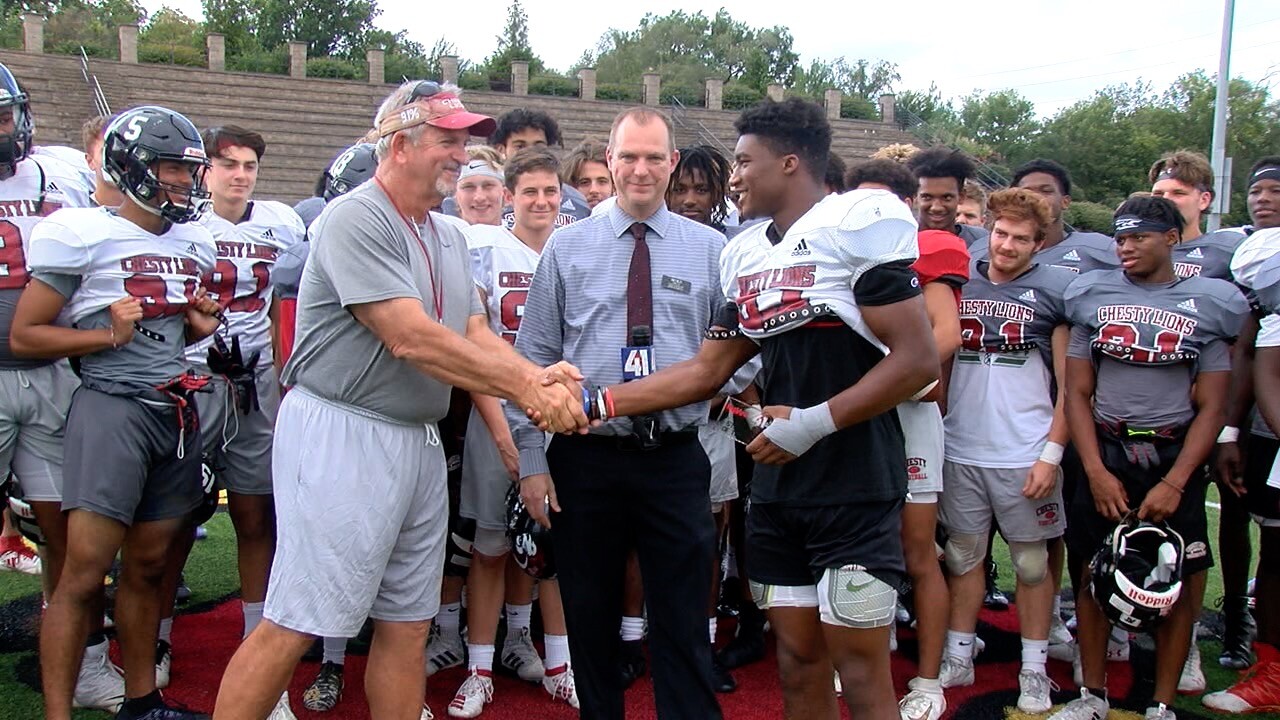 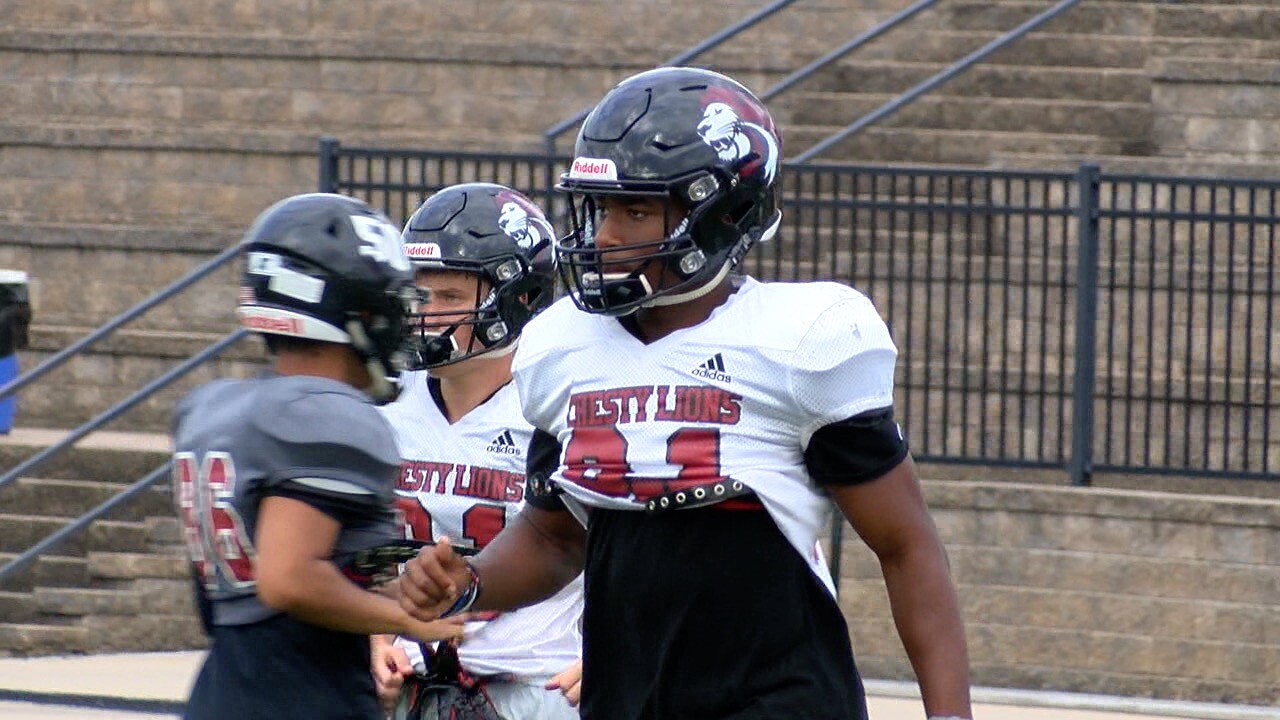 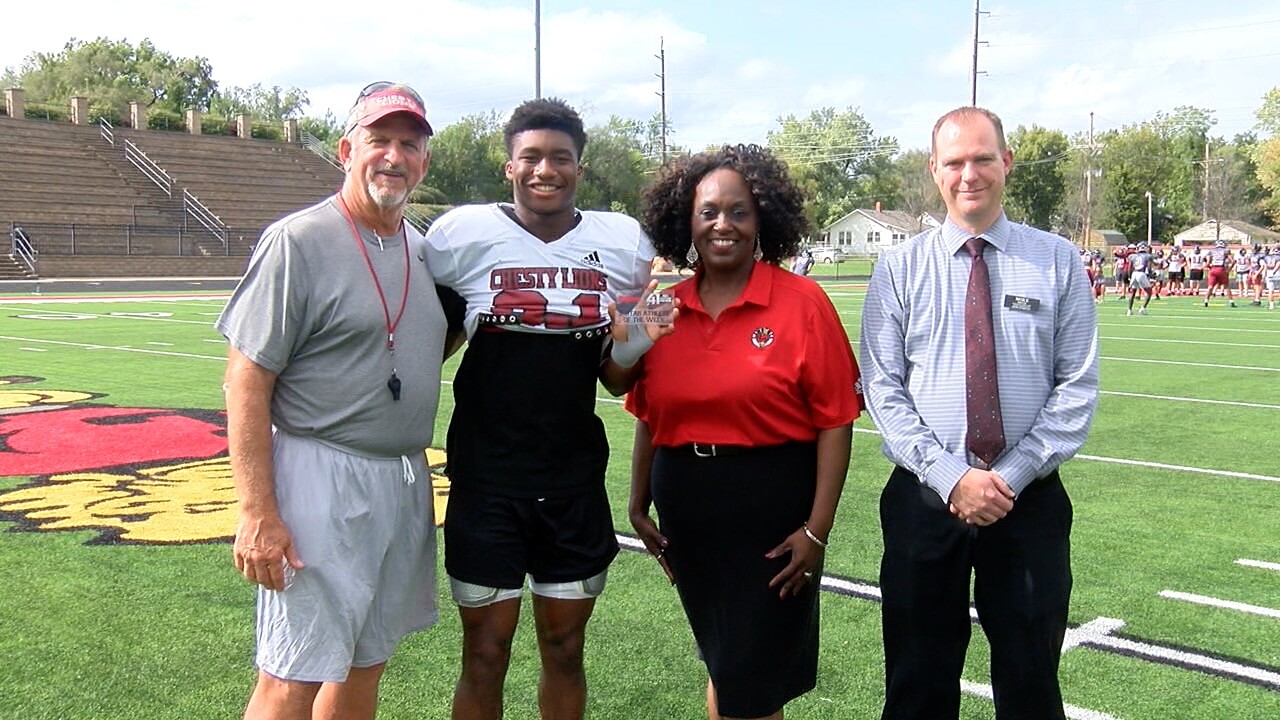 It also earned Neal the Hy-Vee 41 Five-Star Athlete of the Week, though he aid he couldn't take all of the credit.

"It's a great feeling , but I'll still always give the credit to the (offensive) line," Neal said. "They (have) made my job easier every day. We just come out here, we executed very well, and I just got the props to being the Hy-Vee player of the Week. But (I've) always give props to the big guys up front."

Steve Rampy is in his second year as head coach at Lawrence, but he has nearly 40 years of coaching experience. He spent eight years as offensive coordinator at Pittsburg State prior to taking over for retired Lions coaching legend Dirk Wedd.

"I'd be stupid if I didn't try to give him the ball that many times," Rampy said. "I mean, in our game plan, we have a call sheet and part of the call sheet is 'Devin plays,' where I know he's gonna touch the ball," Rampy said. "We have a lot of plays that option plays and RPO-type plays that I want to know the ones that are for sure going into his hands. So, in my call sheet, I have 'Devin plays' and these are going to Devin no matter what. And I'll have 10 or 12 of those."

Rampy also talked about Neal's character and rapport with teammates.

"As good of an athlete as he is, and he's a fantastic baseball player as well for Lawrence High School, he is obviously one of the best football players around," Rampy said. "Also, both of those things fade away when you consider how good of a person he is. He is an unbelievable student, works really hard academically, and (is) just a really good person. He is just a great teammate for our guys on the team and a great leader."

Neal remembers is motivated by a 1-8 record last season and hopes to power plenty more wins in 2019.

"It was all preparation this summer, especially coming off of the season we had last year," Neal said. "It wasn't so great, but we knew we were going to be better this year. We worked really hard throughout the summer and practiced everyday. The day before the games we always have this preparation sheet of what we're gonna do against a team, and it helps extremely well."

Editor's note: The Hy-Vee 41 Five-Star Athlete of the Week segment airs every Wednesday night during the 10 p.m. sportscast for the entire school year.