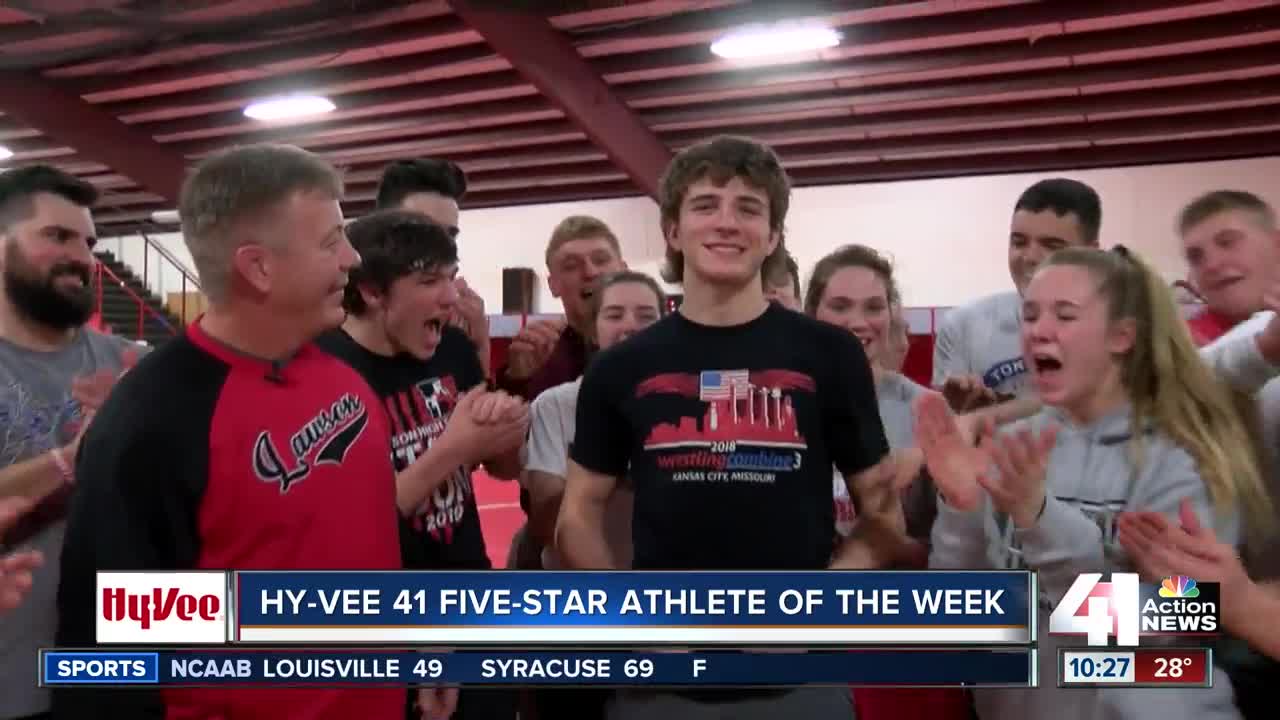 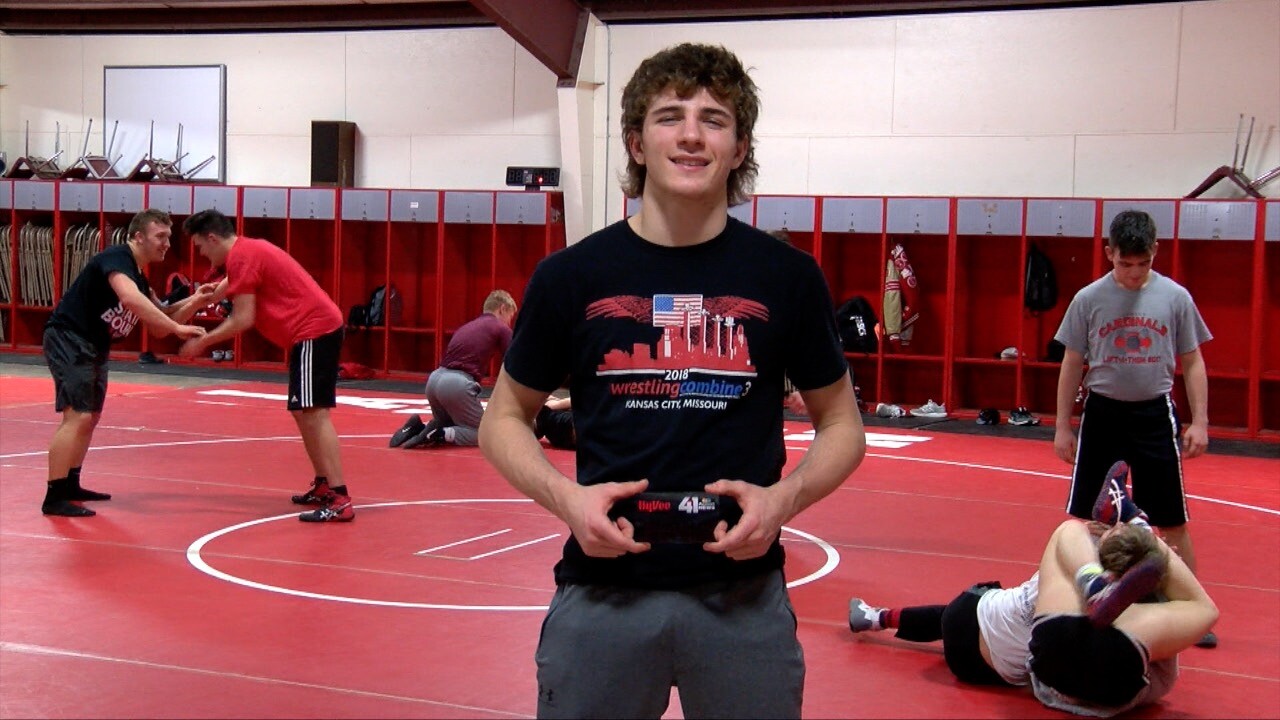 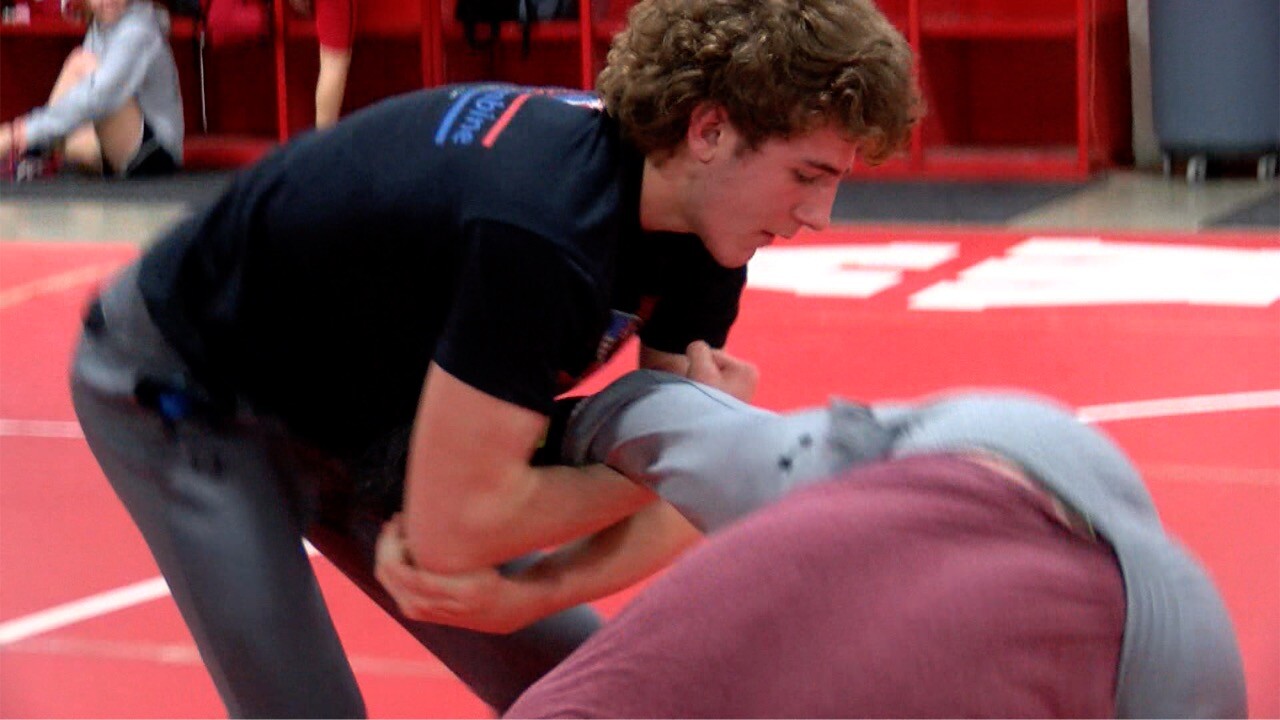 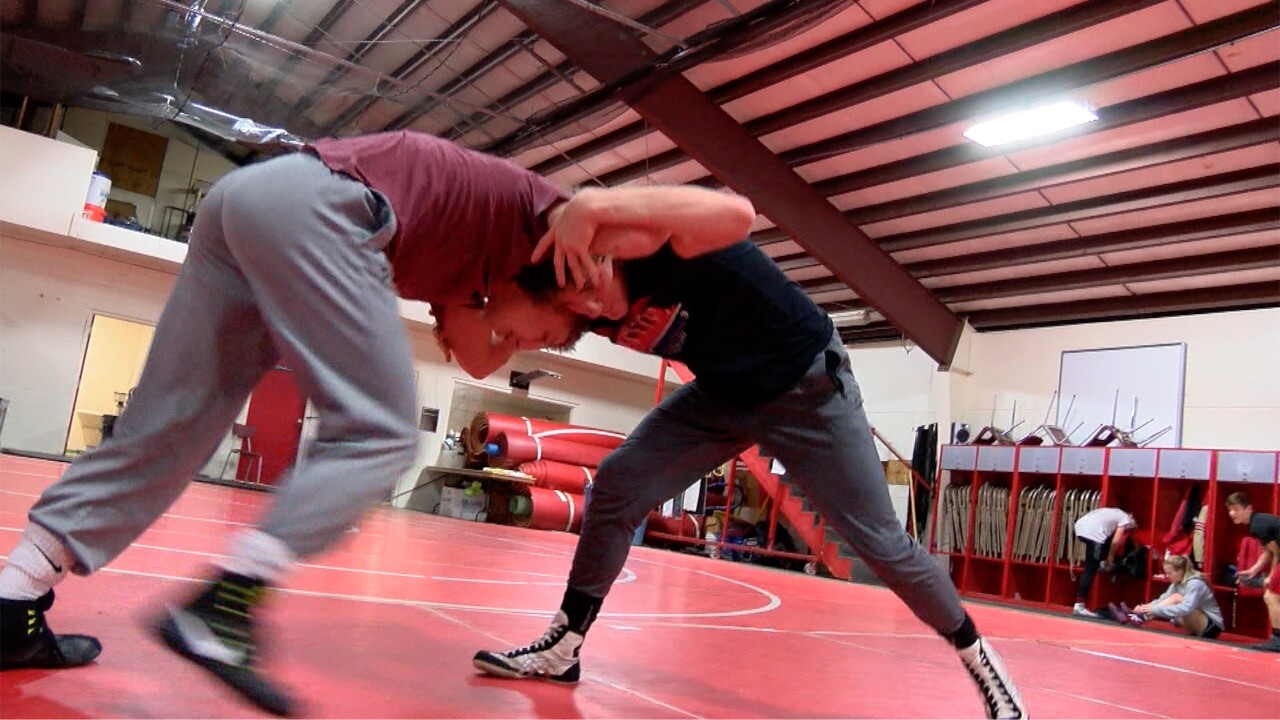 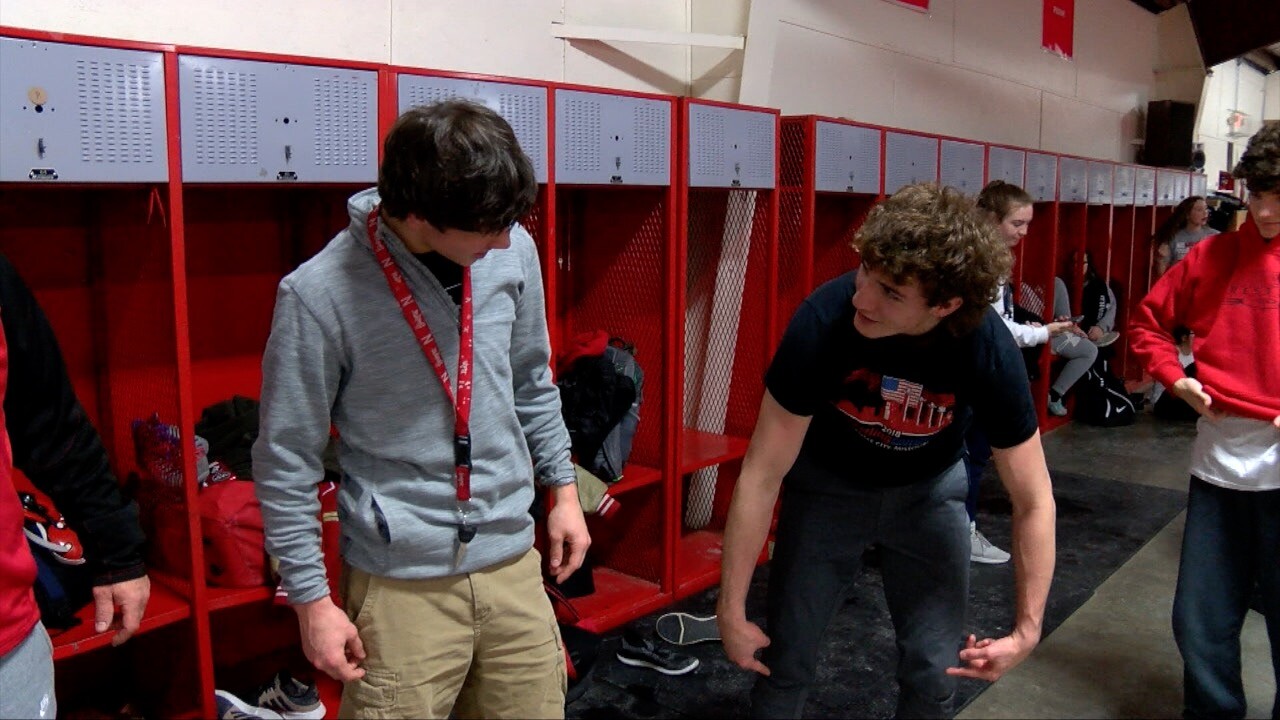 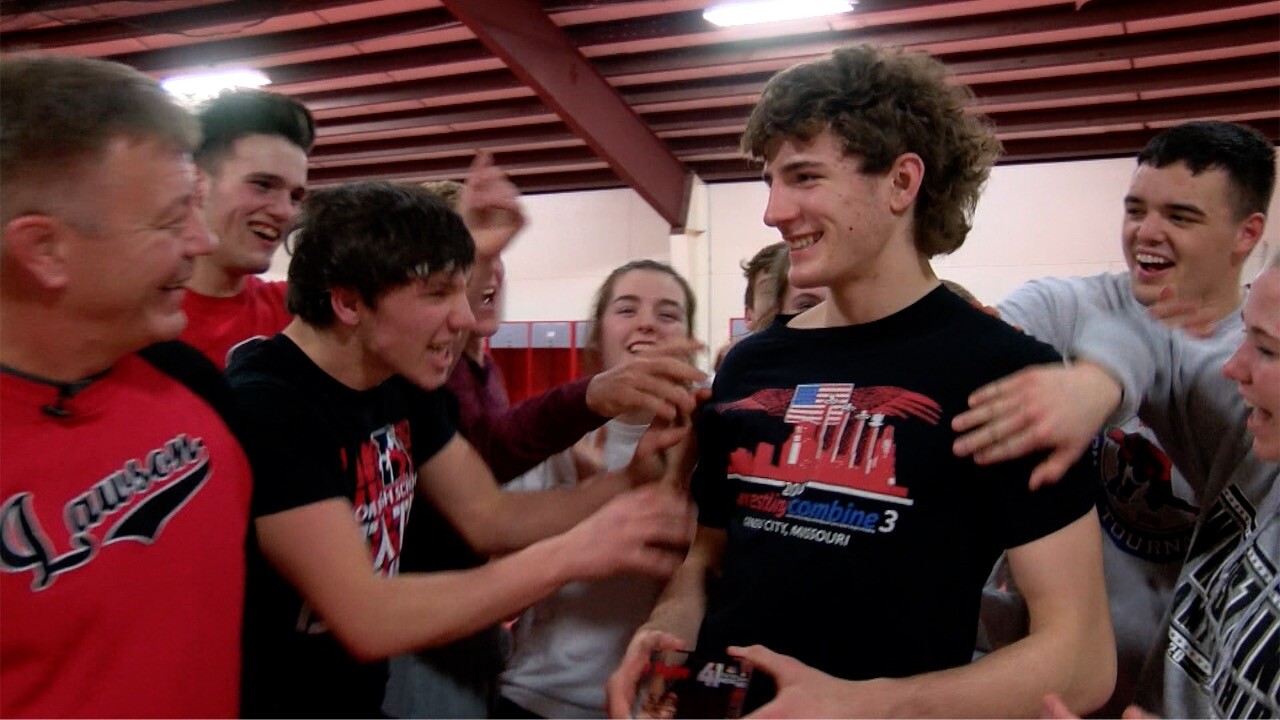 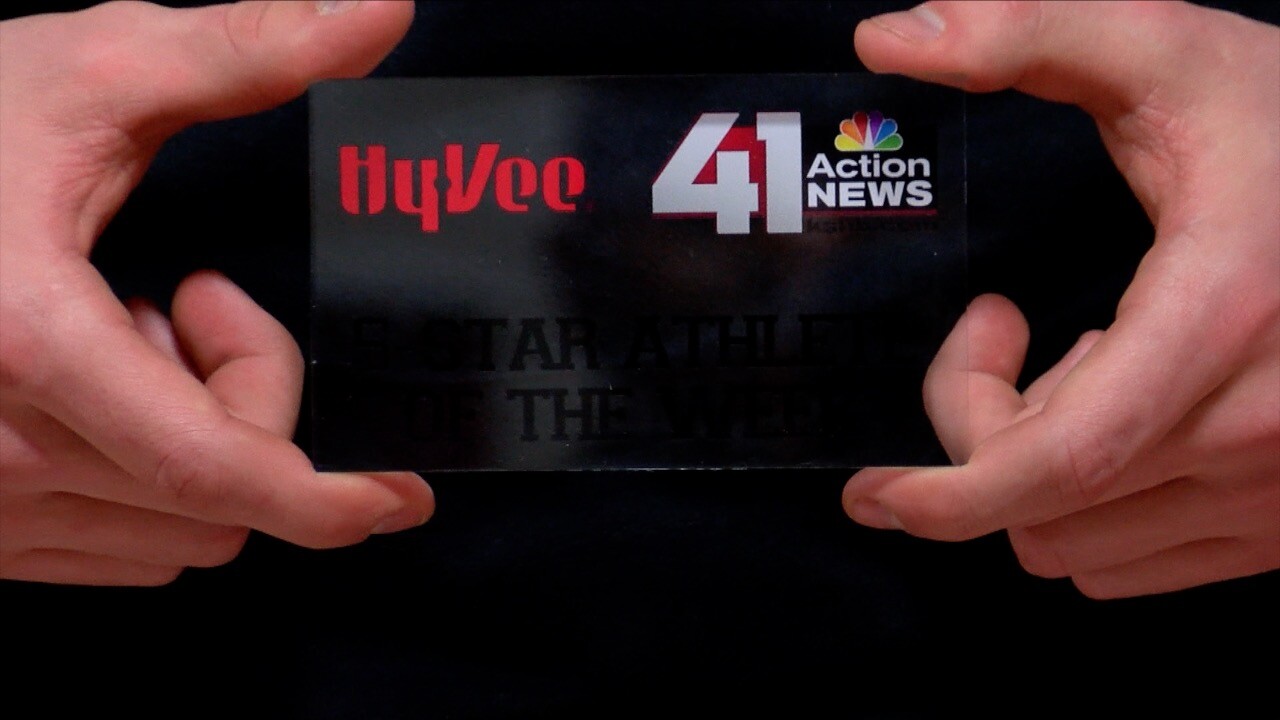 LAWSON, Mo. — Tyler Ross can certainly be described as a big fish in a small pond.

Ross is part of a community with just 2,473 people. He attends Lawson High School which only has 381 students. And, in the larger Kansas City metropolitan area, sometimes it's hard to get noticed as an athlete at a smaller school.

However, Ross has made the most of his opportunity to showcase his talents by winning back-to-back individual Missouri class 1 state championships. Last year, he won the state title at the 145 pound weight class. This year, Lawson defeated Whitfield's Chase Brock by fall, in the 160 pound weight class, to win the championship.

He finished his junior campaign with a perfect 46-0 record that included 35 total pins during the season. His championship victory also helped the Cardinals boys wrestling team to place in the tournament where they finished 4th overall.

What's more, Tyler's primary motivation for what he calls "taking it up a notch" can be traced back to the championship match he lost his freshman year. That year, he fell to Lexington's Alex Hollingsworth by a 4-3 decision. That loss was especially painful for him.

"I don't like losing. So, that really opened my eyes cause that was on the big stage. Everybody saw it. I just don't wanna feel that again," Ross said. "I think just going into the match, just mentally preparing myself before it cause, I wanna win another state title. [I've wanted to] be a three-timer ever since I lost [that match]. So, I think I knew going in, I had to get it done again. And, just mentally preparing myself, keeping my mind right before the match. And, even like during the match, right as soon as the whistle blew, I knew it was go time. And, [I] just had to go get another title."

Tyler's credentials are impressive through three years of high school competition. He's a three-time state finalist, two-time state champion who's only lost eight total matches his entire high school career (140-8 overall). He's a two-sport athlete who also runs cross country. And, he's already committed to wrestle at division one University of Arkansas-Little Rock (UALR). By the time he arrives at UALR, his first year of wrestling will be the second year of the men's wrestling program's existence at the school. The school's administration recently voted to add men's wrestling as the 15th varsity sport to compete, at the school, as part of the Sun Belt Conference. The team will compete for the first time ever in the fall of 2019.

Not only has Ross left a mark on Lawson High School as the school's first-ever Hy-Vee 41 Five-Star Athlete of the Week, he'll have a chance to leave a mark on a brand new college program at UALR. But, Tyler is not resting on his laurels.

"I know there's still work to be done before I go down there. I mean, I've still got another year to get better. And then, once I get down there, it's not like it's all done. I still have to go down there, work my butt off and wrestle [hard]. And, I think it's gonna be fun," Ross said.

Not only is Tyler Ross a great wrestler on the mat, those around him say that he is a great person off the mat.

"Tyler's a really really good kid. I've know Tyler for a long time since he was a little bitty guy," Cardinals wrestling head coach Jeff Andersen said. "He's always willing to help other kids in the room. You know, he'll grab people and show them things. And, you know, a lot of times, he's another assistant coach when he's not wrestling. You know, he's hollering encouragement. And, if some kid loses a match, or makes a mistake, you know, a lot of times, he's catching the kid before we have a chance to catch him."