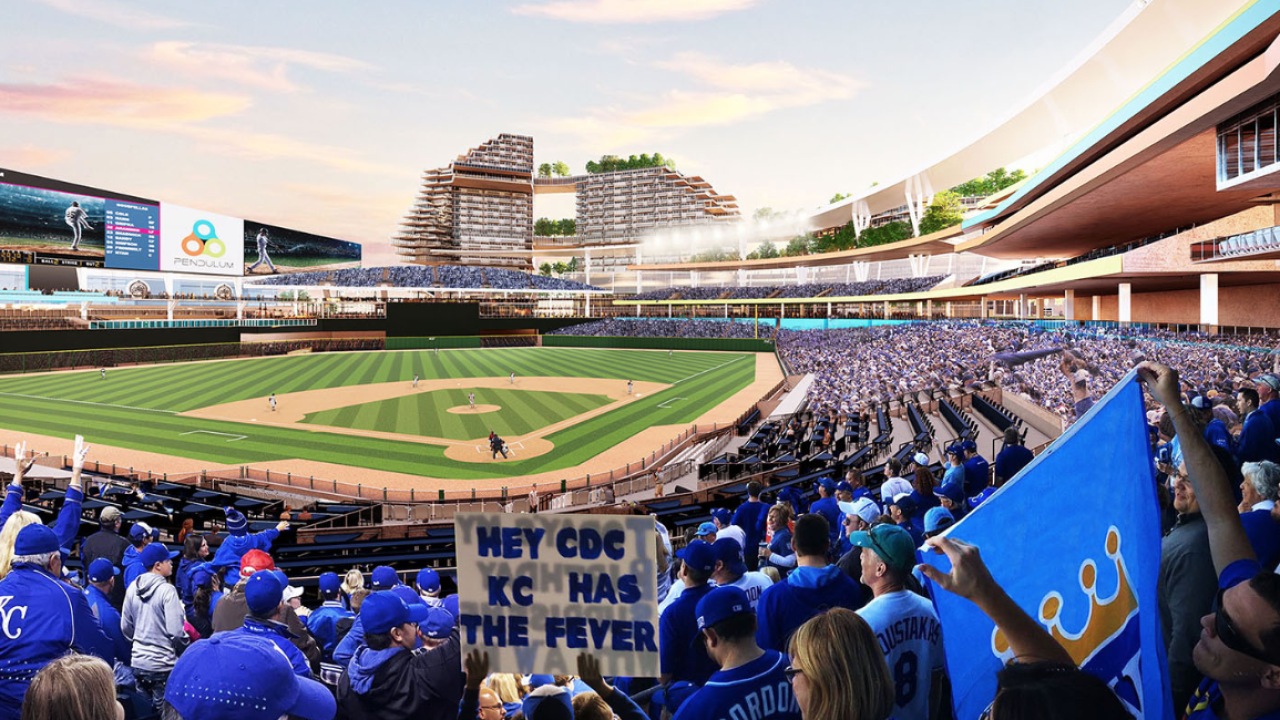 KANSAS CITY, Mo. — Ever wondered what a downtown stadium for the Royals actually would look like?

The proposal would plop a new stadium downtown between 10th Street to the north and 12th Street to the couth, and between Cherry Street to the west and U.S. 71 to the east — a few blocks northeast of the Sprint Center, City Hall, the Jackson County Courthouse and KCPD Headquarters among other notable locations.

The renderings produced by Pendulum aren’t sanctioned by the Royals and haven’t been vetted by Kansas City, Missouri, leaders.

According to the website: “A group of like minded Kansas City based business owners decided to put their heads together and answer the question ‘what if the Royals were downtown?’ To be clear, no-one asked our opinion on this subject, but if they did, we think there’s a compelling story to tell, and that story should speak to the past, present, and future Kansas City.”

During his introductory press conference, new Royals owner John Sherman said he was open to the idea, but said it would likely be a public/private partnership and there was a lot of work to do, he said.

Mayor Quinton Lucas has said such a project wouldn't be a priority until other basic city services are shored up.