F.L. Schlagle's Tylen Wallace is Hy-Vee Athlete of the Week 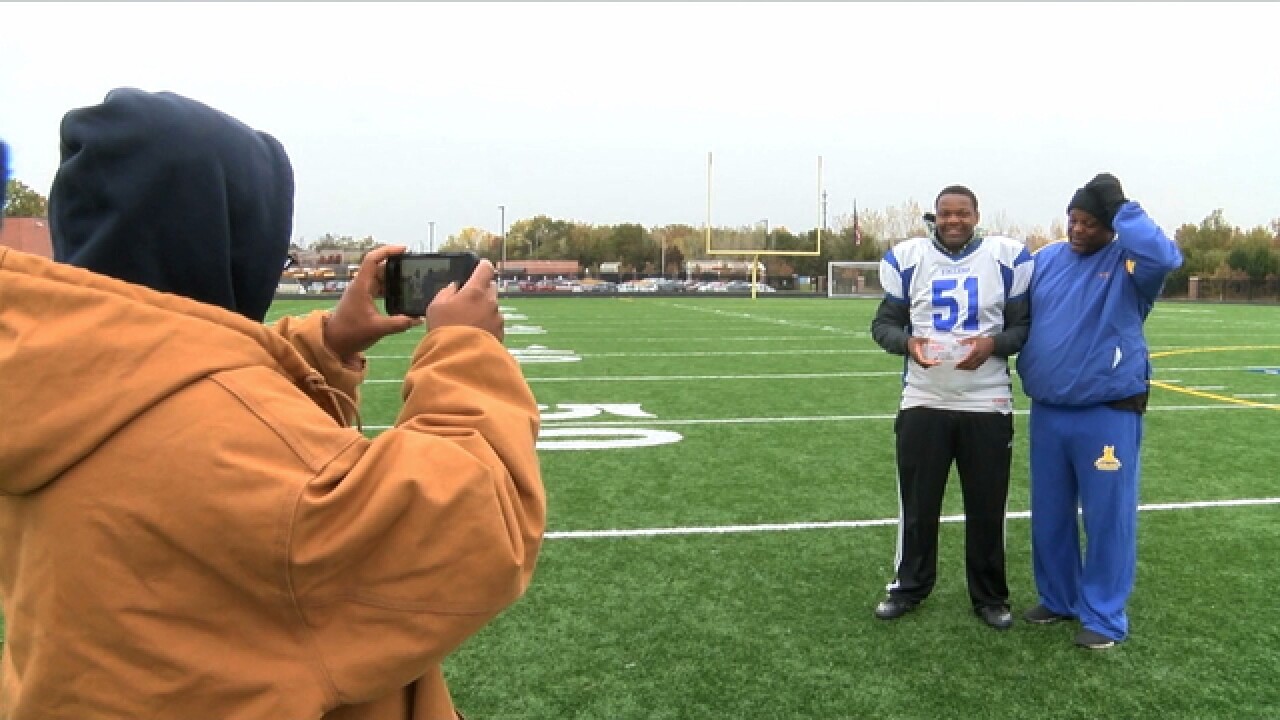 Copyright 2017 Scripps Media, Inc. All rights reserved. This material may not be published, broadcast, rewritten, or redistributed.
<p>Tylen Wallace takes a picture with father after winning the Hy-Vee 41 Five-Star Athlete of the Week honor.</p> 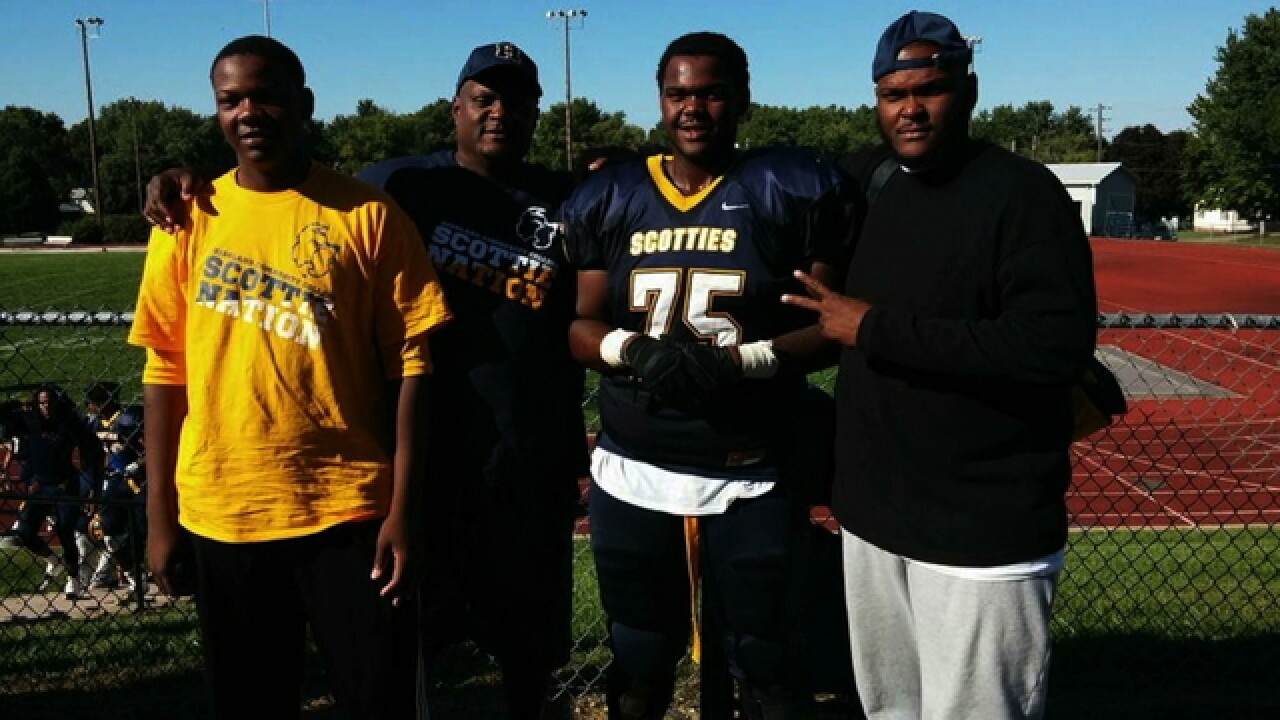 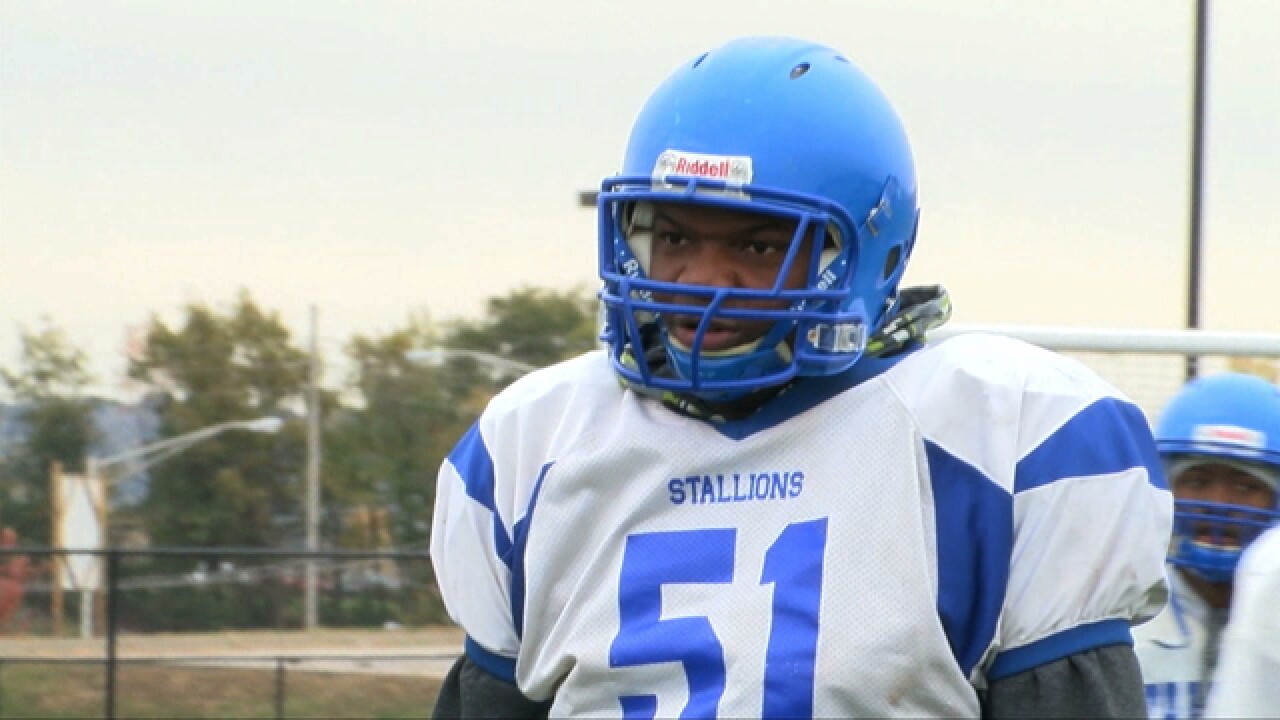 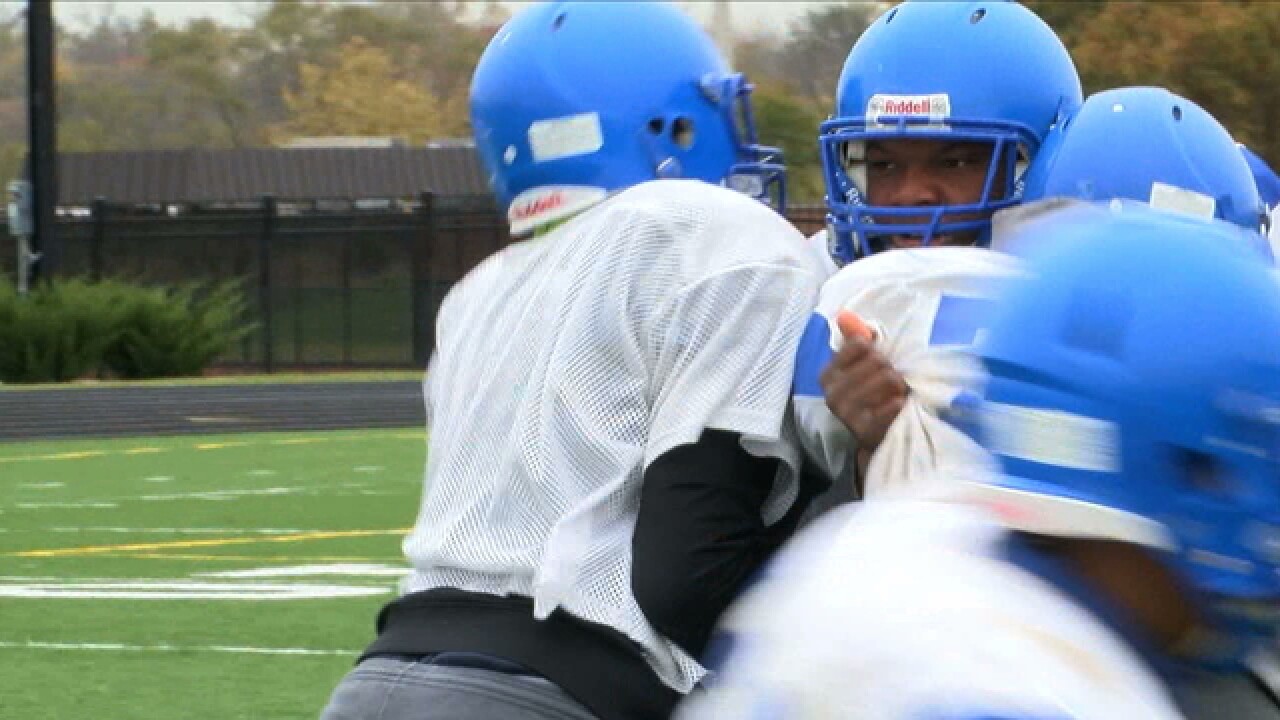 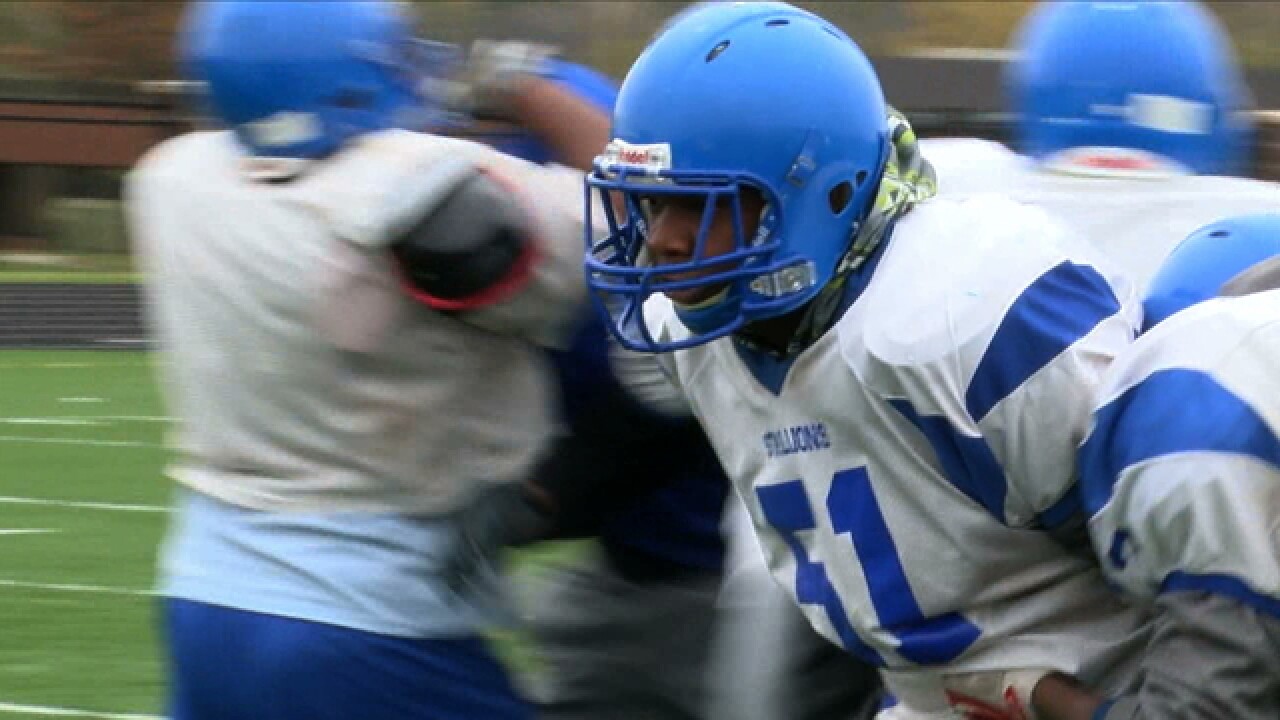 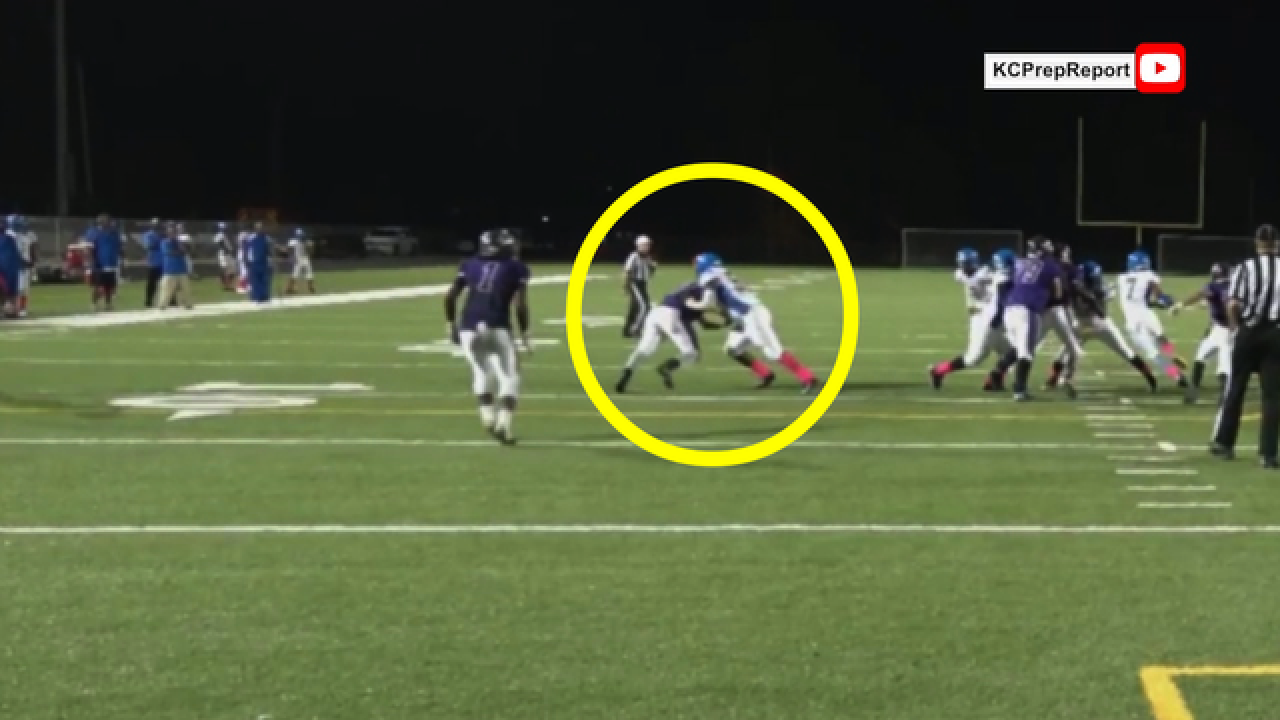 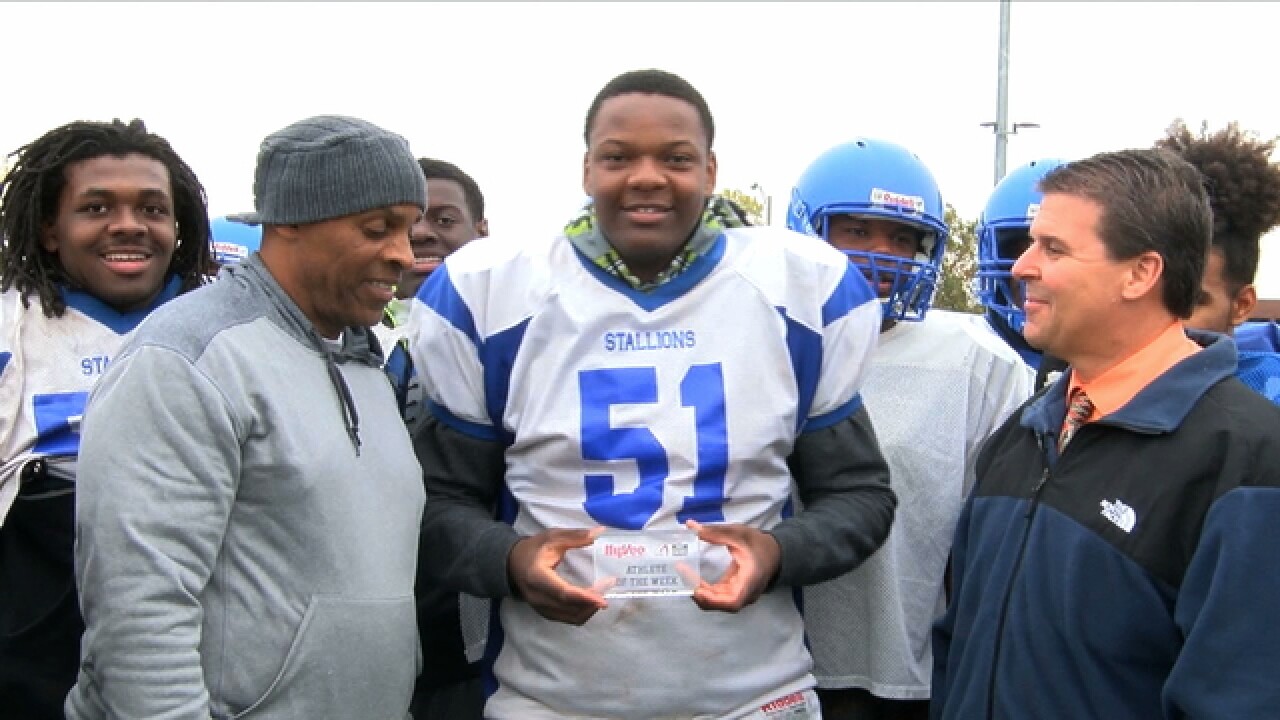 Most people will tell you that offensive lineman Tylen Wallace has a lot to do with their success.

Tylen plays both on the offensive and defensive line and in also a force to deal with for opposing teams.

Tylen Wallace. 3x 1st team all conf on both sides of ball all state hon mention soph/jr year Def POY last yr@Tylen_Wallace55 has to be #1

He's fully aware that his position is not a glamorous one. Tylen never thought he would have the chance to be recognized for a position mostly played in the trenches.

"We had Cornelius. And now, we've got Ivan. And, I've been sitting there for a while [saying], 'It would feel good to get [a Hy-Vee 41 Five-Star Athlete of the Week award] one day," Tylen said. "I went to go look. And, I wanted to see if any, you know, big boys got it any time. So, I didn't know of any big boys that got it. So, maybe that's not our thing you know."

Stephan McIntosh is the Stallions' Offensive Line & Defensive Line Coach in addition to their Special Teams Coach. He's also someone else who also doesn't get a lot of the recognition for the powerful F.L. Schlagle running game. But, his development of players on the line has been very instrumental.

"This is pretty amazing. It's kind of surreal especially, you know, going here, graduating from Schlagle. It's kind of special to be part of a group like this. And, it's kind of a blessing to coach such a special athlete like Tylen Wallace," Stephen said.

Tylen had guidance from many different places on the development of his game. But, there was no person that had any bigger influence than his father Taylor Wallace, who is also the team's Defensive Coordinator. Taylor played as an offensive lineman for Wyandotte High School from 1988-1992 and played as a linebacker at Butler County Community College. Taylor and his three sons (Taylor Jr., T.J. and Tylen) were all offensive lineman. Tylen certainly learned from the guys around him.

"When I was coaching in Pop Warner down there with the little kids, he was down there right by my side watching his older brothers and other kids going hard at it. And then, seeing what it takes to get to that level, seeing what type of work it takes to get to the guy he is today to make him better," said Taylor. "He watched his older brothers. That's who really pushed him. I [didn't] have to do a lot."

NOTE: The Hy-Vee 41 Five-Star Athlete of the Week segment airs during a new night in the 2017 season. The segment will air on Wednesday nights during the 10 p.m. sportscast. It previously aired on Thursdays.