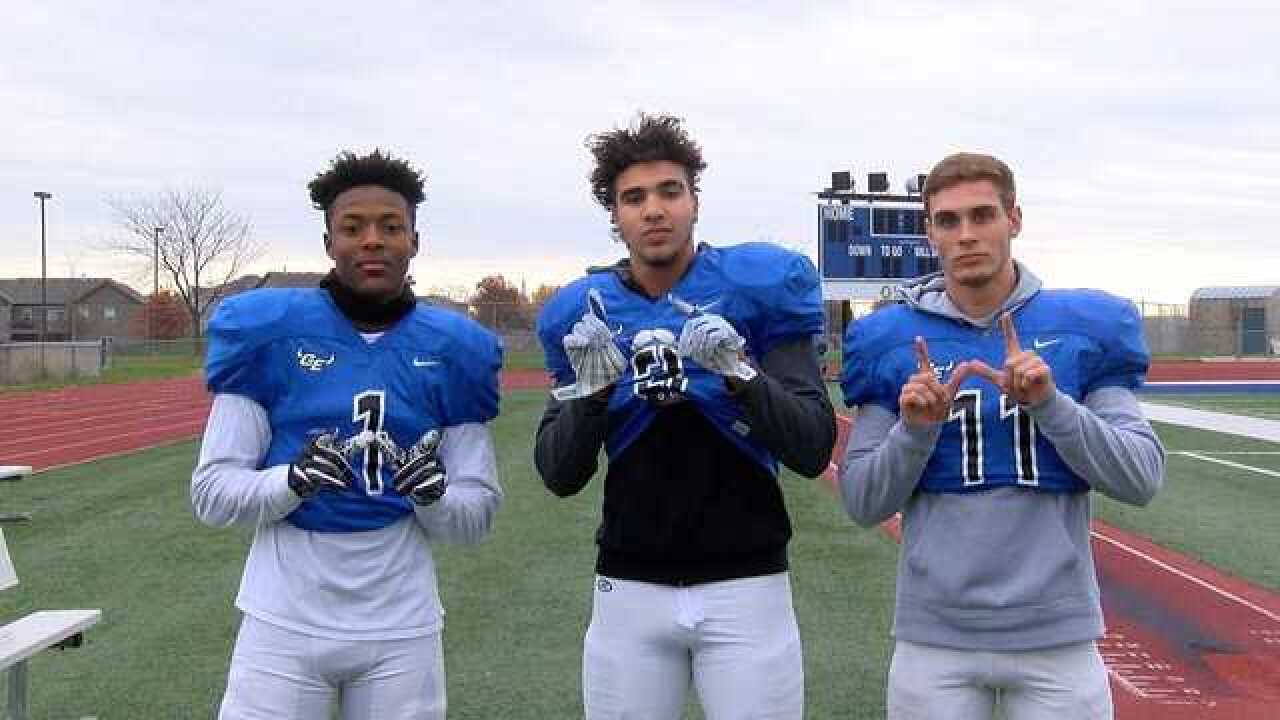 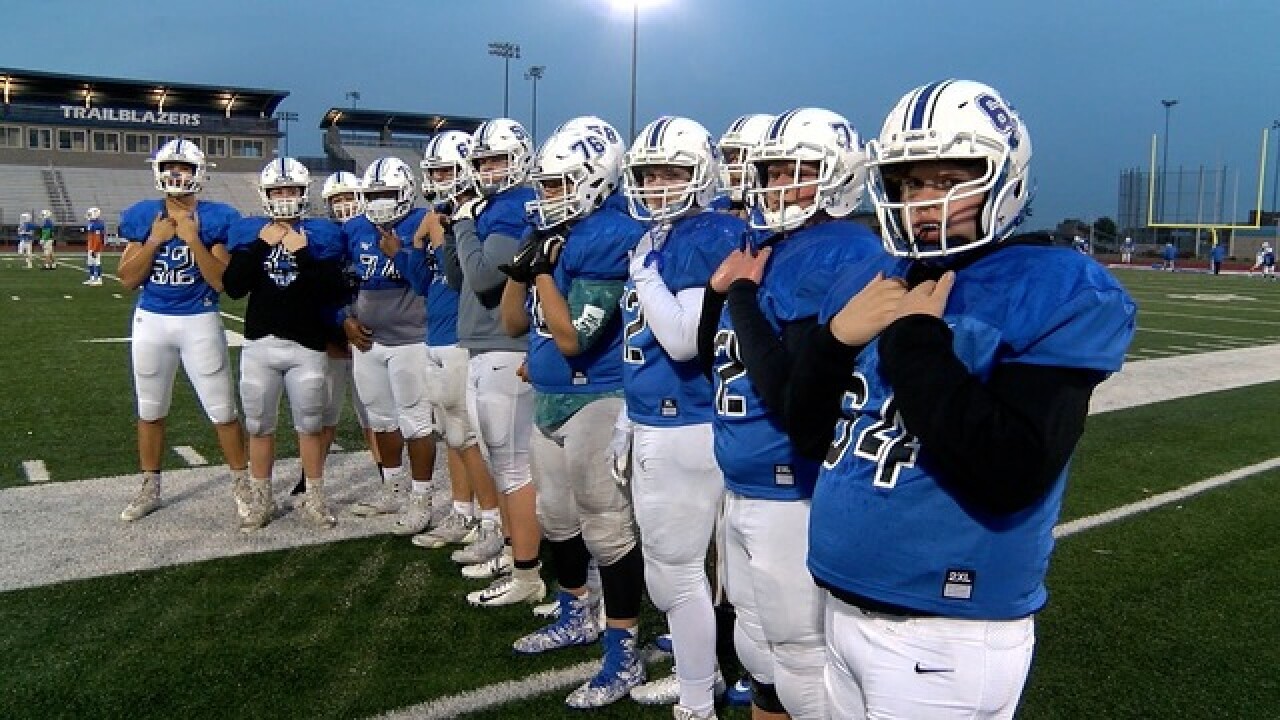 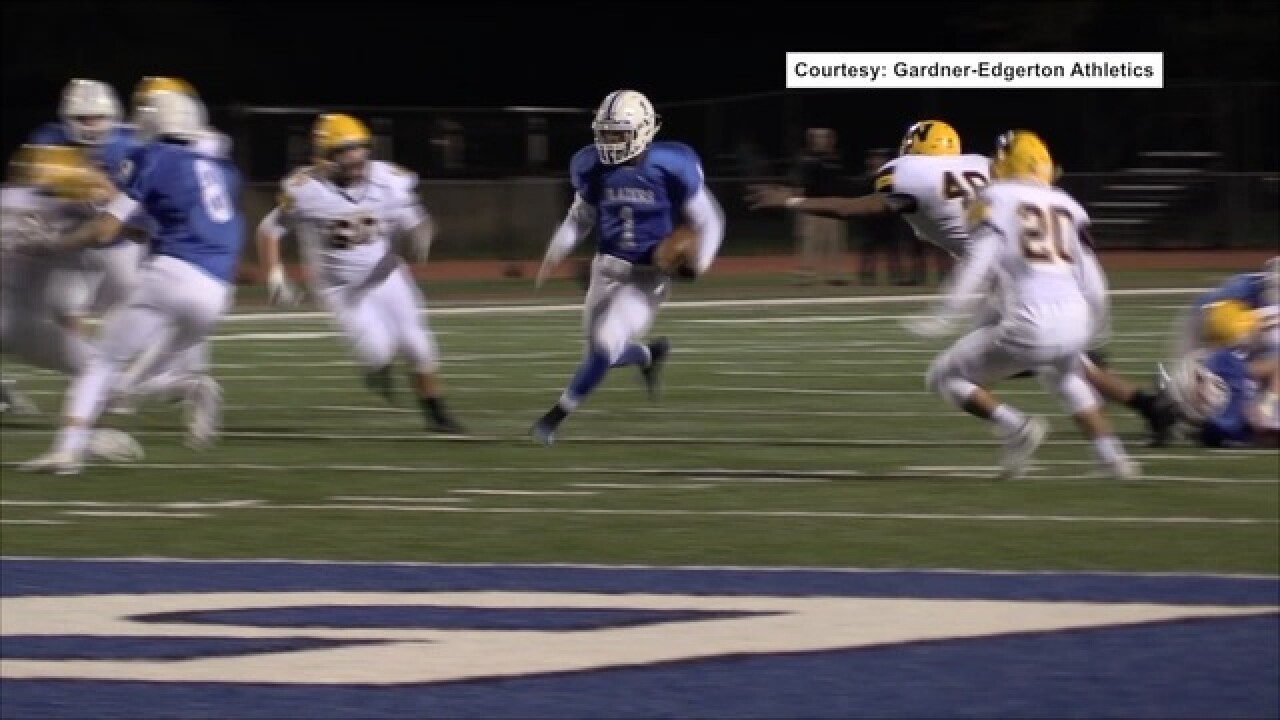 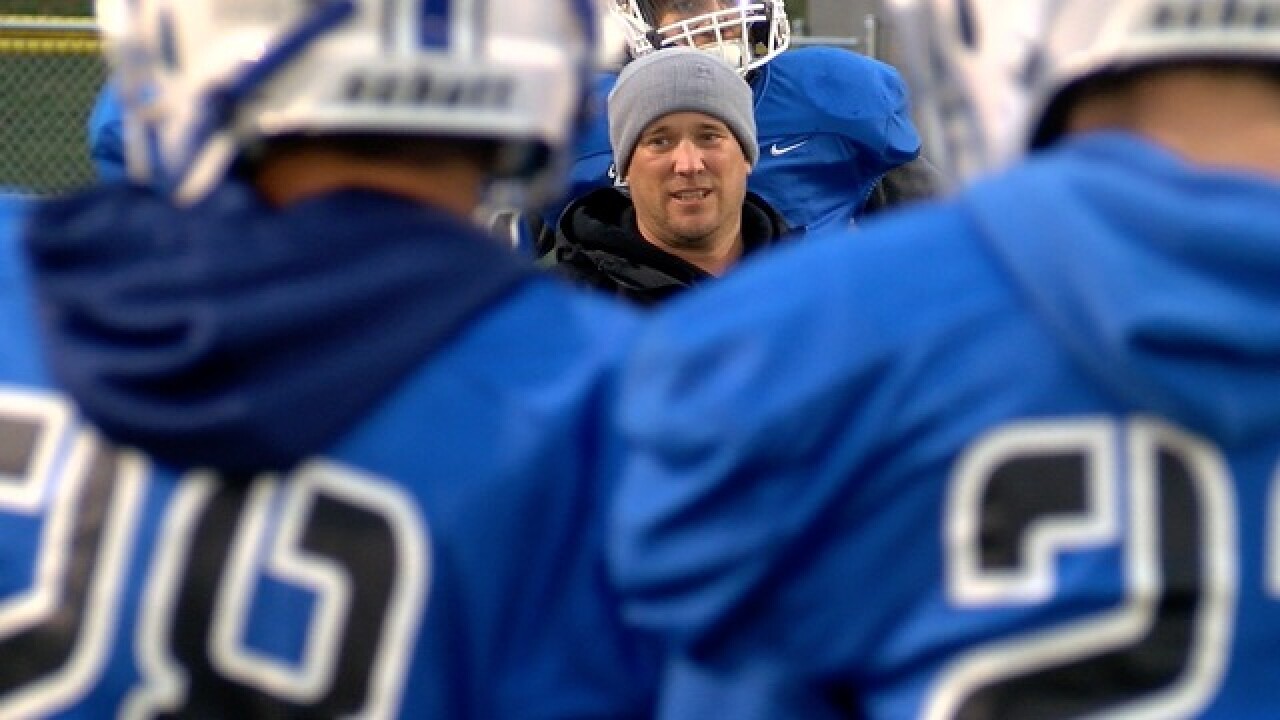 GARDNER, Kan. — Gardner-Edgerton football has a lot of reasons to smile this year.

They're 10-0 this season only one year after losing every game the team played last year. The Blazers remained perfect, on the season, after defeating Shawnee Mission Northwest 49-28 in the Kansas Class 6A regional playoff game; they advanced to their first round of eight appearances since 2011 and their 6th quarterfinals appearance in school history.

The Gardner-Edgerton three-headed monster of junior quarterback Teven Mckelvey, senior fullback Jacob Hunsperger and senior running back Luke Jennings has been a big reason why the Blazers have had such a successful season. Each player has rushed for at least 1,100 yards and 10 touchdowns this season.

"I don't think there's any secret sauce. I think it's just hard work," Gardner-Edgerton Director of Football Operations Jason Radel said. "I mean, they come out and they put in the effort every single day in practice. And, they just go at it. And, they're determined. I mean, you can see it when they run."

Mckelvey had quite an impressive night against Shawnee Mission Northwest with seven total touchdowns (one throwing, six running). While others praised him for his great game last Friday night, he knows that he had lots of help.

"It's not even me. It's the line. Like, I can't pretend like I'm good or anything. It's my line and it's my backs that go and block for me," Mckelvey said. "I've never had a bunch of guys that take my back more like they do. And, it's just great because, I mean, yeah it makes me look good. But, now like I'm getting noticed for it, I'm gonna give them the same type of exposure that I'm getting. And, they're doing great."

Jennings is another part of the trio that's put up fantastic numbers. However, he also acknowledges the huge role that the offensive line has in their success.

"Oh, they take a lot of pride in it," Jennings said. "Before every game, they're like, we're gonna try to get you guys the biggest holes you guys can get. And, pretty much after that, it's just easy. Just try to run through holes and get yards."

Hunsperger transferred from St. Thomas Aquinas after last season and has been quite an addition to the team. It's been players like him who have helped to change the mindset of the other players on the team and begin to buy into what the coaches were trying to sell in the offseason.

"I think that it's incredible that we turned it around like that. And, coach [Ryan] Cornelsen helped us out a lot," Hunsperger said. "To come back here and go 10-0 and have a run at the playoffs is pretty special."

The Blazers host defending Kansas Class 6A state champions Blue Valley North in their upcoming sectional game. The team will have to rely on the three-headed monsters' continued success to have an opportunity to win the game and advance to sub-state.

"We talk about it a lot. And, we're not necessarily focused on [Blue Valley North] necessarily. We're focused on what we do," Radel said. "If we can continue to do what we do week in and week out, then everything else will take care of itself. I mean, we always talk about the process and focusing on the process. One game at a time is what we've done all year. And, it's worked really well for us."