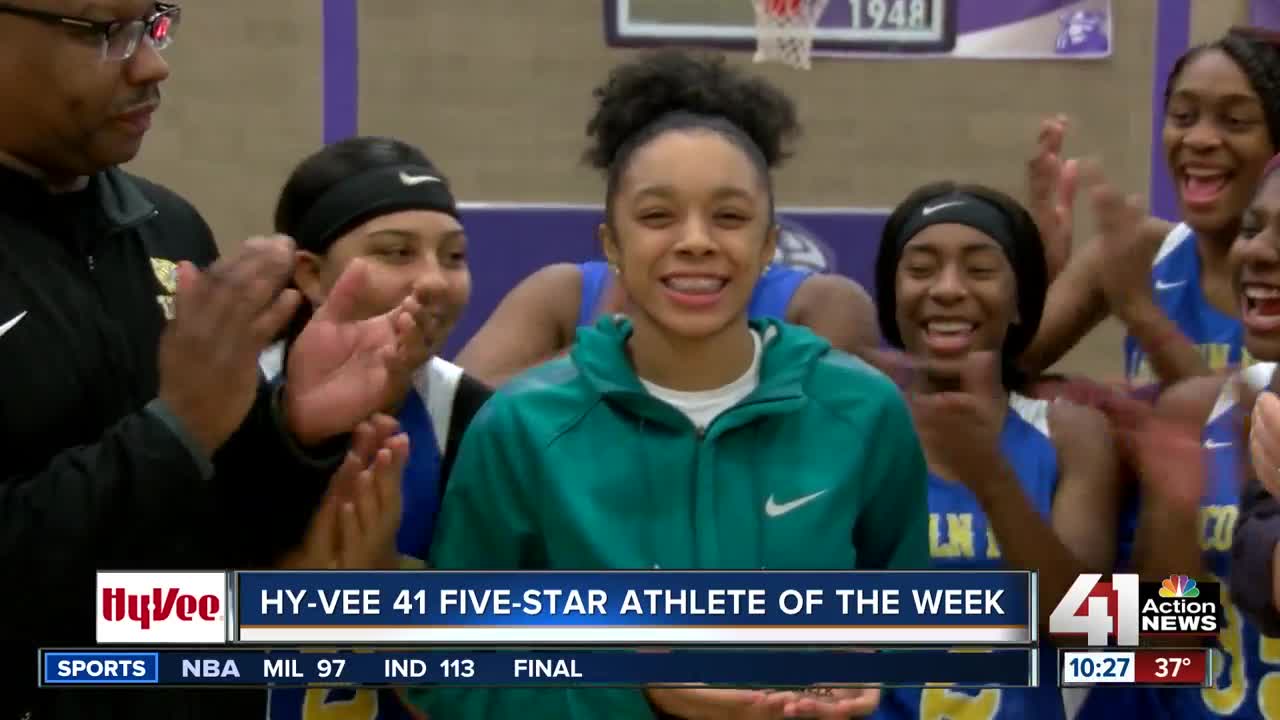 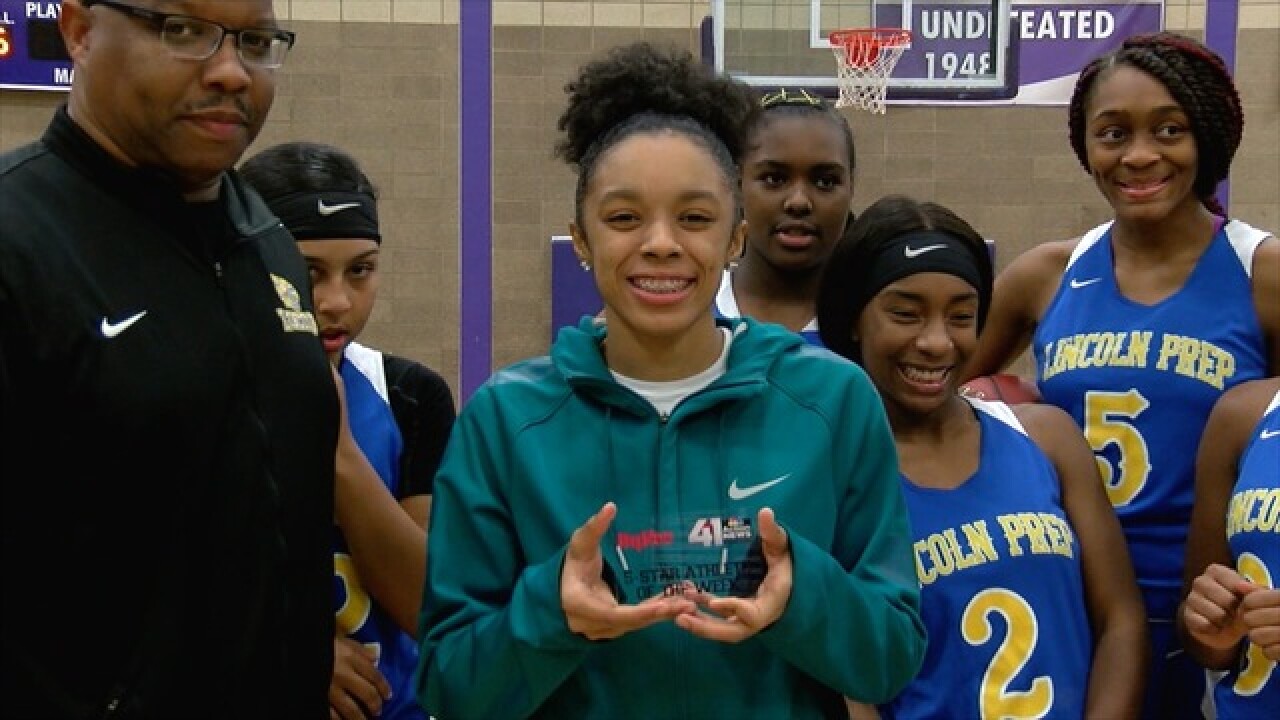 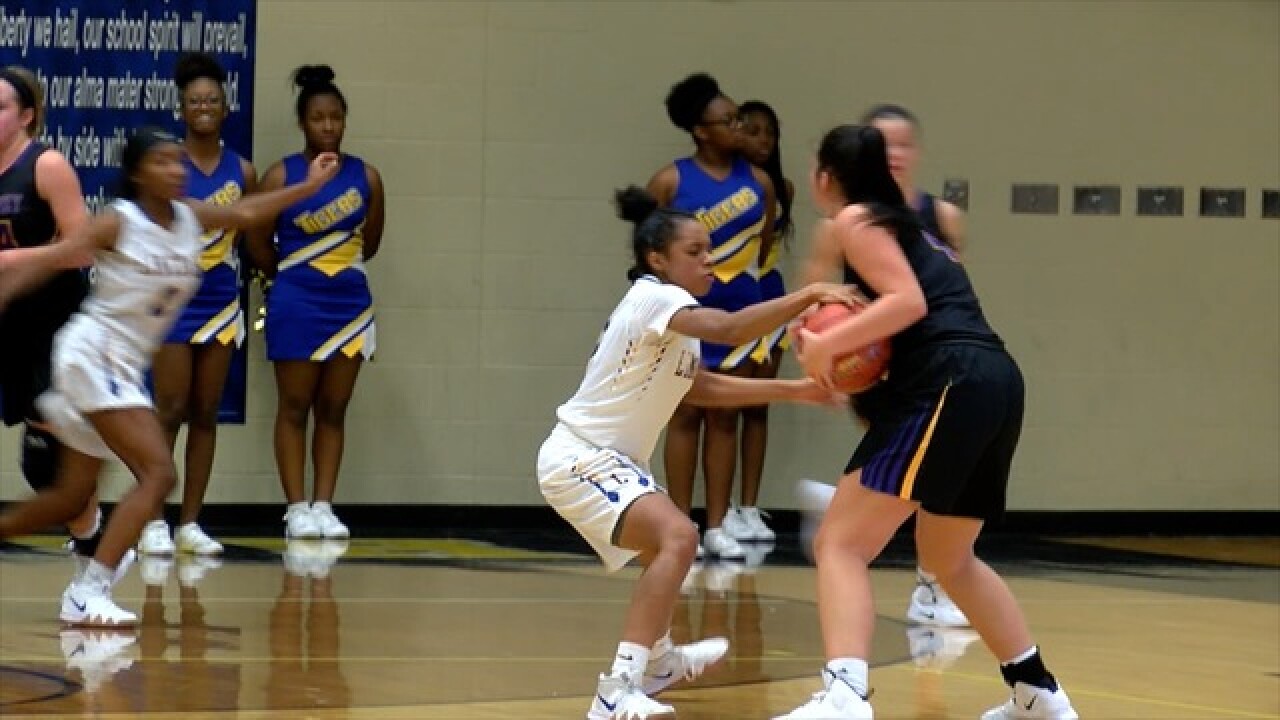 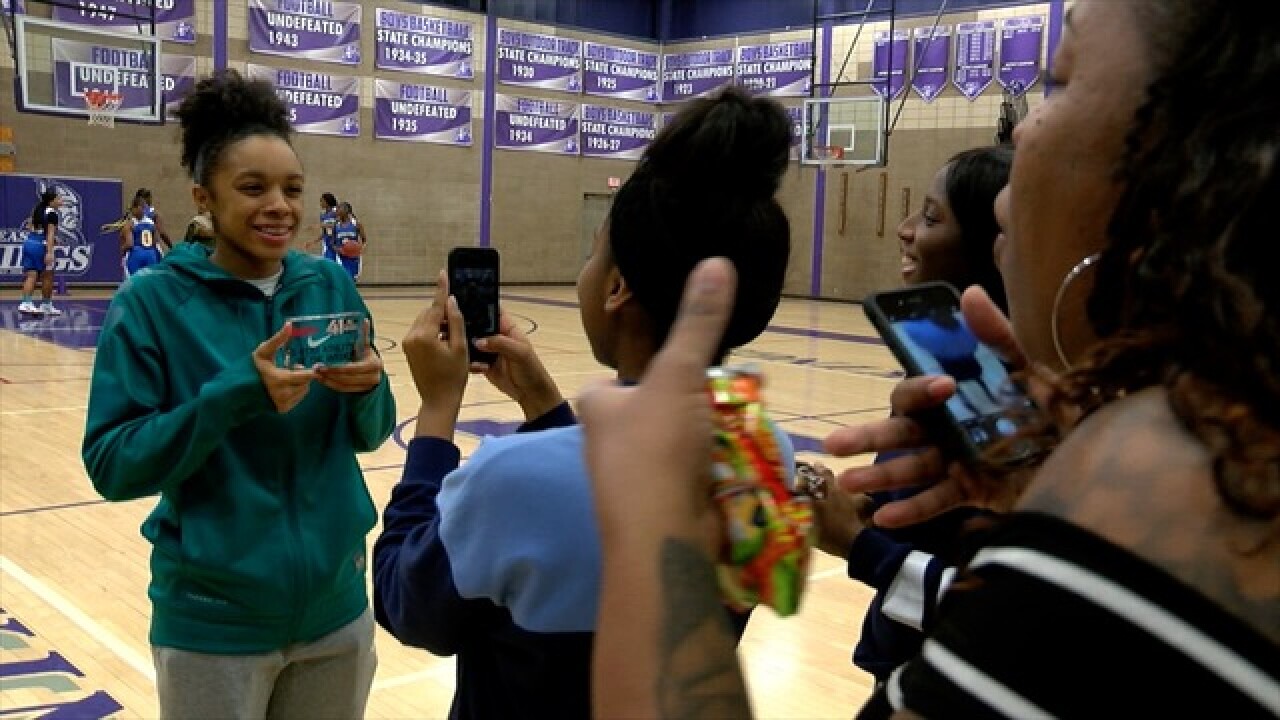 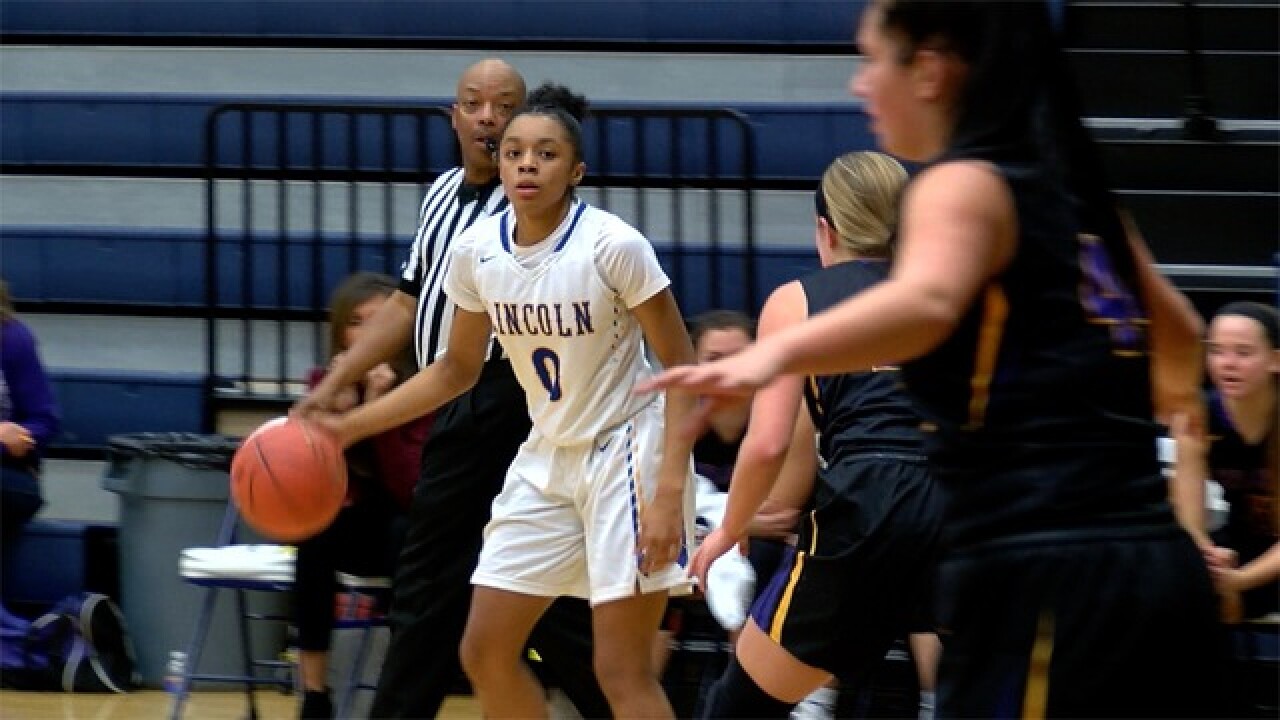 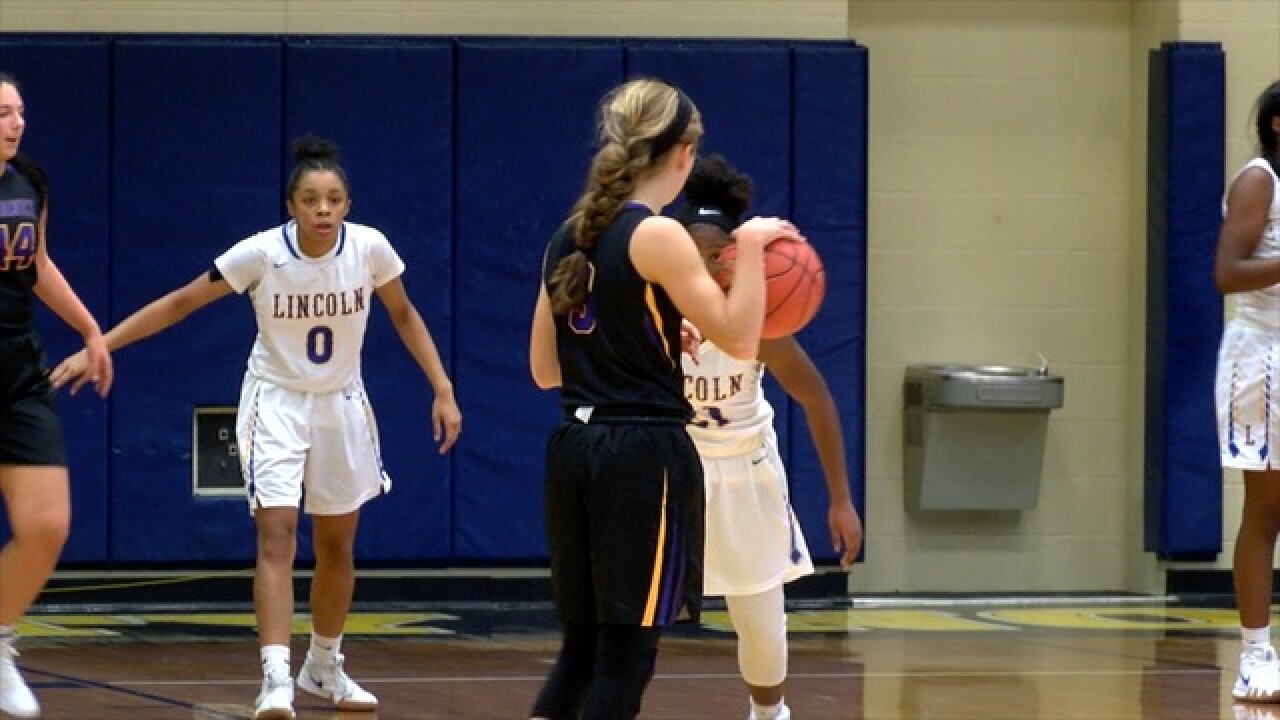 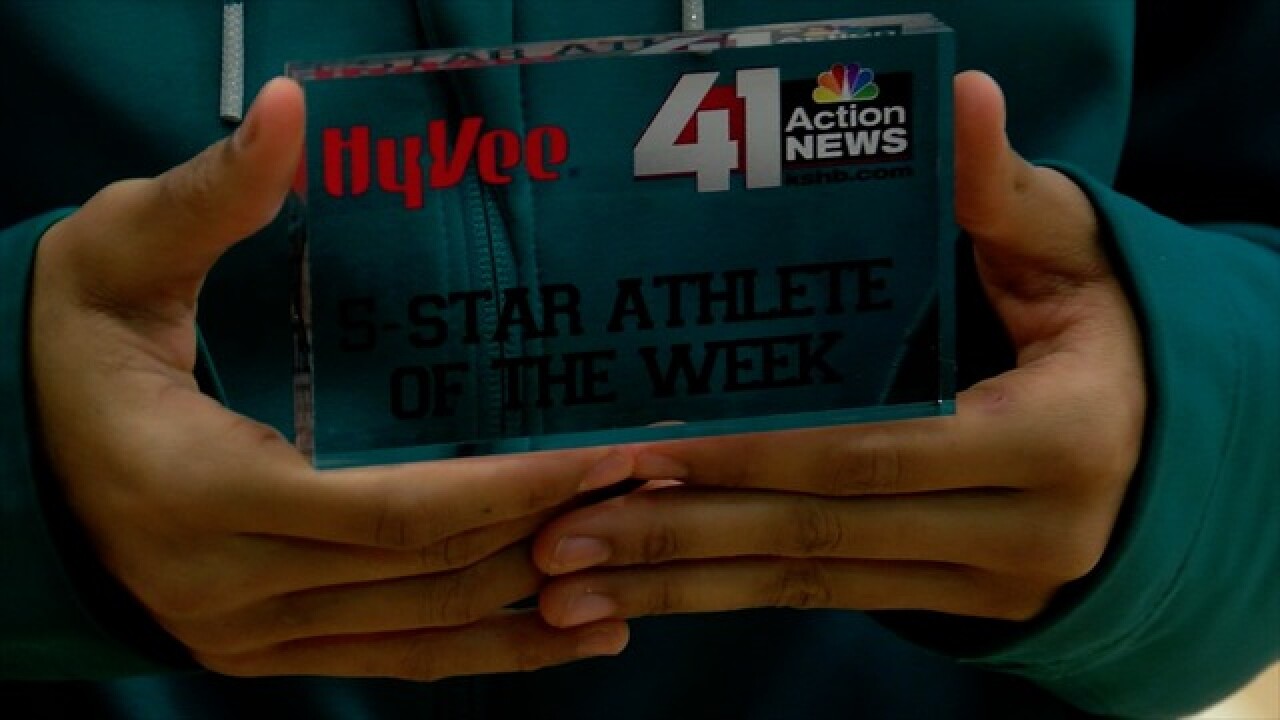 The 5-foot-7-inch, 135-pound standout dominated the opposition with her tenacious, in-your-face and aggressive style of lockdown defense last week. She wasn't the leading scorer for the Lady Blue Tigers averaging just over 10 points per contest, in the three games they played during the Liberty North Girls Basketball Invitational.

"It took a ton of effort from all parts of the team, defensive and offensive from all of us," Conn said. "I think our defense really helped us win because defense always turns into offense. So, we started on the defensive end before we can start on the offensive end."

Lincoln Prep girls basketball head coach Jeff Atkins knows how important Conn is to the rest of the team and how much effort and energy she brings each and every day.

"She means a great deal to the team. I was blessed to get her. She was a transfer here from Lee's Summit. [She] got a chance to experience state as a freshman and did great things for Lee's Summit," Atkins said. "She came over to Lincoln two years ago and [is] just an extraordinary athlete."

"We put in a lot of work. We wanna get back to where we were last year and [go farther] than that," Conn said. "Playing Kearney in the invitational, it really set a lot of emotion off for all of us because we felt that pain we felt last year of losing to them in the [quarterfinals]. So, I think it just hurt all of us. So, we came back to fight."

"I wait until the second half to put Amari on [Frizzell]. She didn't score the whole second half," Atkins said. "I rely on her on defense. She can get to the basket. She rebounds. She just does everything in the game. And, the scary part of it is, she's just a baby."

Colleges have taken notice of the hard work and effort that she's put in her entire high school career thus far.

"She already has offers from TCU, Oklahoma State, interest from UCLA, University of Houston, Texas State. I mean, the kid gets better every year," Atkins said.

She's also received offers from Division I Central Arkansas and Texas-Rio Grande Valley out of the Western Athletic Conference which is the same conference UMKC plays in. Wherever she decides to play, Amari is certainly blessed to have the opportunity to continue playing the game she loves.

"I've been putting in a workload of time on the basketball court for over a decade. And, I just feel like it's my time to shine," Conn said.

NOTE: The Hy-Vee Athlete of the Week segment airs on Wednesday during the 10 p.m. sportscast for the entire school year.