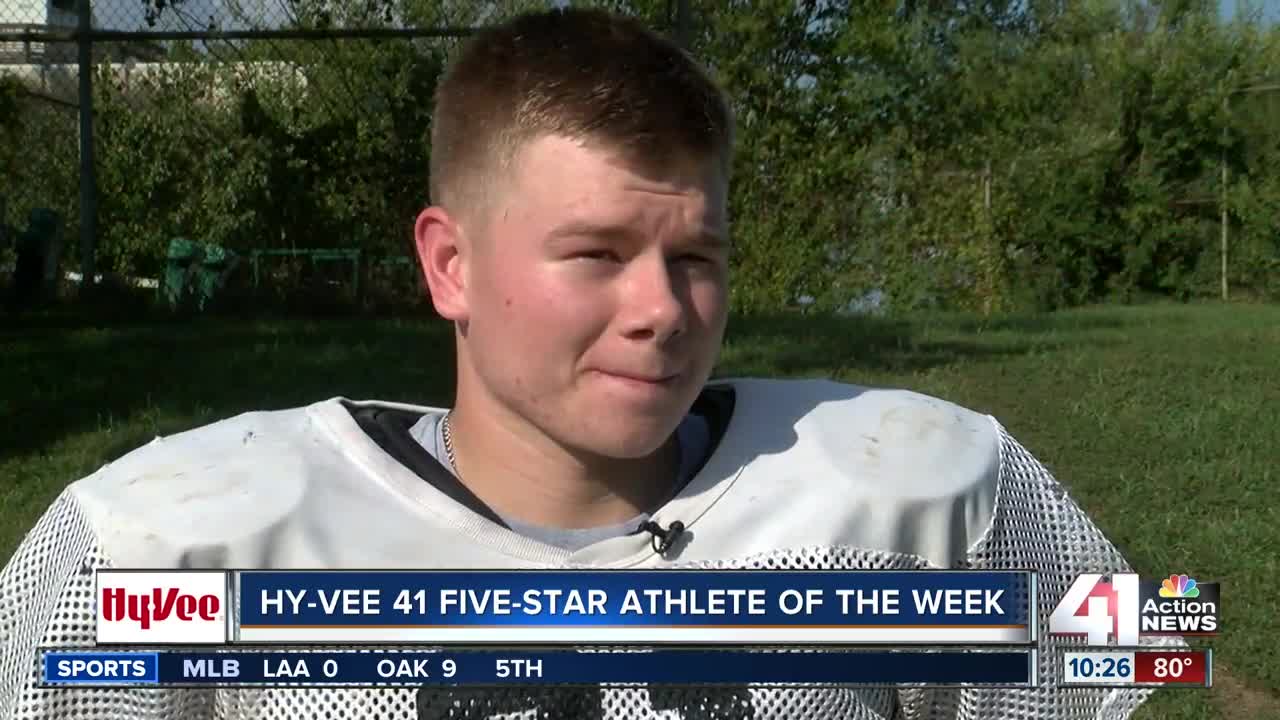 The Maranatha Christian Academy football team is thriving due in large part to Nate Burdette. 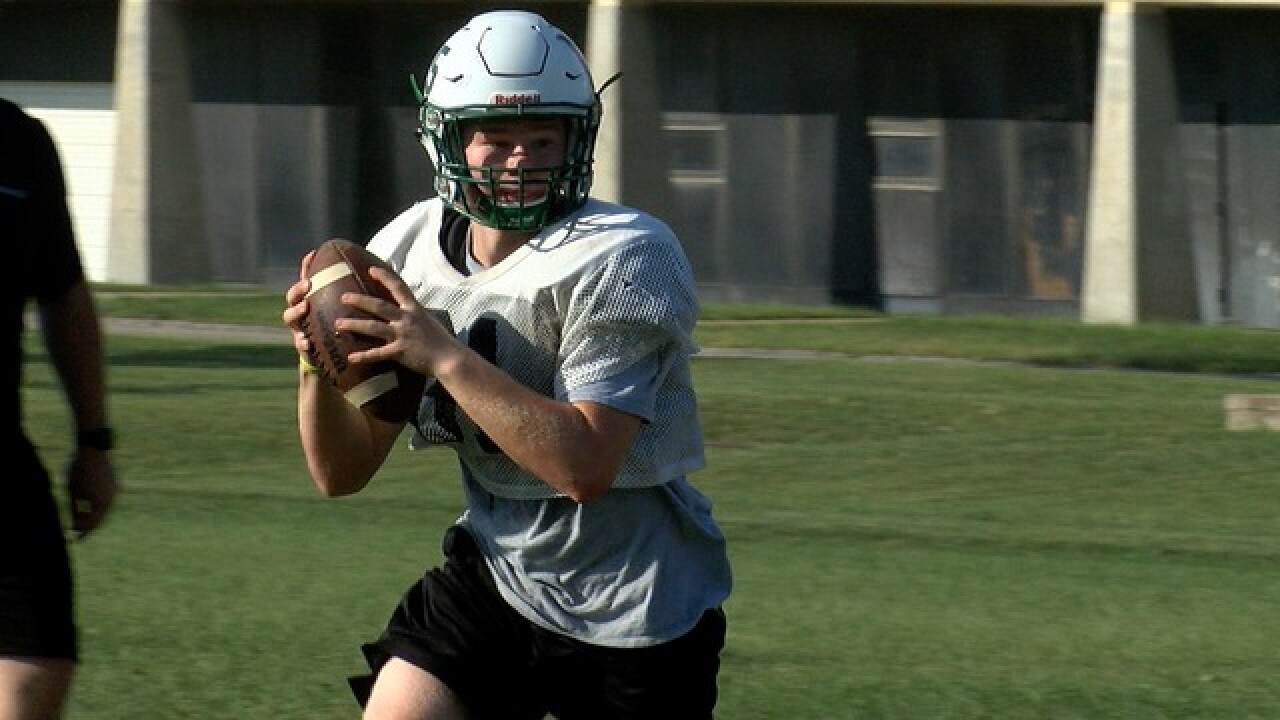 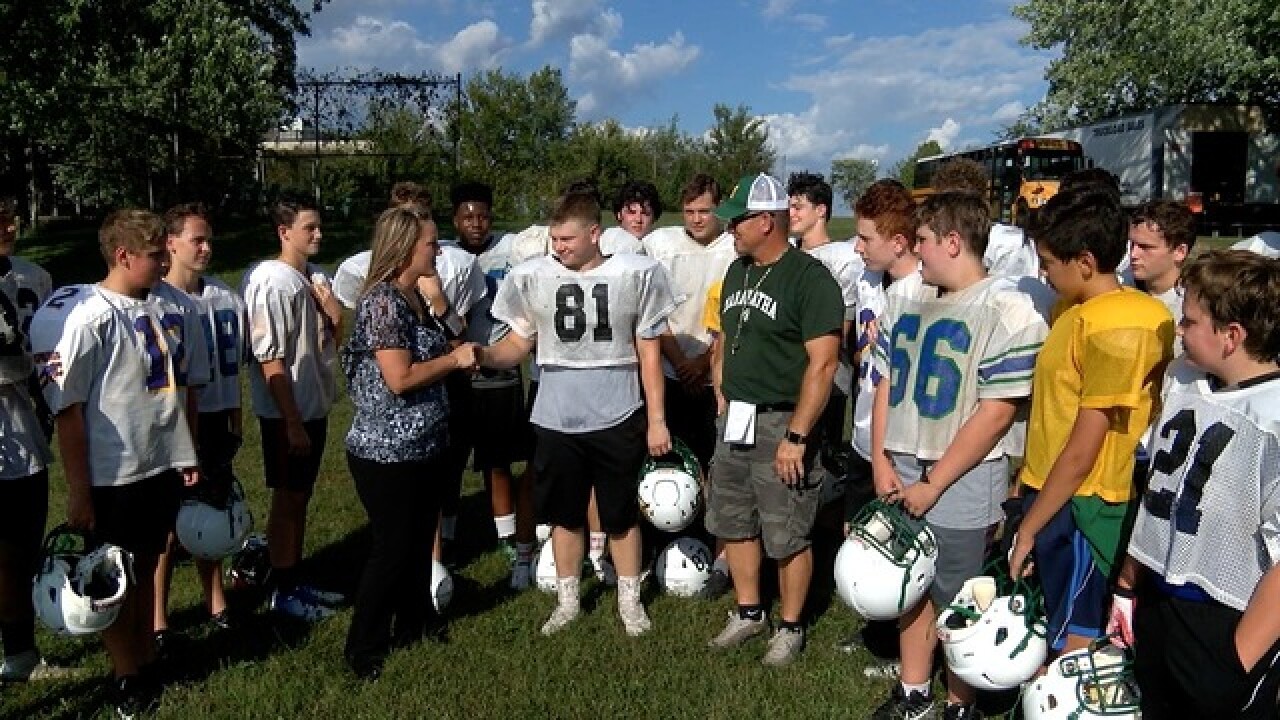 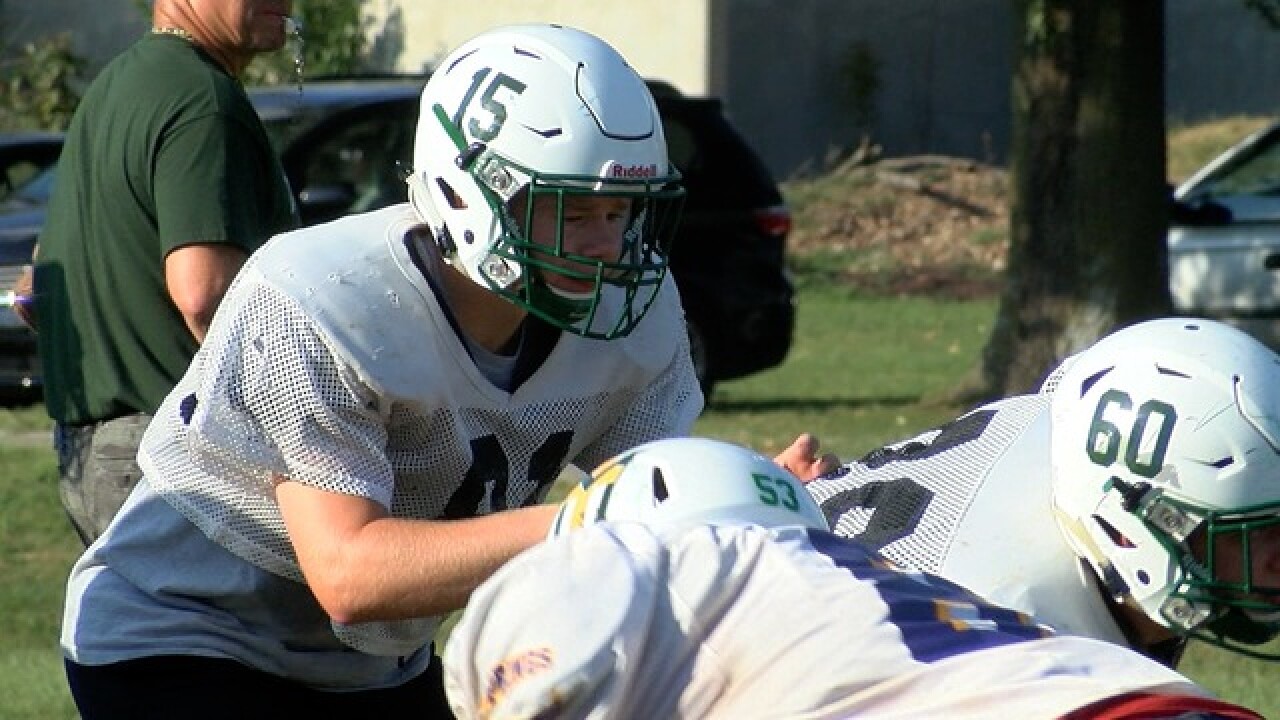 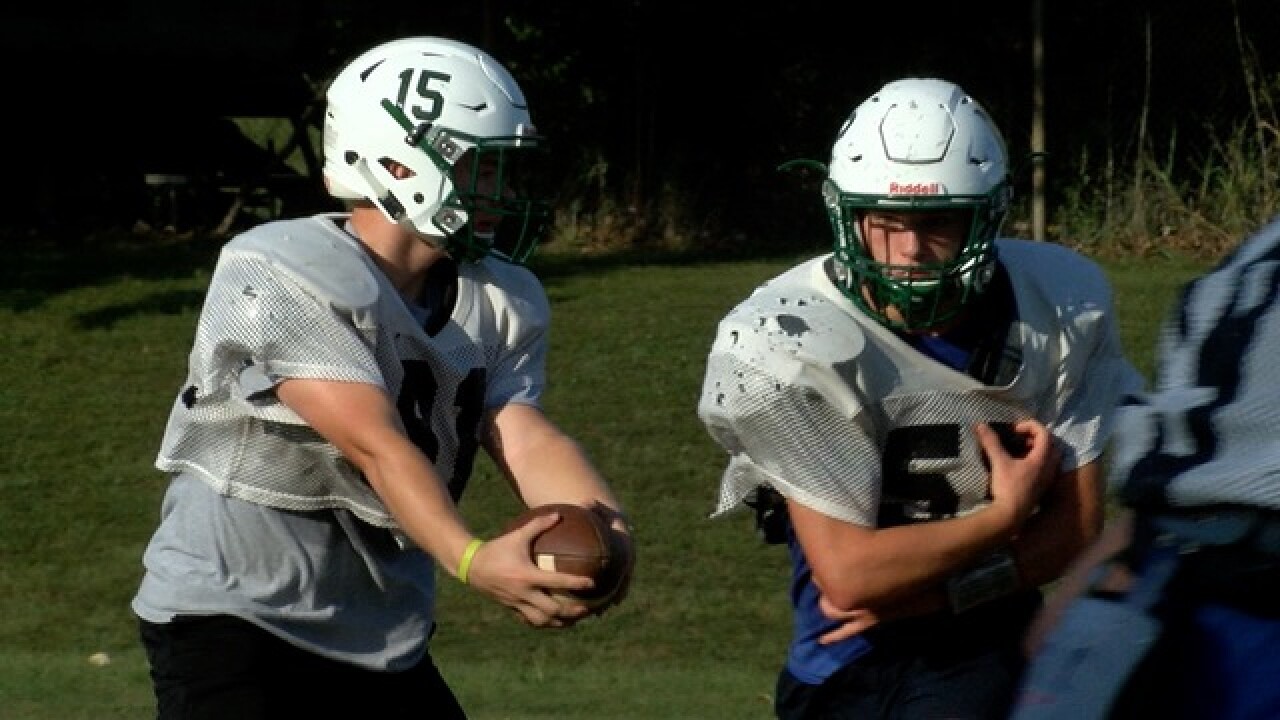 SHAWNEE, Kan. — Maranatha Christian Academy junior quarterback and safety Nate Burdette is having quite a season.

Nate led the Eagles to two victories: a 74-14 win at Altoona-Midway and a 66-0 shutout victory over Crest. The first game was moved up to this past Monday following heavy rains and flooding.

His combined stat line from those games last week resembles one from someone playing a video game on rookie mode. He was 18-of-27 passing for 201 yards and 11 touchdowns with zero interceptions. He also rushed 15 times for 123 yards and 2 touchdowns. While he was on defense, he picked off two passes and had 7 tackles (6 solo).

"He's a big part of both sides of the ball, you know, being a quarterback and a safety," Nate's father and Maranatha head coach Bryan Burdette said. "You know, he's an impact everywhere."

Nate is certainly benefiting from the team moving to 8-man football from 11-man football in Kansas class 3A the previous four seasons. There simply were not enough players on the roster to sustain playing with other schools with larger football rosters and greater enrollment.

And, while Nate had a very solid sophomore season - 1,580 passing yards and 19 TD's, he's having a breakout season. However, he credits other teammates for his success.

"Our linemen have really stepped up this year and [have kept] me safe," Nate said. "Last year, it was pretty tough [playing] 11-man and having lineman play both sides which is really tough on them. So, having [reprieve] this year and having people that can rest and keeping me safe is good."