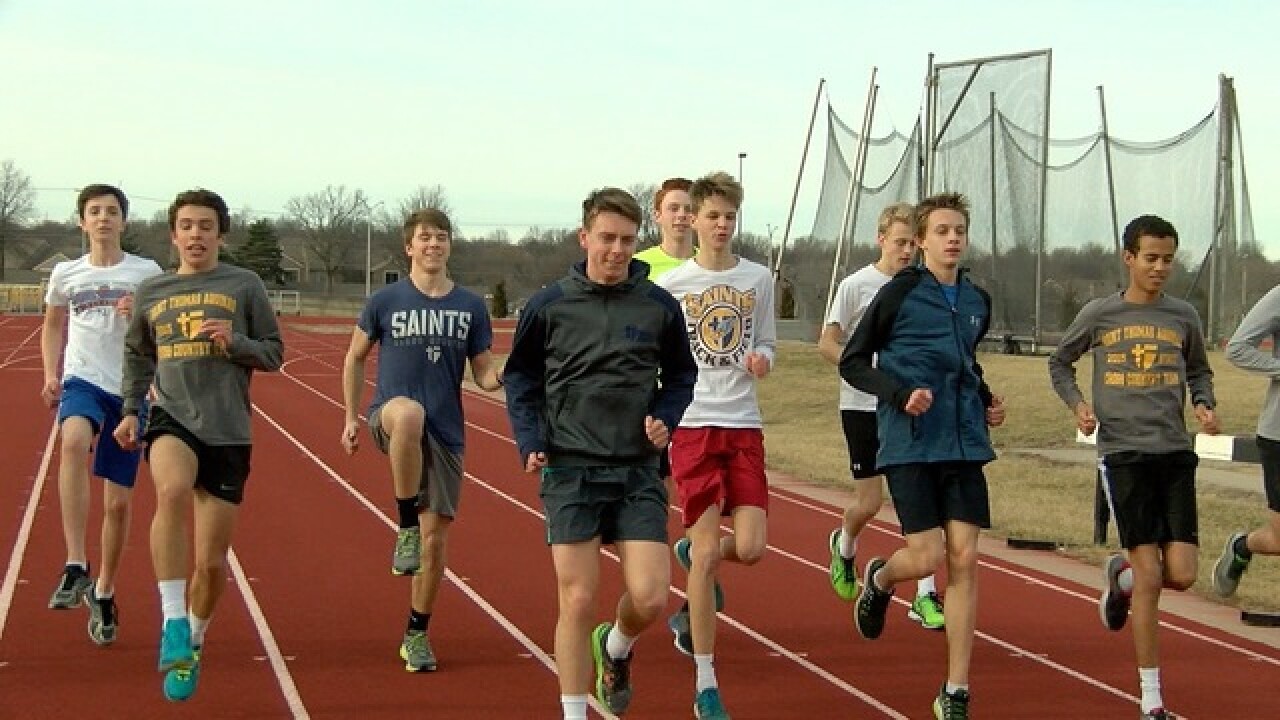 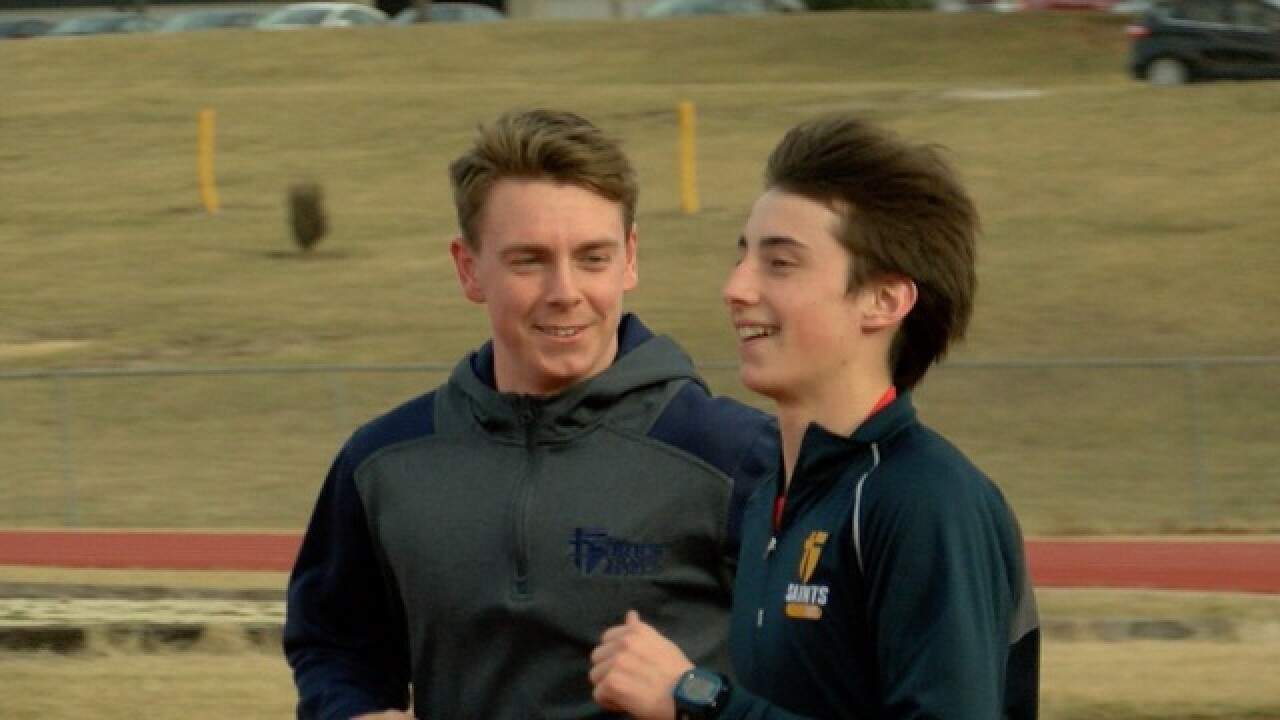 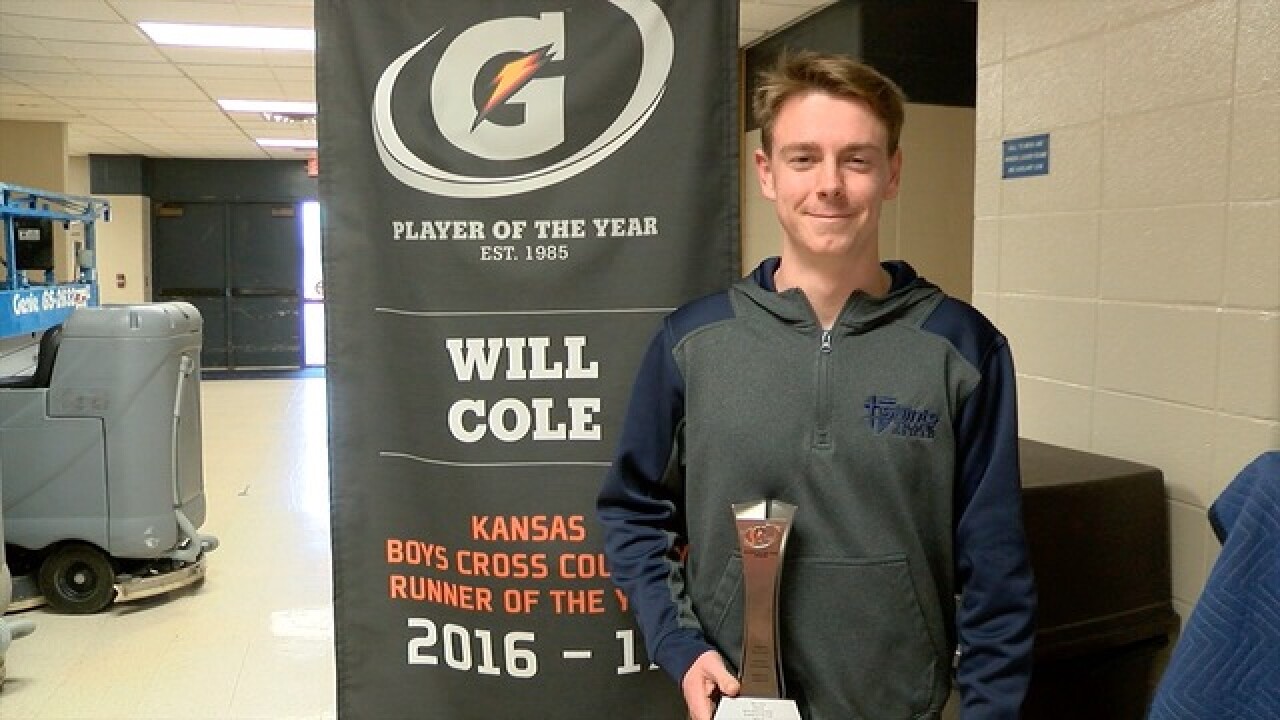 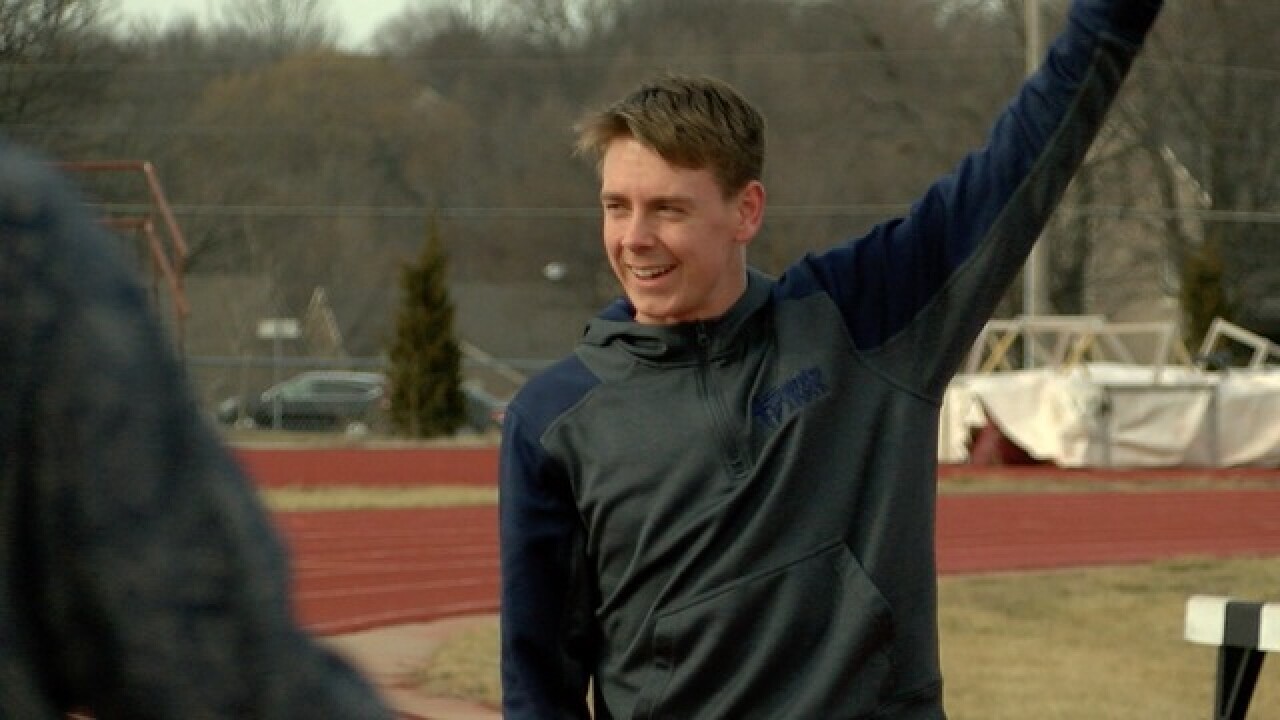 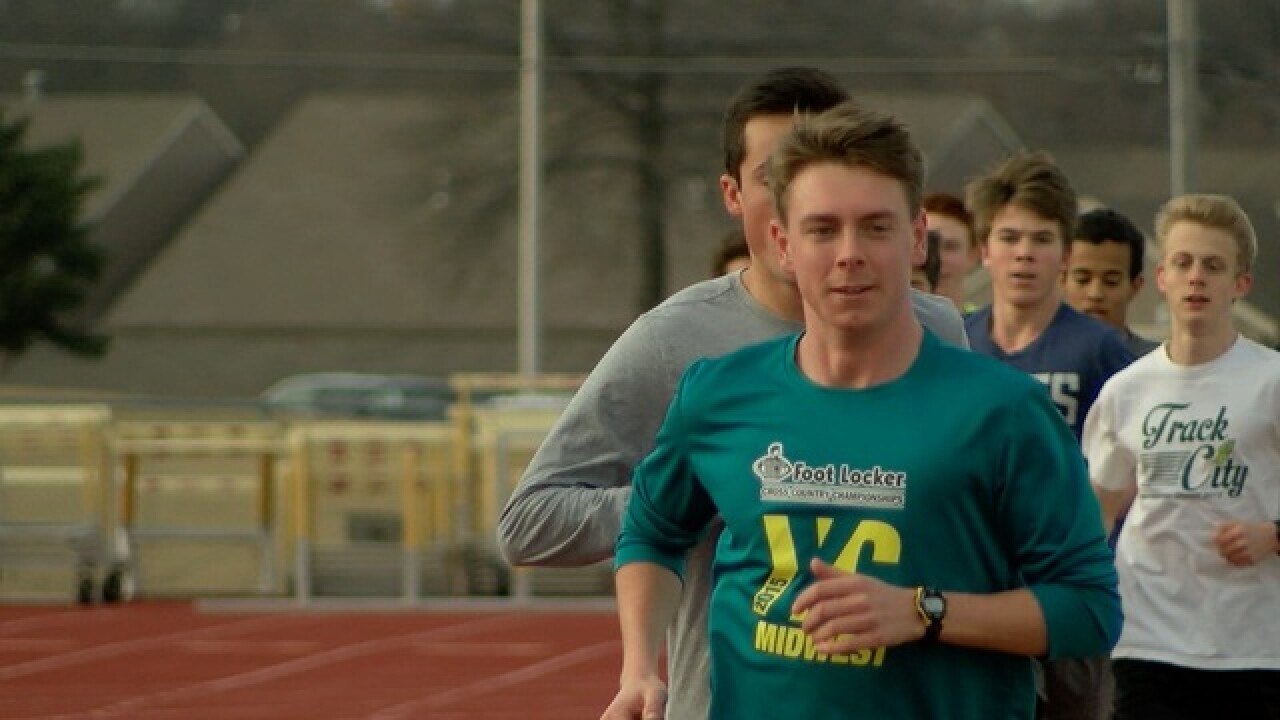 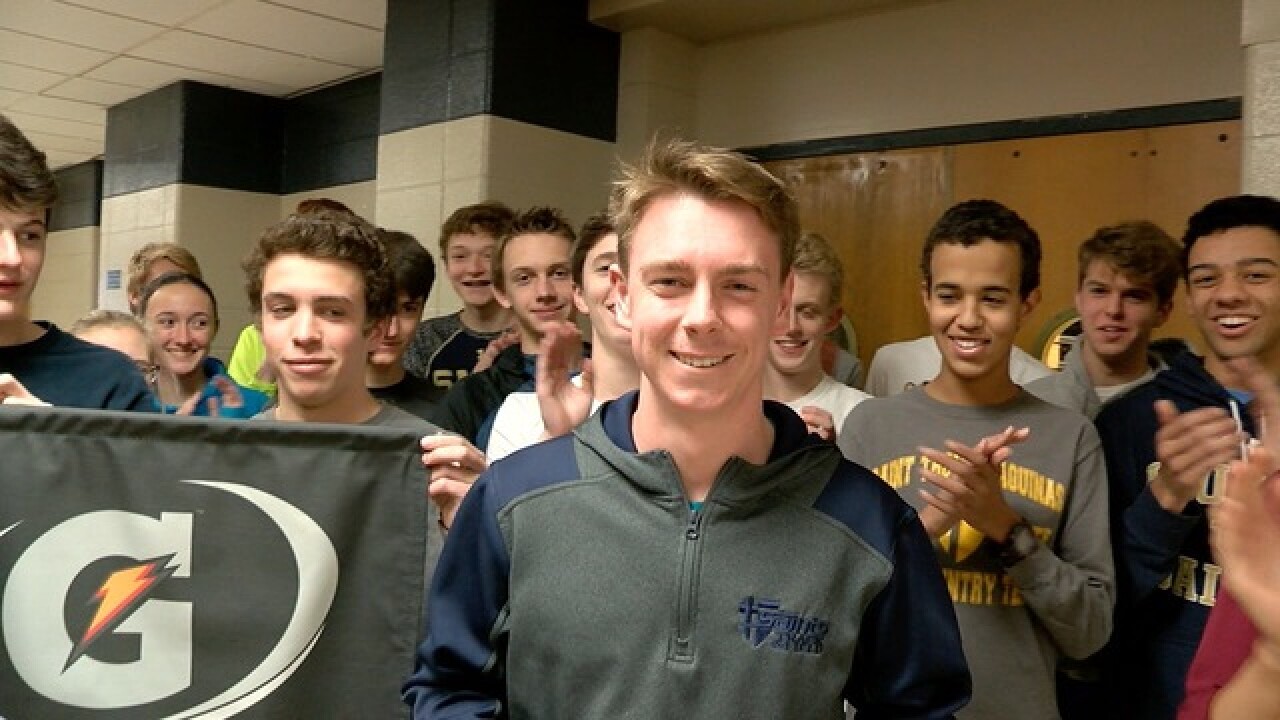 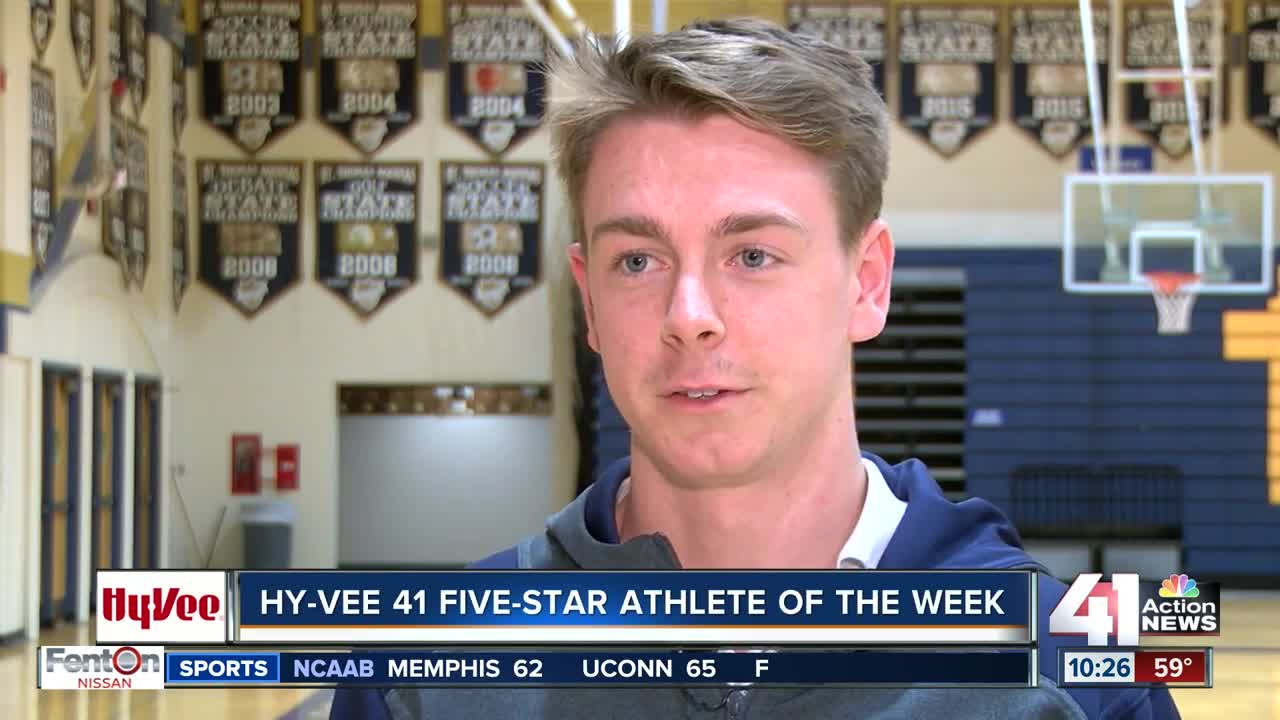 Long distance running takes a different sort of discipline from other sports.

St. Thomas Aquinas senior cross country runner Will Cole has taken that special type of discipline and turned it into an art form.

Will is a humble young man and may not be the one tell you that he's accomplished quite a bit in his high school running career.

He won the 2016 Kansas Class 5A Cross Country Individual State Championship. He was part of a St. Thomas Aquinas team that won their third straight Class 5A state title. Will finished 15th in the Nike Cross Nationals Heartland Regional in South Dakota and was named to the Third Team All-Heartland Team. He also was just awarded the 2016-2017 Gatorade Kansas Cross Country Runner of the Year. Cole is a very accomplished runner.

Cole can add one more honor to his list - Hy-Vee 41 Five-Star Athlete of the Week.

"It's a really special thing. I was happy to be even in the running for it and honored to get it. And really, I'm thankful of the guys at Hy-Vee and 41 Action News," Cole said.

In addition to all of the aforementioned accolades, Will also signed a national letter of intent to run cross country on scholarship at Notre Dame in the fall.

"It's just really gratifying knowing that all the hard work and miles that I've put in with my team has paid off," Will said. "It's given me this great opportunity to go to an exceptional college and compete at the next level."

St. Thomas Aquinas cross country head coach Justin Wrigley has coached the team for 16 years. It may be safe to say that Will is one of the best runners he's had since he started coaching there.

"He's been a state champion on the track. He's been a state champion on the cross country course," Wrigley said. "He's just a big force in our program, because day in and day out, all year long, he's working hard. And, a lot of people have gravitated to that. We've got a whole bunch of guys that spend the year now just working really hard to make the program the best it could be. He's a big part of the driving force behind that."

Will Cole attributes his teammates for helping him attain the success that he's had. However, Will and his coach have a special bond.

NOTE: The Hy-Vee 41 Five-Star Athlete of the Week segment airs every Thursday night during the 10 p.m. sportscast for the entire school year.

Ryan Marshall can be reached at Ryan.Marshall@KSHB.com.