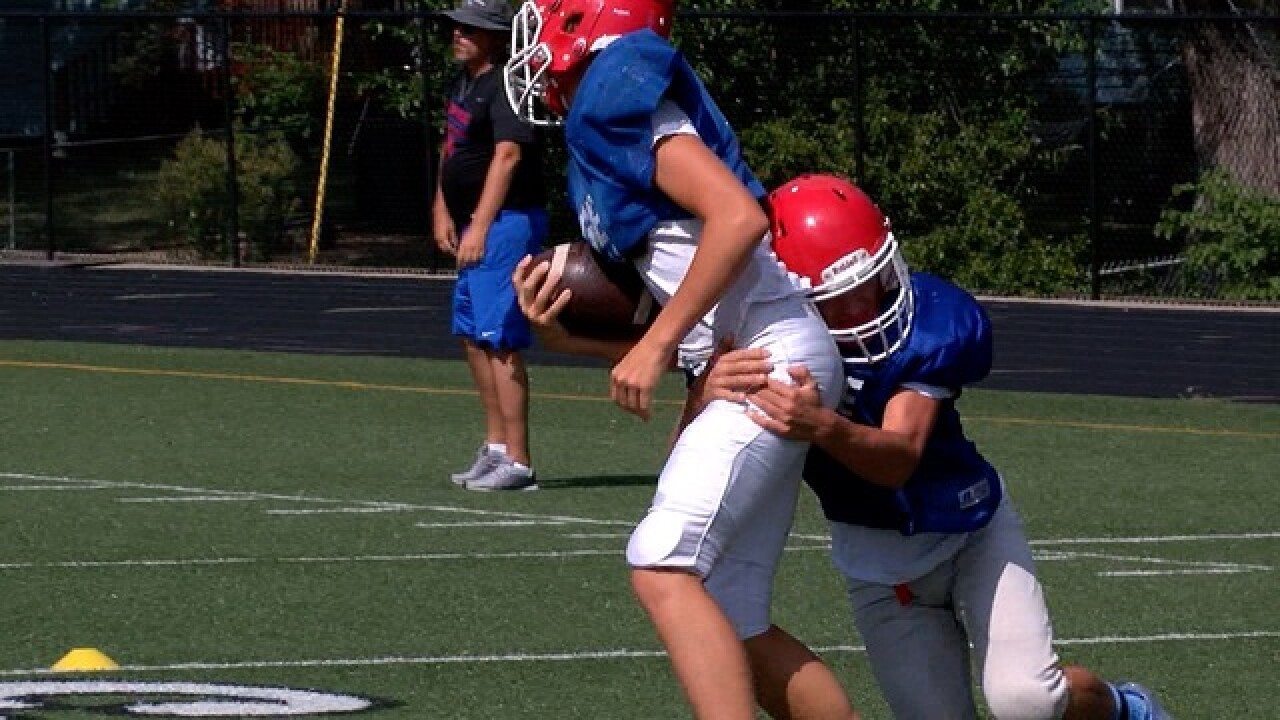 Copyright 2018 Scripps Media, Inc. All rights reserved. This material may not be published, broadcast, rewritten, or redistributed.
<p>Four straight state championships is a difficult task for any high school sports team, but now Bishop Miege has its sights trained on a five-peat in Kansas Class 4A, Division I.</p> 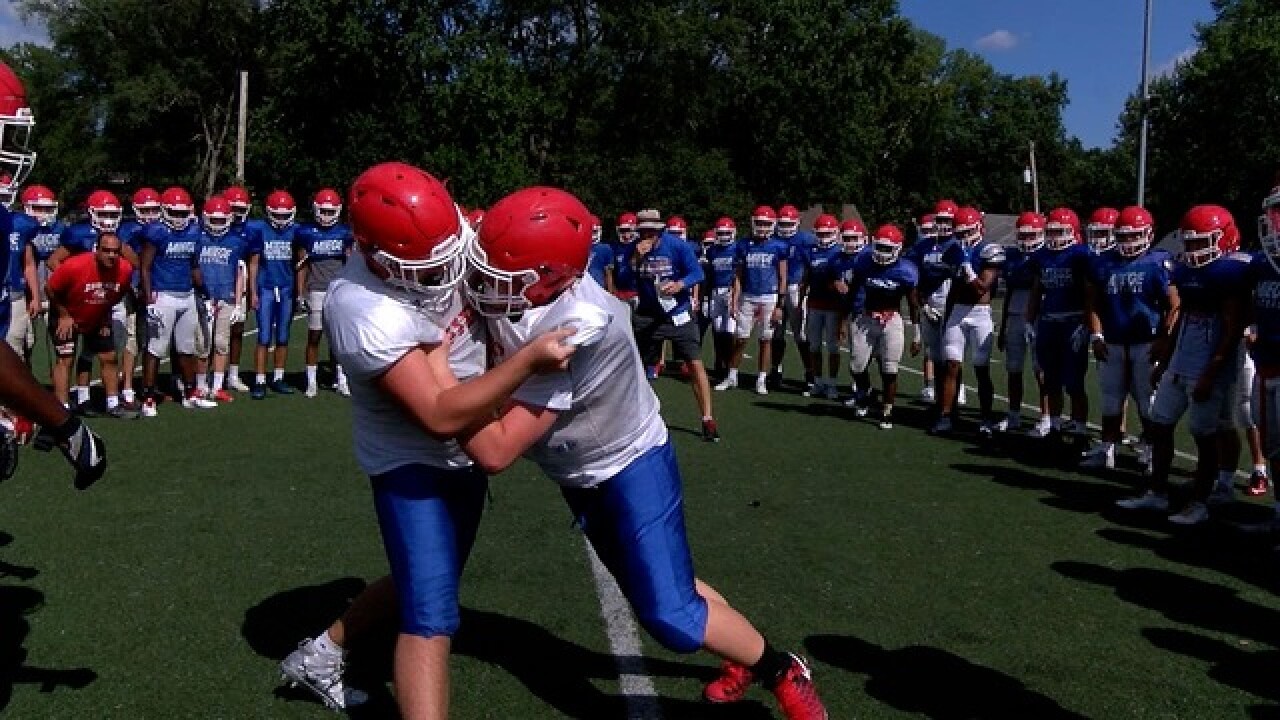 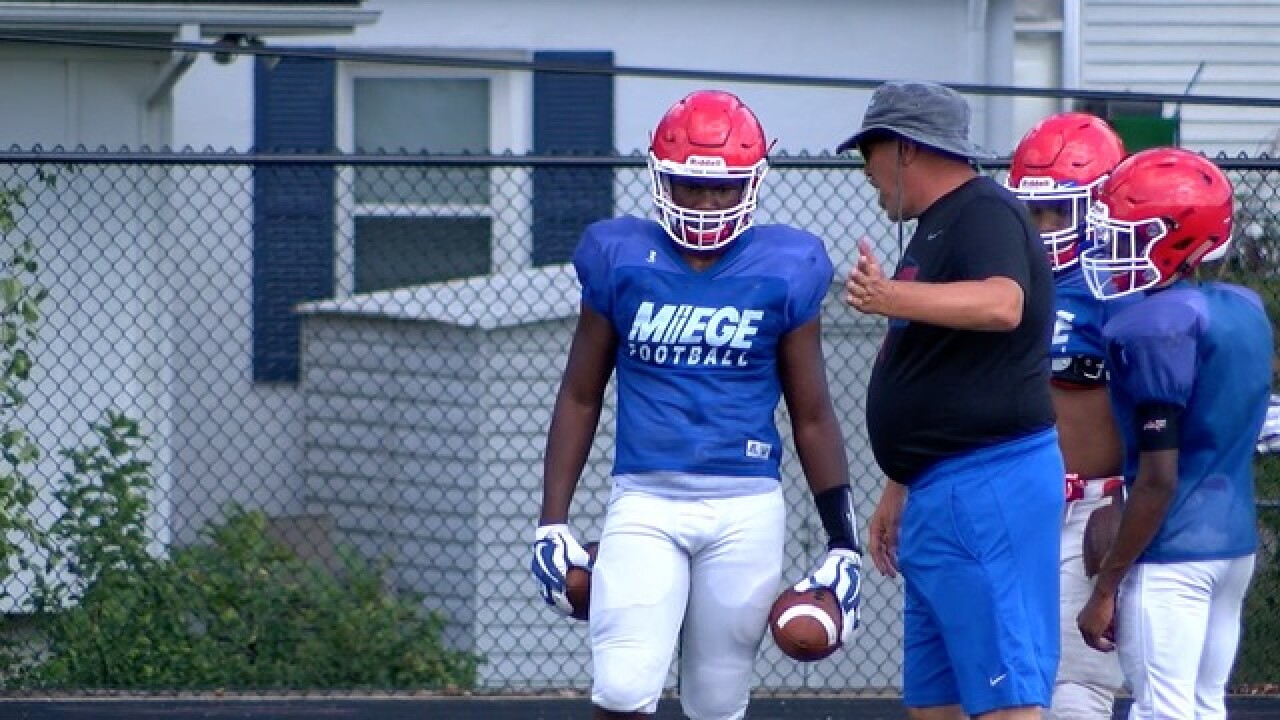 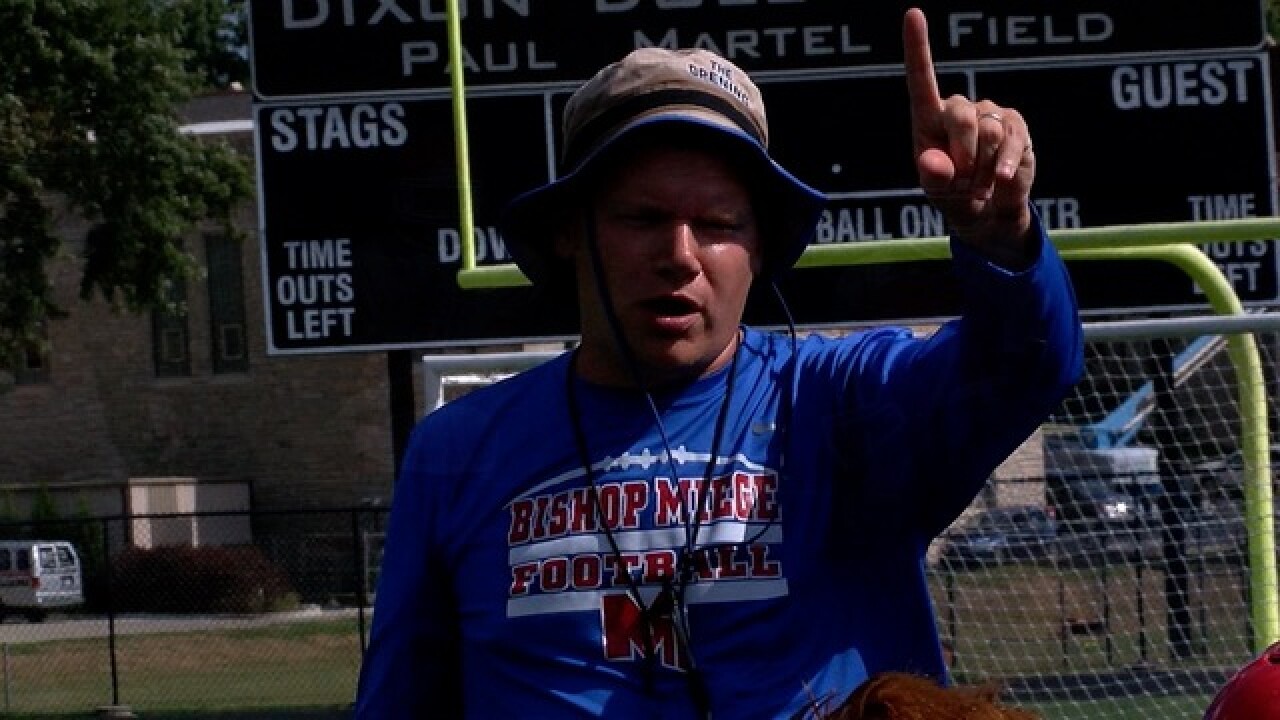 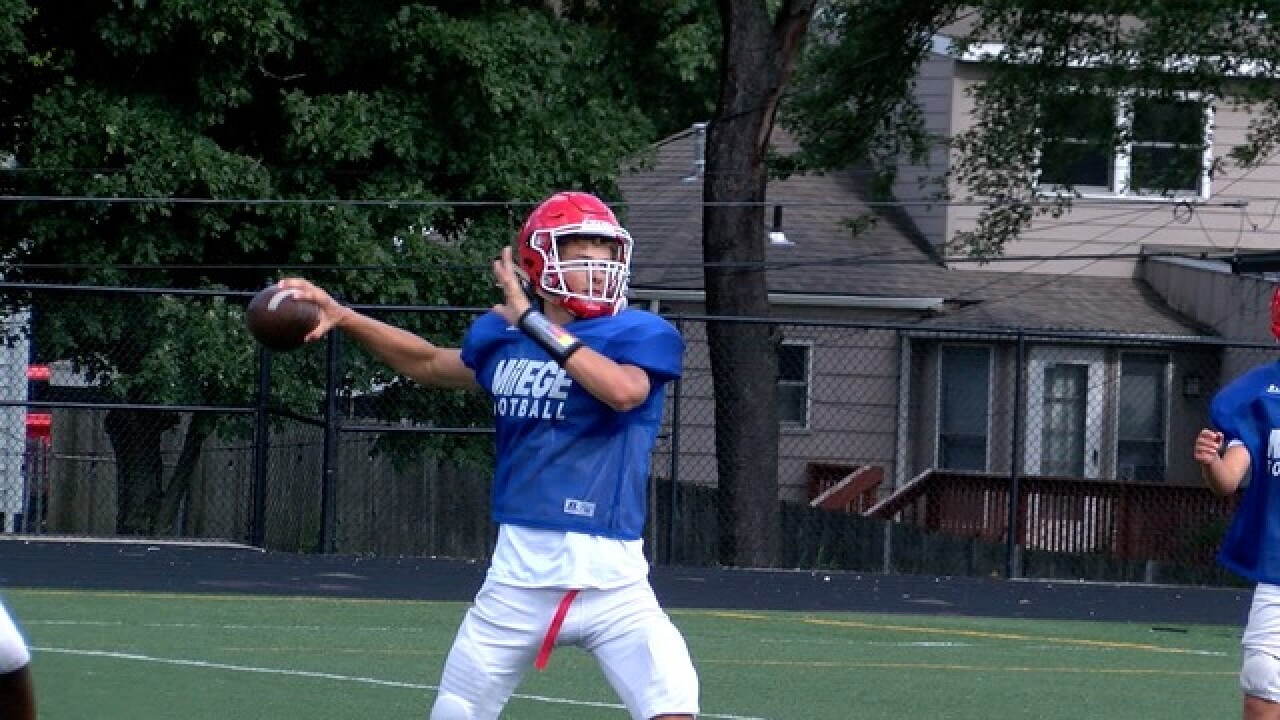 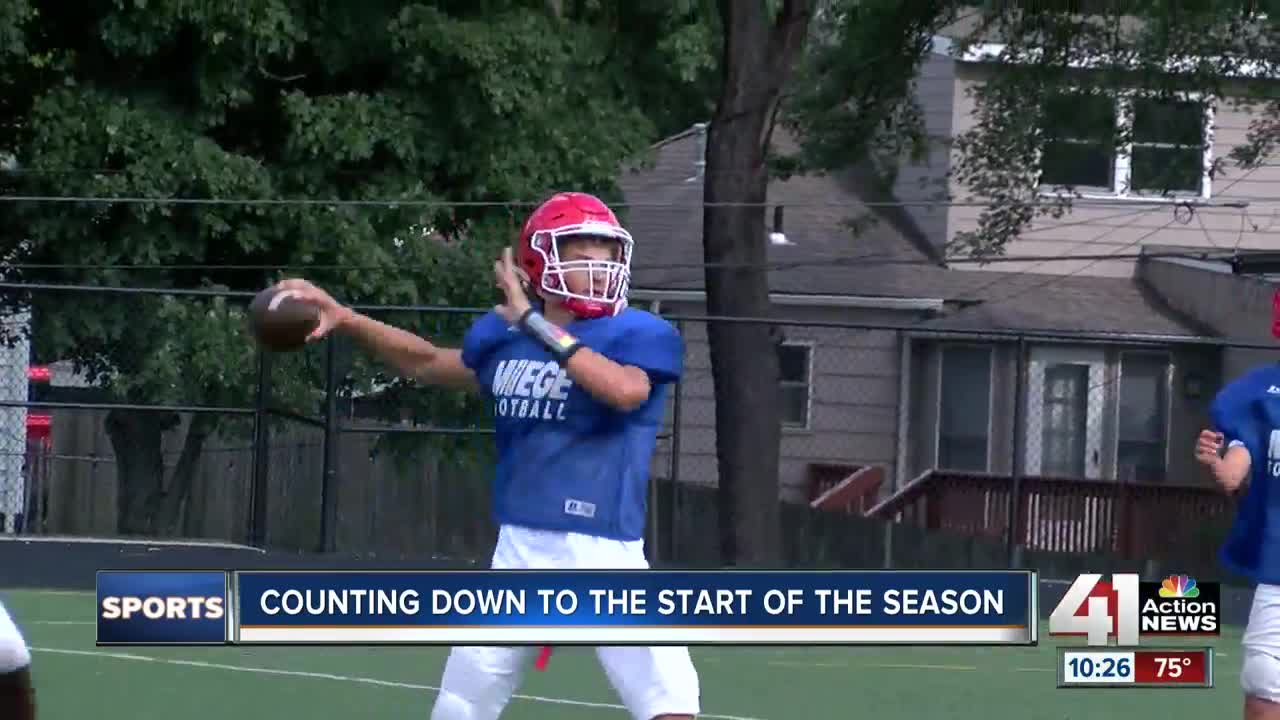 ROELAND PARK, Kan. — The race to the start of the high school season is on. We're counting down the 10 best teams in the metro area. Of course, with high school football, it's all subject to change.

The Stags destroyed Andale 47-7 in the Kansas Class 4A, Division I state championship and finished 13-0, claiming their fourth straight state title.

This year's senior class has a chance to match that record as Stags coach Jon Holmes continues to set the bar extremely high for his team.

"You set your expectations from the get-go and that's what we've done with our guys," Holmes said. "Our guys wanna compete for a state championship every year. Last year's class was able to win four in a row. So now, our senior class is coming in. We have 16 of them. They're a great group of guys. They all know how to win and, so far in camp, they've shown these younger guys how to do it."

One of Miege's senior leaders is linebacker Dylan Downing.

Holmes called him the anchor of the defense after he finished with 142 tackles last season.

Aside from winning another state championship, Downing said his biggest personal goal is to eclipse his tackles total as a senior and become an even bigger presence on the field.

The Stags have reason to expect a tougher season in 2018, which starts with a showdown Aug. 30 against defending Kansas Class 6A state champion Blue Valley North.

It will be the first time the Stags and Hawklets have played in 42 years.

"That game's gonna be crazy, for sure," Downing said. "It's gonna be one I'll remember my whole life. All of the (graduating) classes, I've heard so many people texting me saying, 'Hey, you guys ready for Rockhurst?' I'm like, 'First, we've got to get there.' But the school's already talking about it, too."

Among the biggest challenges for Miege is replacing quarterback Carter Putz, who signed with Notre Dame for baseball.

Quarterback Sam Pedrotti is the new sheriff in town. Even though he has big shoes to fill, Pedrotti said he's ready for the challenge.

"It means a lot," Pedrotti said. "You know, we saw the seniors win last year. We're just trying to keep that tradition going and keep it going for everybody else in the city who wants to see us win."