Lopez has a banner night vs Twins 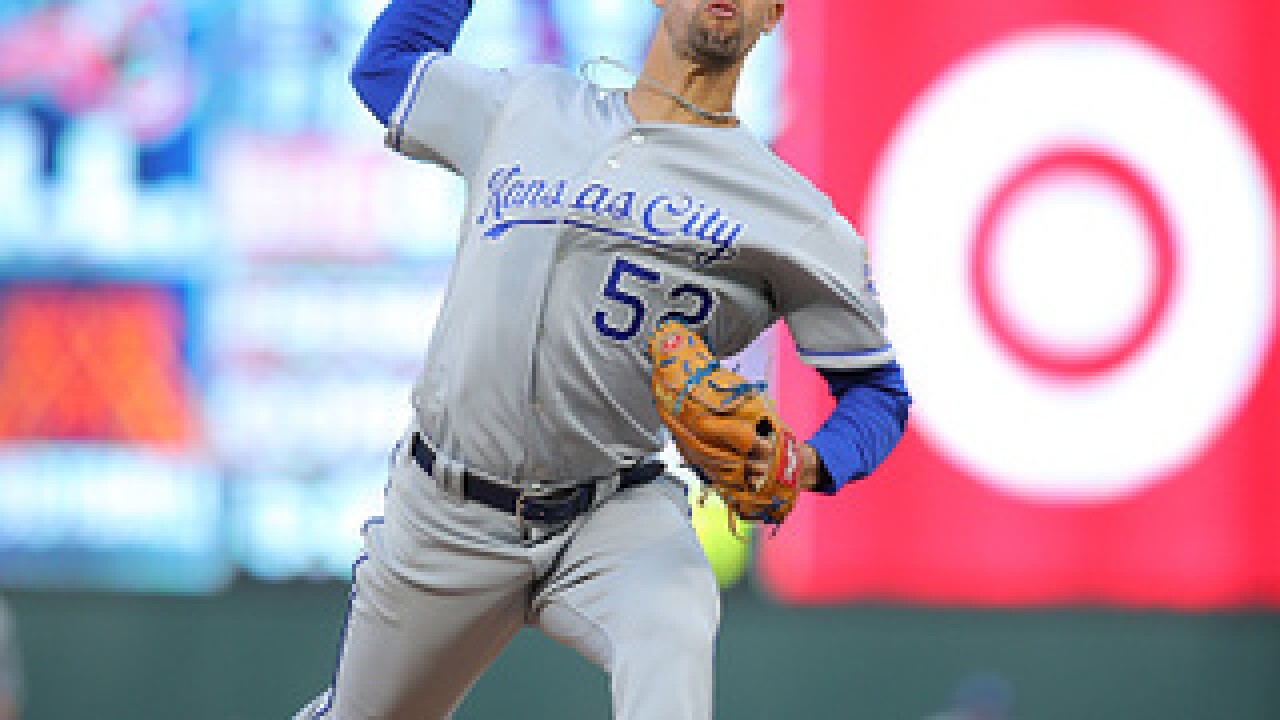 Copyright 2018 Scripps Media, Inc. All rights reserved. This material may not be published, broadcast, rewritten, or redistributed.
Adam Bettcher
<p>MINNEAPOLIS, MN - SEPTEMBER 08: Jorge Lopez #52 of the Kansas City Royals pitches in the third inning against the Minnesota Twins at Target Field on September 8, 2018 in Minneapolis, Minnesota. (Photo by Adam Bettcher/Getty Images)</p>

MINNEAPOLIS, Minn-Kansas City Royals rookie Jorge Lopez allowed a walk and a single to start the bottom of the ninth inning, ending his bid for a perfect game — and then a no-hitter — against the Minnesota Twins.

After retiring his first 24 batters, Lopez walked Max Kepler on a 3-1 pitch leading off the ninth Saturday night. Robbie Grossman followed with a clean single to center field, and Lopez was removed from the game after 110 pitches.

He was charged with one run in Kansas City’s 4-1 victory.

A 25-year-old right-hander, Lopez was making his seventh big league start and fifth for the Royals since he was acquired from Milwaukee in the late-July trade that sent Mike Moustakas to the Brewers.

Lopez struck out four. The closest Minnesota came to a baserunner through eight innings was when right fielder Jorge Bonifacio raced back to the wall to grab Jorge Polanco’s liner in the fourth.

Heading into the ninth, Lopez had gone to five three-ball counts — including the first three batters of the game — but none since the fifth inning.

Lopez made his big league debut with the Brewers in 2015, when he made a pair of late-season starts. He spent most of the next two years in the minors, making one relief appearance for Milwaukee in July 2017. Lopez had 10 appearances for the Brewers this year, all in relief, and entered 1-3 with a 5.66 ERA for the Royals.

Whit Merrifield and Alex Gordon had RBI singles for Kansas City, and Adalberto Mondesi doubled in a run.