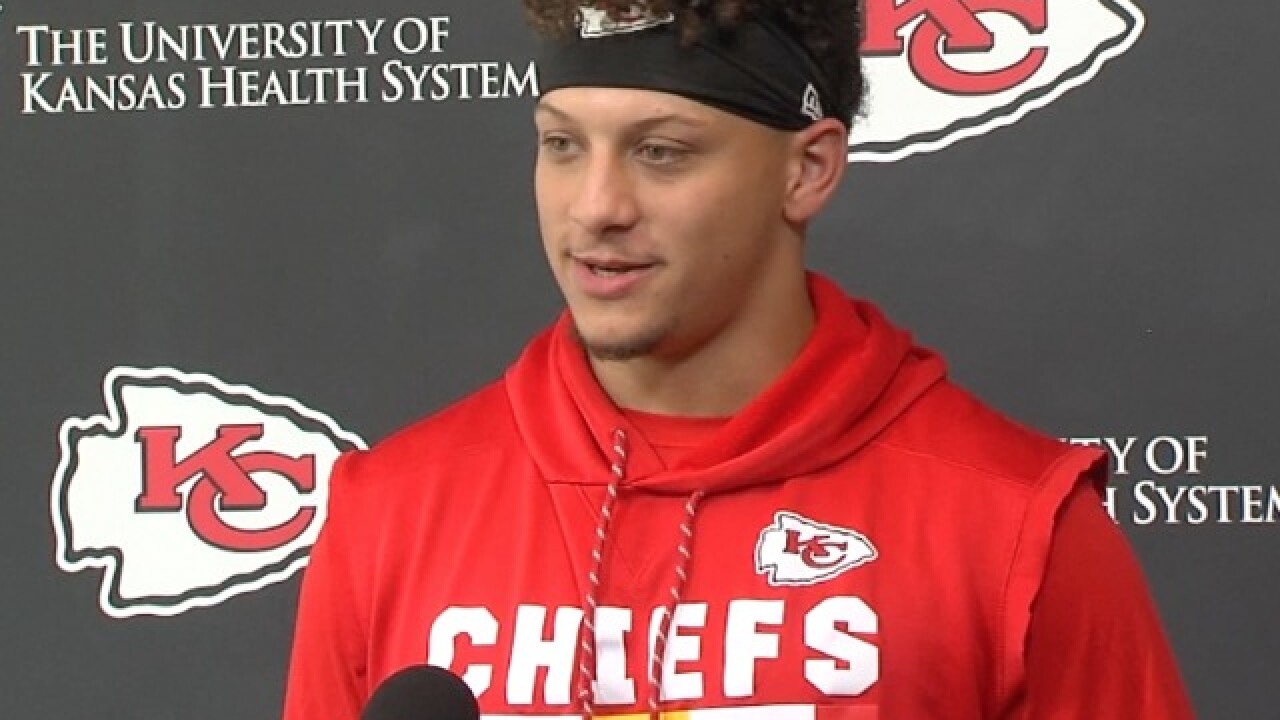 KANSAS CITY, Mo. — Chiefs are off to face one of the most talked about football teams in the country. The Cleveland Browns are a team that can't seem to catch a break coming in with a 2-5 record.

The Chiefs went back to work this afternoon at the practice facility at Arrowhead, and while they have nothing but respect for the Browns. Cleveland is having a scary week after firing their head coach and offensive coordinator.

Quarterback Patrick Mahomes has been putting fear in opposing defenses, but during a recent trip to a local haunted house, It was Mahomes shaking in his boots.  Easy to see he was the most scared of his group.

"It was definitely me." Said Mahomes. "I didn't want to go the haunted house, but I got roped in. I kind of got forced in there because they asked my girlfriend and some of the other girls. Then I had to go. I'm definitely not for ANY haunted house, so I don't have to rank them at all, they are all scary to me."

One of the most popular costumes in K.C. this year has been Patrick Mahomes.  According to his twitter page, he is loving seeing all the kids dressed as "Patty Cakes" this Halloween.