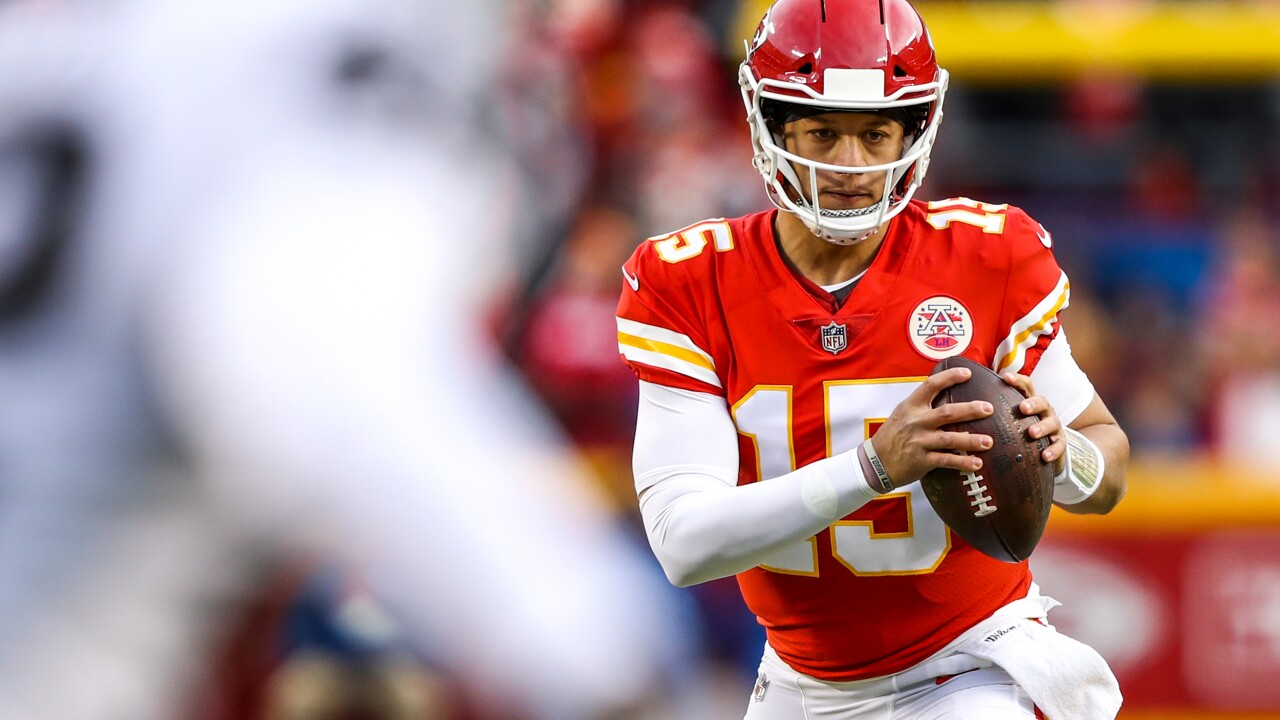 KANSAS CITY, Mo — Electricity was in the air at Arrowhead as fans made it clear who they think should be the the NFL's most valuable player for 2018.

"Pat Mahomes is amazing!" said Chiefs' defensive end Chris Jones. "We had all kinds of records set and broke tonight."

With an 89-yard touchdwon pass to Demarcus Robinson, Mahomes cemented his name as having one of the best seasons ever. He now joins Peyton Mannng as the only players to have 50 touchdown passes and 5,000 yards. When it comes to the MVP voting, Mahomes gets the nod from his head coach.

"Yeah he's been the MVP,"said Andy Reid. "He's done good. He's a heck of a player, I was fortunate enough to be around a 3-time MVP and a couple of guys who were right on the edge of being the MVP. This guys is in that category."

Mahomes is taking a much more humble approach.

"There are a lot of guys that have played this year that I feel like deserve the MVP. It's not up to me. I just go out there and play my game and try to win football games and let all that stuff handle itself after the season," said Mahomes.

"1-5 is a special individual," said tight end Travis Kelce. "What he does for this team, for this community, it's unbelievable. It sure has been a pleasure to play with him and witness the greatness that he has been able to put out there on the field."