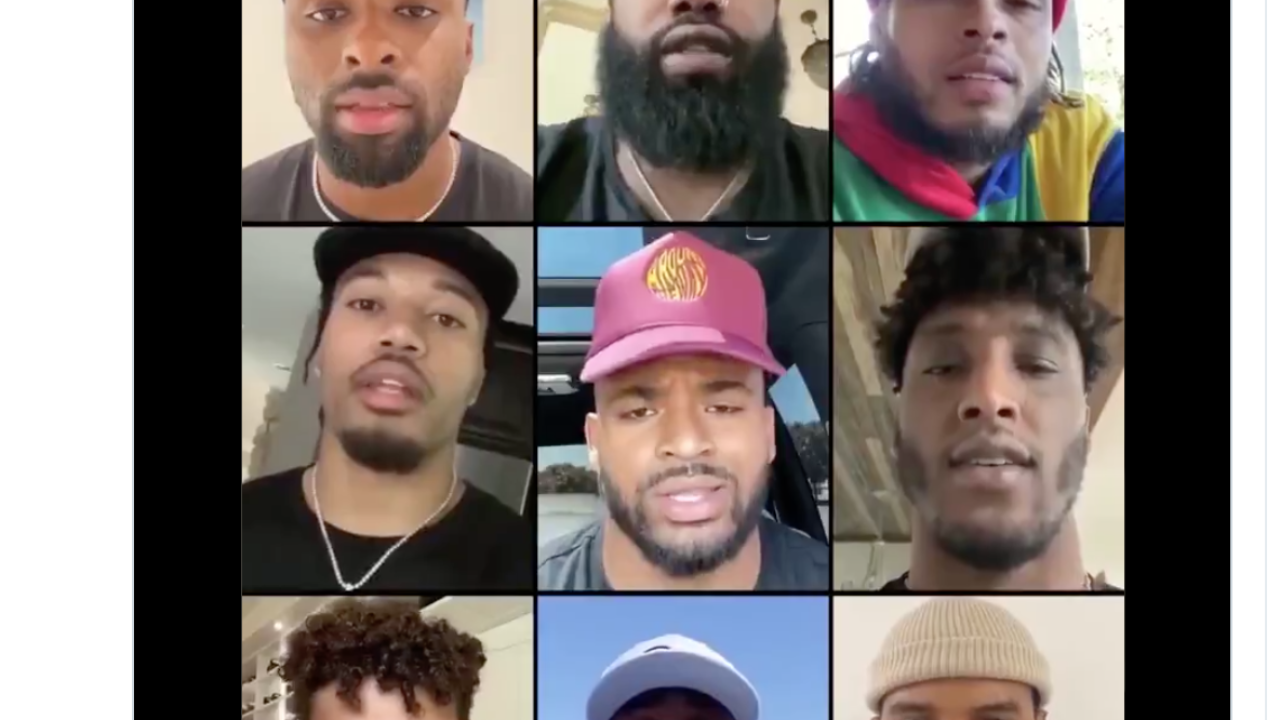 Photo via Twitter
Kansas City Chiefs players Patrick Mahomes and Tyrann Mathieu joined other NFL stars in an impassioned plea to the league to take a stronger stance against police brutality and racial injustice.

In the video, shared on social media Thursday, the NFL players made some direct requests to the league.

In addition to condemning racism and believing black lives matter, the players asked the NFL to “admit wrong in silencing our players from peacefully protesting.”

In 2016, former San Francisco 49ers quarterback Colin Kaepernick took a knee during the national anthem as a way to protest racism and police brutality. The next season, Kaepernick opted out of his contract before getting released and has not been signed by another team since.

In a powerful statement, the players also listed, one by one, a number of black people who have been killed by police or in racially charged incidents: George Floyd. Breonna Taylor. Ahmaud Arbery. Eric Garner. Tamir Rice. Trayvon Martin. Michael Brown. Phillip White.