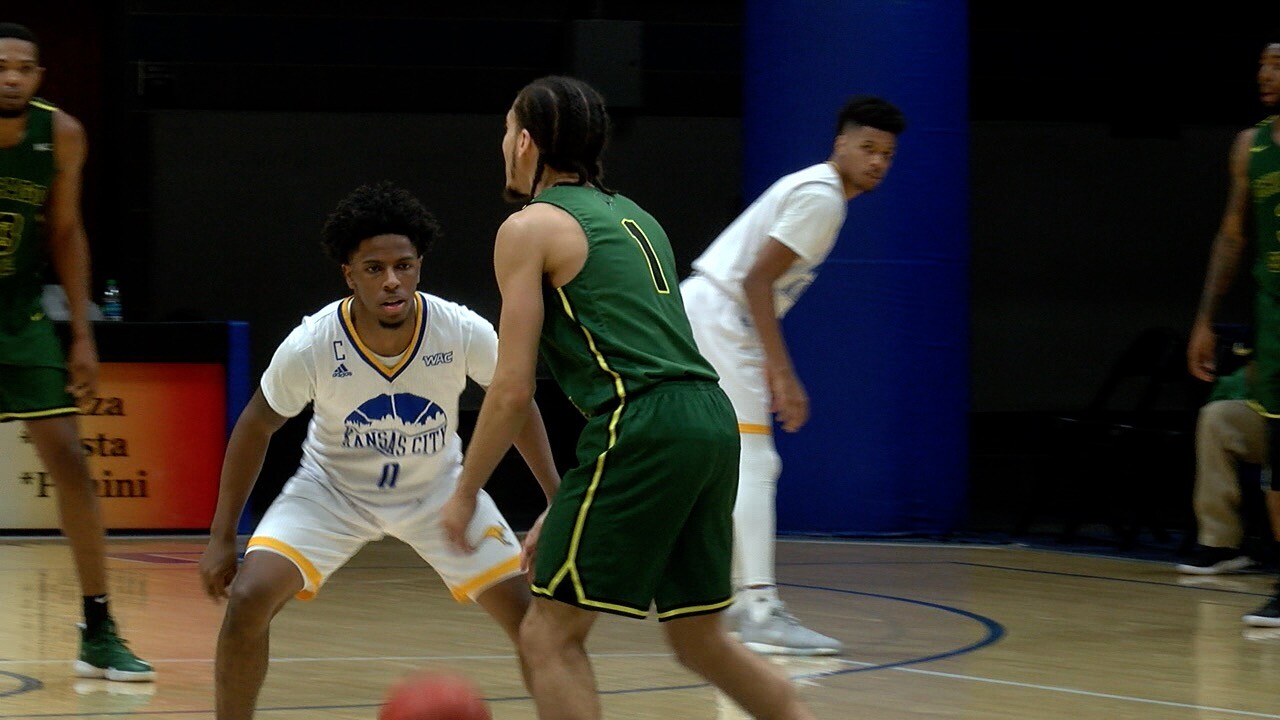 Copyright 2019 Scripps Media, Inc. All rights reserved. This material may not be published, broadcast, rewritten, or redistributed.
Ryan Marshall
UMKC junior guard Xavier Bishop defends the ball during a game against Chicago State.

McKissic scored on a fast-break layup giving UMKC the lead for keeps at 59-57 with 9:20 left and forcing a Chicago State timeout. He was 9 of 12 from the floor with four rebounds and no turnovers, leading four UMKC players into double-digit scoring. Jamel Allen added 16 points with three 3-pointers, Xavier Bishop scored 14 and Jordan Giles 10.

The Kangaroos (6-10), who played at the Swinney Recreation Center on campus after playing its nonconference games at Municipal Auditorium, went 25 of 32 at the foul line.

The Kangaroos scored seven straight points after McKissic's tie-breaker and led by as many as 12 the rest of the way. The Cougars led twice in the second half, the last on a Travon Bell 3-pointer for a 57-56 lead.

Anthony Harris scored 17, Rob Shaw added 15 points with eight assists, and Christian Jacob scored 16 for Chicago State (3-13), which has lost its last five. The Cougars had 20 assists on 30 made baskets.