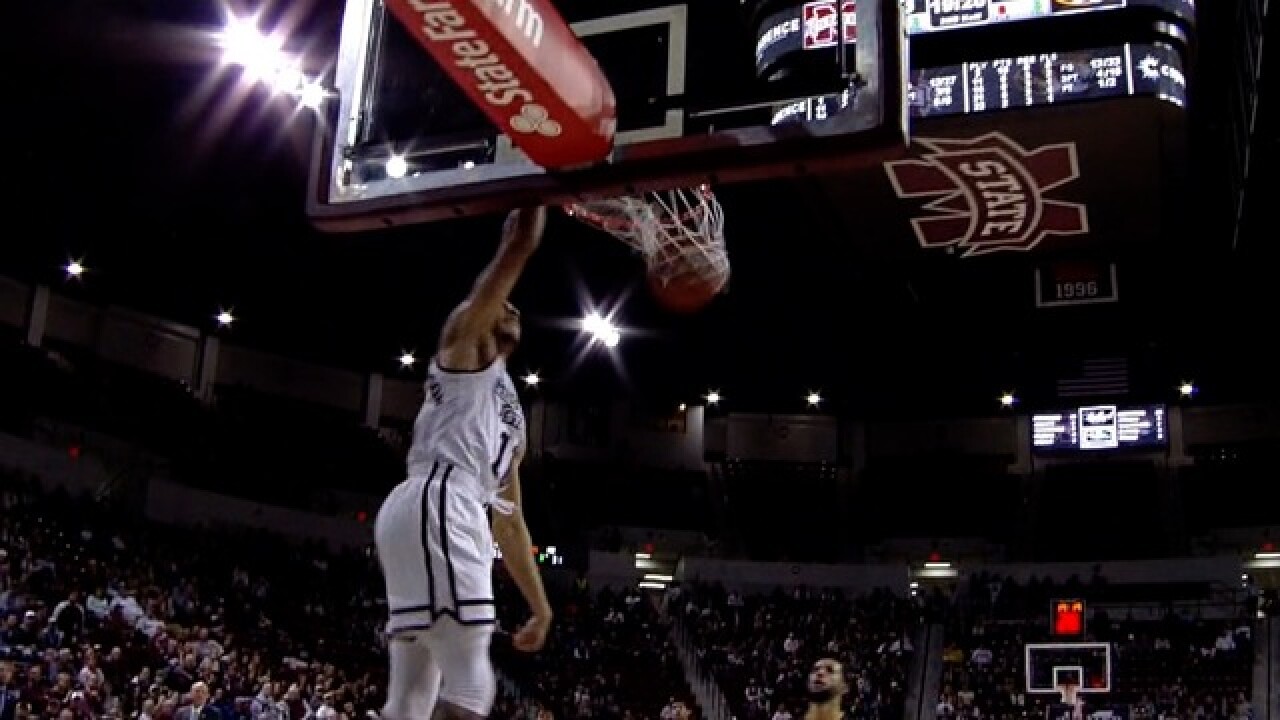 The win snapped a two-game losing streak for the Bulldogs (15-6, 3-5 SEC). Abdul Ado and Nick Weatherspoon each had 12 points for Mississippi State while Tyson Carter added 10 points.

The first half featured four lead changes and three ties. Missouri jumped out to a 17-10 advantage in the opening seven minutes before Mississippi State responded with an 11-4 run to tie the game at 21.

The Tigers then reeled off eight straight points to regain the lead at 29-24 only to see Mississippi State tie the game at 31 following Holman's buzzer-beater to end the first half.

Missouri: The Tigers have now lost four of their last five SEC games. The road only gets tougher for Missouri with a trip to Alabama on Tuesday and the Crimson Tide are fresh off a win over No. 12 Oklahoma.

Mississippi State: After losing five of their last six SEC games, the Bulldogs were in dire need of a conference win. Mississippi State is now 14-1 at Humphrey Coliseum this season.

Missouri remains on the road and will travel to Alabama on Tuesday.

Mississippi State returns to the road as the Bulldogs travel to South Carolina on Wednesday.