Mizzou looks to knock off No. 21 Xavier 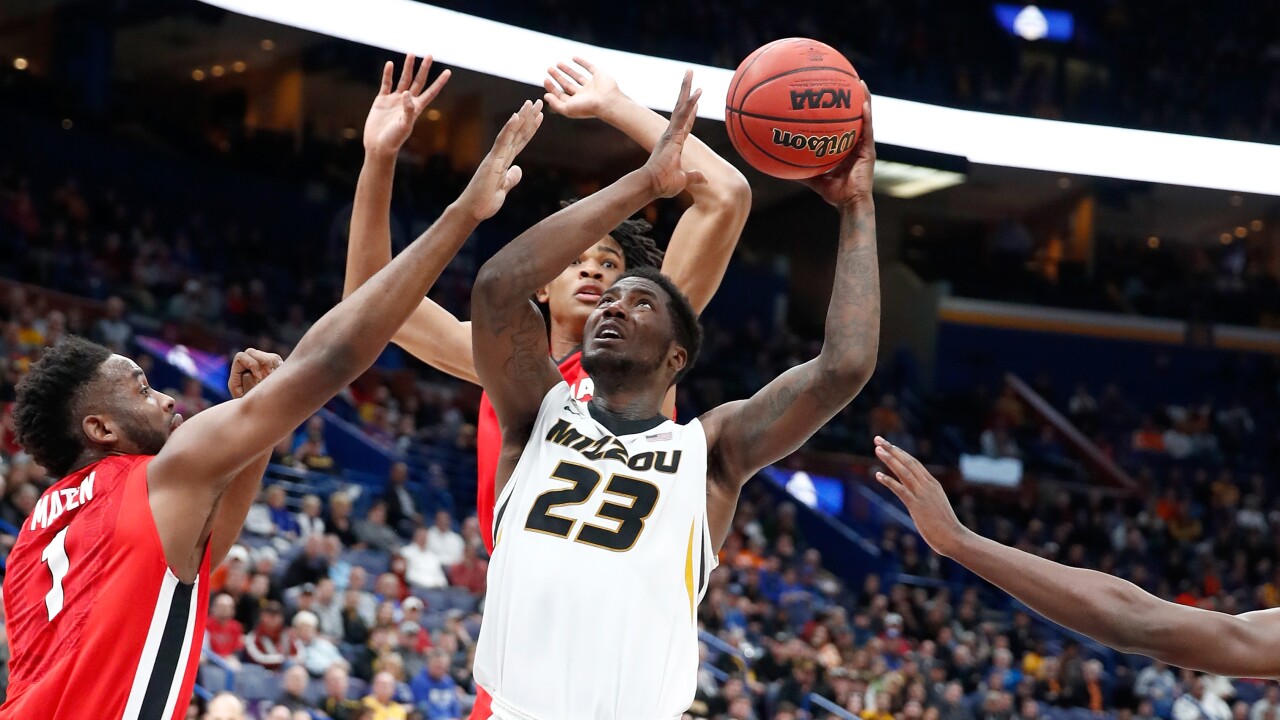 Andy Lyons/Getty Images
ST LOUIS, MO - MARCH 08: Jeremiah Tilmon #23 of the Missouri Tigers shoots the ball against the Georgia Bulldogs during the second round of the 2018 SEC Basketball Tournament at Scottrade Center on March 8, 2018 in St Louis, Missouri. (Photo by Andy Lyons/Getty Images)

BOTTOM LINE: No. 21 Xavier looks to give Missouri its seventh straight loss against ranked opponents. Missouri's last win vs a ranked opponent came against the then-No. 21 Texas A&M Aggies 62-58 on Feb. 13, 2018. Xavier is coming off an 81-63 win over Siena in its most recent game.

STEPPING UP: Xavier's Tyrique Jones has averaged 18.5 points and 8.5 rebounds while Naji Marshall has put up 18.5 points, seven rebounds and 5.5 assists. For the Tigers, Jeremiah Tilmon has averaged 14.5 points, six rebounds and 3.5 blocks while Xavier Pinson has put up 11.5 points and 5.5 assists.TERRIFIC TILMON: Across two appearances this season, Missouri's Tilmon has shot 80 percent.

FLOOR SPACING: Missouri's Pinson has attempted four 3-pointers and has connected on 25 percent of them.

TENACIOUS TIGERS: Missouri has held opposing teams to 49 points per game this season, the ninth-lowest figure among all Division I teams.