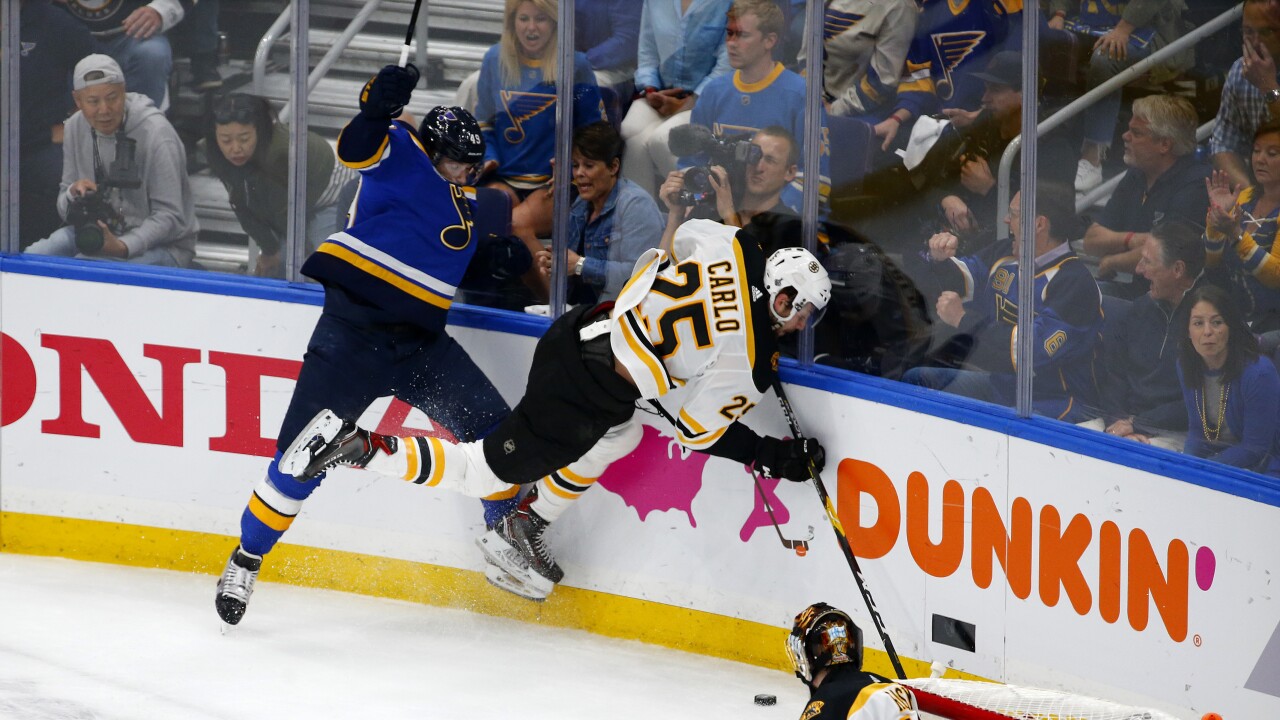 NEW YORK (AP) - The NHL has suspended St. Louis Blues forward Ivan Barbashev for one game for an illegal check to the head of Boston Bruins forward Marcus Johansson during Game 5 of the Stanley Cup Final.

The check occurred 5:24 into the first period of St. Louis' 2-1 victory Thursday night.

The 23-year-old Barbashev has played in each of the Blues' 24 playoff games this year. He has three goals and three assists in the postseason.

The NHL's department of player safety announced the suspension on Friday.

The Blues can clinch the franchise's first championship with a victory in Game 6 on Sunday night in St. Louis.