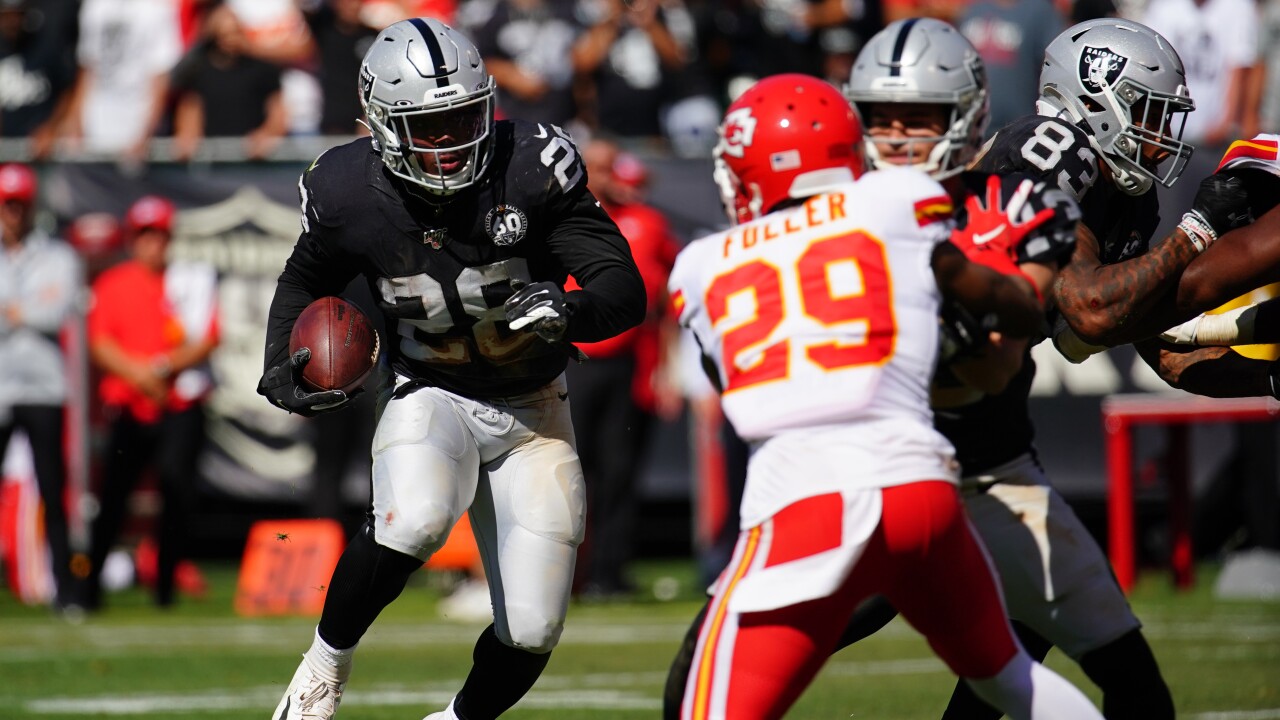 KANSAS CITY, Mo. — The Kansas City Chiefs can put themselves in a favorable position Sunday with a win against the Oakland Raiders at Arrowhead Stadium.

The three-time defending AFC West champion Chiefs currently have a one-game lead and would own the tiebreaker over the Raiders.

With a win this weekend, Kansas City essentially would have a three-game lead in the division with four games to play by locking up the tiebreaker and moving to 8-4 overall while dropping Oakland to 6-6.

Raiders quarterback Derek Carr has never won at Arrowhead Stadium in five career appearances. He’s also 2-9 all-time when playing in temperatures below 50 degrees. The current forecast calls for a high in the upper 30s on Sunday.

Of course, with a loss, KC and Oakland would be in a dead heat at 7-5 with the Chiefs headed to New England the following week.

It’s a critical game for Kansas City to create some significant distance in the standings and inch closer to a postseason berth. Here are the ways the Chiefs can achieve that result regardless of the stats:

The Raiders’ first-round pick at running back is the key to their offense by regularly putting Oakland in a favorable down and distance.

Jacobs’ play allows Carr to stay on track with short and intermediate throws and allows him to get into rhythm.

The Chiefs probably will need to dedicate seven to eight defenders in the box on early downs to create longer third downs.

Carr wants the ball out his hand quickly and with a comfortable window for the route, so the Chiefs’ secondary and overall coverage will need to force him to hold onto the ball.

Kansas City’s pass rush can have a bigger impact on this rematch. Defensive coordinator Steve Spagnuolo will need to mix up his coverage with some disguised blitzes to rush Carr early.

The defensive line will likely have an extra second or so to get to Carr in the pocket.

The Raiders are weak in the middle defensively from a coverage perspective.

The Chiefs would benefit from attacking them early with the trips formation and stretching the safeties vertically early.

That may force Oakland’s linebackers into some deeper and wider drop, which also would open up passes in the flats.

Last time, Kansas City was able to isolate the safeties’ lack of speed and throw over the top even without Tyreek Hill available.

Once the Chiefs have flooded the secondary with the trips formations, it should open up the middle of the field.

The Raiders are weak here already, so attacking that area of the field can create even wider windows to throw the football.

It also should open up the underneath and intermediate routes for significant yards-after-the-catch opportunities.

Oakland has struggled with maintaining the edges in the run game.

Defensive end Maxx Crosby has been a significant factor rushing the passer with 5.5 sacks in the past three games, but the Raiders’ defense is also allowing explosive run plays off-tackle and with jet sweeps.

Kansas City can keep Oakland’s defense off balance in both the run and pass if they can seal the edge.

The Chiefs have an opportunities to put together both a strong and decisive performance if they can execute against these areas of weakness.

And a win all but assures another AFC West crown.